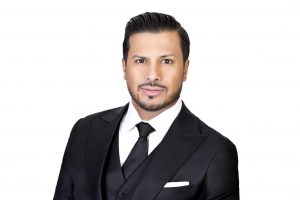 LAS VEGAS – Naqvi Injury Law has been recognized as one of America’s fastest growing private companies in the 2016 Inc. 5000. It is the sole Nevada law firm listed and is ranked at #2070. The firm was founded by managing partner Farhan Naqvi, who has handled more than 4,000 personal injury cases.

The 2016 Inc. 5000, unveiled online at Inc.com and with the top 500 companies featured in the September issue of Inc. (available on newsstands August 23) is the most competitive crop in the list’s history. The average company on the list achieved a three-year growth of 433%. The Inc. 5000’s aggregate revenue is $200 billion, and the companies on the list collectively generated 640,000 jobs over the past three years, or about 8% of all jobs created in the entire economy during that period.

“We are honored to be included with some of the country’s most innovative private companies,” said Naqvi. “We look forward to continued growth in the coming years.” Naqvi Injury Law is one of 20 Nevada companies on the 2016 Inc 5000 list. The companies, ranked by revenue growth during the past three years, had growth ranging from 3,729% to 65% growth during the period.

Naqvi employs a staff of over 20 employees in his Las Vegas office and handles an average of over 700 cases per year. He has personally litigated nearly 1,000 cases and has never lost a jury trial. He is in the process of building a large mock courtroom in his office building to hone his firm’s litigation strategies and provide courtroom opportunities to both law students and fellow attorneys.

“The Inc. 5000 list stands out where it really counts,” says Inc. President and Editor-In-Chief Eric Schurenberg. “It honors real achievement by a founder or a team of them. No one makes the Inc. 5000 without building something great – usually from scratch. That’s one of the hardest things to do in business, as every company founder knows. But without it, free enterprise fails.”
ABOUT NAQVI INJURY LAW
Naqvi Injury Law was founded in 2008 by Farhan Naqvi, who has been practicing law since 2003. Over the course of his career, Naqvi has obtained millions of dollars in compensation for his clients. In recognition of his efforts on his clients’ behalf, Naqvi is a member of the Million Dollar Advocates Forum, has received the highest possible rating of AV Preeminent from Martindale Hubbell, and holds an Avvo “Superb” rating.