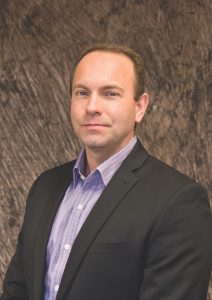 GLVAR reported the median price of existing single-family homes sold during July through its Multiple Listing Service (MLS) increased to $236,000. That was up 7.3 percent from $218,000 one year ago.

Meanwhile, GLVAR said the median price of local condominiums and town homes, including high-rise condos, sold in July was $115,000, the same as last month and last year at this time.

“The local housing market is having a pretty solid summer so far,” said 2016 GLVAR President Scott Beaudry, a longtime local REALTOR®. “Home prices have been going up gradually. Although we sold fewer homes and condos in July than we did during the previous month and year, sales have been running ahead of last year’s pace. Our tight inventory might finally be slowing down our sales pace. Sales slipped the most during July for lower-priced homes. This suggests it’s getting harder for entry-level buyers to find the homes they want.”

Beaudry said local home sales for the first half of 2016 had been outpacing 2015, when GLVAR reported 38,578 single-family home, condominium, town home and high-rise condo sales. That was more than in 2014, but fewer sales than during each of the previous five years.

Even with a slight drop in sales during July, Beaudry said Southern Nevada still has less than a three-month supply of homes available for sale, when a six-month supply is considered to be a balanced market.

Though they continue to make up a smaller percentage of all local home sales, Beaudry said short sales may continue to be an attractive option for some homeowners this year since Congress voted in late December to again extend the Mortgage Forgiveness Debt Relief Act of 2007, as REALTORS® advocated. If Congress had not voted to again extend this tax break to help distressed homeowners, any amount of money a bank wrote off in agreeing to sell a home as part of a short sale would have been taxable when sellers file their federal income taxes.

GLVAR said 25.8 percent of all local properties sold in July were purchased with cash, compared to 27.1 percent one year ago. That cash buyer percentage has stabilized in recent months. It’s still less than half of the February 2013 peak of 59.5 percent, suggesting that cash buyers and investors remain more active in Southern Nevada than in most markets, but that their influence continues to wane.

These GLVAR statistics include activity through the end of July 2016. GLVAR distributes such statistics each month based on data collected through its MLS, which does not necessarily account for newly constructed homes sold by local builders or homes for sale by owners. Other highlights include:

GLVAR was founded in 1947 and provides its more than 12,500 local members with education, training and political representation. The local representative of the National Association of REALTORS®, GLVAR is the largest professional organization in Southern Nevada. Each GLVAR member receives the highest level of professional training and must abide by a strict code of ethics. For more information, visit www.LasVegasRealtor.com.