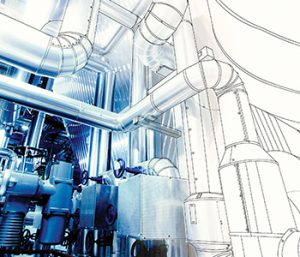 A major focus of the state’s economic development organization and other agencies throughout Nevada is growing and supporting the state’s manufacturing industry, and their efforts continue to bear fruit.

“There are so many people working right now, from the governor all the way down, to make sure we provide workforce and housing and stimulate the economy in ways that have never been done before,” said Rob Hooper, executive director, Northern Nevada Development Authority (NNDA), the economic development organization for the state’s Sierra region.

The sector, which accounts for 40,000-plus jobs, includes companies that make goods along with the enterprises — packaging, logistics, warehousing and transportation — that provide services to them. While Nevada is home to manufacturing firms of all sizes, most are small to medium sized, data from the Nevada Governor’s Office of Economic Development (GOED) show. Together these companies produce a gamut of items.

Within manufacturing, printing and publishing and metals fabrication are the largest segments. Other significant ones include electronics, furniture and fixtures, chemicals, industrial machinery and equipment, paper products, lumber and wood, textiles and apparel, rubber and plastics and transportation equipment, explained Terry Culp, deputy director, of Nevada Industry Excellence (NIE), the industrial outreach program for the Nevada System of Higher Education (NSHE).

A Network of Support

Nevada’s economic development agencies continue to recruit new manufacturing companies to the state and aid those here in expanding. Industry and business support organizations are also working to help manufacturers find locations, connect with a workforce, tend to details for obtaining incentives, meet regulations and more.

“The level of collaboration between [the groups] is at an all-time high,” Hooper said.

Nevada Industry Excellence is one such support group. NIE is a non-profit organization started in 1995 that’s dedicated to helping small and medium-sized companies, primarily manufacturers, be successful. With offices in the North and South, it offers services in four primary areas: lean technology, quality systems, energy and growth.

Its Train Employees Now program helps companies hire people and then train and get them acclimated to their new company and employer. Its ExporTech offering provides resources and consultants for and helps firms with entering or expanding into global markets.

When a company calls NIE for assistance, representatives visit the worksite, develop a point solution to the stated problem and engage professionals, sometimes NIE staff but most often third parties, to guide the business in meeting the challenge — all at no cost to the manufacturer, Culp said. For instance, the organization might engage a local CPA firm to help a business get tax credits or an expert to train staff in Six Sigma, a data-driven approach to eliminate defects in processes, including manufacturing processes.

MicroMetl Corp., an HVAC (heating, ventilation and air conditioning) accessories manufacturer with a 149,000-square-foot facility and 138 employees in Sparks, began taking advantage of NIE’s offerings four years ago, said Bill Martin, director of quality systems and safety. The organization helped MicroMetl obtain a federal grant to implement lean techniques into its manufacturing system and trained the staff in the same. Martin has every new hire take NIE’s Lean Manufacturing 101 course.

The business currently is tackling NIE’s Training Within Industry, a program that teaches essential skills for supervisors, team leaders and anyone who directs the work of others.

“They’ve (NIE) been very valuable to us as a company, to MicroMetl,” Martin said.

In addition to helping implement lean manufacturing practices, NIE advised Gayle and Peter Brock, the owners of Aerovault LLC, on the company’s transition from the start-up to the production phase. Aerovault is a Henderson-based, nine-employee manufacturer of aerodynamic, high-end car trailers.

“It was so beneficial to have a third party come in and independently come up with these recommendations,” Gayle Brock said.

The NNDA and the Economic Development Authority of Western Nevada (EDAWN) this year created the Western Manufacturing Alliance (WMA), a 501(c)3 coalition of manufacturers, for manufacturers, led by manufacturers, Hooper said. Its purpose is to support the growth and success of next-generation manufacturers by applying seven defined, key strategies to take them to a world-class level.

Led by Lt. Governor Mark Hutchison, the WMA has held two roundtable discussions on how the state can support manufacturers and ancillary businesses. Forty-seven companies participated.

“By starting to work together on these issues where the economic development agencies can bring to them these programs that are out there, we can get everybody to increase their capabilities through this alliance,” Hooper said. “That will help them return to a higher level of sales and attract more supply chains, logistics and manufacturers here.”

Manufacturing, which is now a main contributor to the Silver State’s economy, is swelling. Since 2010, it has grown at a rate of 12 percent, which compares to the national average of 7.2 percent, according to GOED statistics.

“Not only are existing companies flourishing and expanding here but, because Nevada is such a business friendly state, especially for manufacturing, the economic development folks throughout the years have been quite successful in attracting new manufacturers to Nevada as well,” Culp said.

One example of the growth can be found in NNDA’s territory, Carson City along with Churchill, Douglas, Storey and Lyon counties, Hooper said. Since 2010, an average of 1.2 manufacturers per month have moved into the area. For example, AZZ Inc., a provider of galvanizing services, welding solutions and specialty electrical equipment, opened a plant in the Tahoe-Reno Industrial Center in Storey County earlier this year. Late in 2015 Peterson Products, which manufactures reinforced plastic composites, relocated from California to Dayton. In that dense manufacturing zone, the industry is burgeoning.

It injects out-of-state capital into Nevada, where it cycles through secondary businesses, Hooper added. It provides additional monies to our cities, counties and state in the form of taxes.

With it comes new jobs, and a large multiplier means that, for every manufacturing job created, 2.85 other positions are added, Walden explained.

Two companies alone that are coming to the state — Faraday Future and Mary’s Gone Crackers — will generate an estimated 4,900 jobs. Construction is underway on the $1 billion facility in North Las Vegas for Faraday, a developer of intelligent electric vehicles and mobility solutions. Mary’s Gone Crackers, a manufacturer of organic, gluten-free snack foods, plans to occupy a 420,000-square-foot facility in Reno by the fall. Manufacturing also pays well, an average of $70,000 per year, to higher-skilled and better-educated individuals, Walden noted.

A stable industry, manufacturing helps diversify Nevada’s economic base, allowing the state to better weather economic ups and downs, Culp said. “It helps buffer the impact of discretionary income that is really what the gaming and tourism industry kind of relies on,” he added.

The biggest impediment to getting manufacturers to relocate to Nevada has been and remains a statewide shortage of qualified workers in terms of volume and quality, but the situation is better than it’s ever been, Hooper said. That’s because the NSHE, community colleges, career academies, economic development agencies, other organizations and manufacturers themselves have been working together to provide the necessary curricula and training to meet the need.

Efforts also are being undertaken to teach youths about careers in manufacturing and foster their learning of science, technology, engineering and math (STEM) skills.

“We’re getting kids more acclimated to the fact that manufacturing is becoming more high tech,” Culp said. “It’s clean and it’s a great place to work because you make good money and have great benefits.”

In October for national manufacturing day, NIE and the school districts arrange for high schoolers, their parents and teachers to tour various manufacturing plants for a firsthand look.

Along with educating and training individuals here, Nevada also must get better at attracting people from out of state to move here to work, Hooper said, because so many skilled workers are needed and needed now.

A statewide shortage of available buildings to be used as manufacturing facilities, 10,000 square feet and larger, is another impediment to companies moving to Nevada or expanding here. In Southern Nevada, the lack of developable land is a problem, Walden said.

At times, the cost to move a manufacturing company is prohibitive, as it can be expensive when it has a lot of heavy equipment to be shipped. Also, not all manufacturing companies are a good fit for Nevada, such as those with high water requirements.

Manufacturing is quickly gaining a solid reputation in the high tech arena, both in terms of the equipment used to produce goods and also the items that are produced. Server Technology Inc. in Reno, for instance, develops rackmount power distribution units, and CGI in Carson City designs and builds precision gearboxes for robotics and automation.

A trend among many California-based manufacturers is to maintain their operating units there but add one in Nevada, a type of expansion that allows them to increase their net profit due to the lower cost of doing business in the Silver State, Hooper said. At the same time, they remain close to and can continue to serve their California customers from their new location.

In 2011, with a design and several trailer prototypes, the Brocks, previously based in Washington state, sought a new location to begin manufacturing their product. They wanted to run Aerovault LLC in a pro-business state where there is warm weather, easy airport access, affordable cost of living and signs of economic recovery after the recession. They chose Nevada, Henderson specifically, and moved in September of that year. An added benefit is that Southern California, with a sizable racecar industry, is within driving distance.

“We just really love it here,” said Gayle Brock. “It was the right move. All the data pointed to it and our experience has further confirmed that.”

A favorite aspect about doing business in Nevada, she added, is “all the resources the state and cities provide to help businesses succeed here no matter what size company. Some states will court very large companies but don’t do anything for their small businesses.”

“Nevada is very proactive in helping get businesses up and running and removing roadblocks,” Walden added.

The owners of MicroMetl selected Sparks in 1994 for a manufacturing plant because the location allowed the company to serve the production and engineering needs of its West Coast customers, particularly those throughout California, Martin said. Other factors were the cost effectiveness of operating in Nevada and available potential buildings to occupy.

Like it was with Aerovault and MicroMetl, Nevada’s location is a major draw for manufacturers, offering strong logistics infrastructure and a mere one-day drive to more than 60 million consumers and five major U.S. ports serving the Pacific Rim.

Companies can save money by not having to pay these taxes: corporate or personal income, inventory, franchise, unitary or special intangible. Further, various other tax abatements or incentives may be available to manufacturers looking to relocate here.

Nevada is business friendly and consistently has been ranked in the Top 10 of such states. GOED and the economic development agencies want companies to succeed and are willing to help them where they can, with everything from workforce to regulations.

“When you combine the low-cost profile of doing business and the geographically blessed position, why wouldn’t you want to be here?” Hooper asked.

Peter and Gayle Brock of Aerovault are considering making, for the antique automotive audience, a trailer that’s slightly larger than its current product, as well as someday expanding globally.

Both are emblematic of Nevada’s manufacturing industry as a whole, as experts expect more expansions of in-state companies as well as additional out-of-state businesses starting operations here.

“I just see a bright future and continued growth in all of our manufacturing,” Walden said. “With [the various] agencies working together and GOED leading the charge and the state’s willingness to get businesses up and running as fast as they do, I just see a lot of growth and a lot of opportunity for us.”