You are here: Home / Press Release Wire / Country In The Cove Comes to Lake Las Vegas on Aug. 28: LOCASH and Tara Thompson to Perform 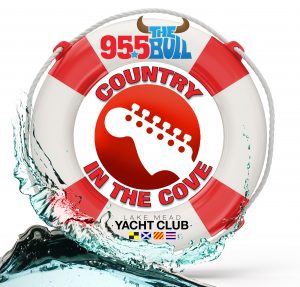 LOCASH and Tara Thompson headline the annual Country In The Cove beach party on Sunday, Aug. 28. Presented by 95.5 The Bull and Corona, it moves to the beach at the Reflection Bay Golf Club at Lake Las Vegas this year. Proceeds will benefit the Lake Mead Yacht Club, which founded the country music-themed event and opened in 1955.

The Bull’s Lois Lewis and JoJo Turnbeaugh will host the party from noon to 6 p.m. which will kick off with a DJ playing country music favorites before the concert on the floating stage beginning at 4 p.m. Festivities also will include give-a-ways and a variety of Lake Las Vegas’ fee-based water sports and watercraft rentals, including kayaks, stand-up paddleboards, flyboard and pedal boats.

LOCASH, comprised of Preston Brust and Chris Lucas, topped the Country Billboard Chart at No. 2 with their hit single “I Love This Life.” Their 10-year partnership has yielded hit singles and sold-out concert appearances in the United States and abroad. They recently signed with Reviver Records and released their current single “I Know Somebody.”

Tara Thompson, the young cousin of Loretta Lynn, performs her own music, including her debut single titled “Someone to Take Your Place.” She is expected to release a full-length album later this year.

Attendees will be able to enjoy the entertainment from the Reflection Bay club house, beach or water. Entry to the event is $9.55 per person with advance tickets or $15 per person at the event. Children, age 12 and younger, are free. To purchase tickets, visit www.lakemeadyc.org.

The Lake Mead Yacht Club is a social club dedicated to the love of boating and promoting boating safety, conservation and the enjoyment of the Lake Mead recreation area.

Country In The Cove will bring Lake Las Vegas’ “Summer of Celebration” to a close. It began with the debut of the new Seasons Market in MonteLago Village and included the opening of several new home communities along with other events to highlight the many new developments throughout the Lake Las Vegas master planned residential, resort and golf community surrounding a 320-acre private lake.

Lake Las Vegas is conveniently located east off the Galleria Parkway Exit and I-515/U.S. 93/ U.S. 95. Follow signage to parking for shuttle bus service to Reflection Bay. Outside coolers are not allowed at the event.
For directions and information, visit www.lakelasvegas.com.