You are here: Home / Features / Special Reports / We are CCIM 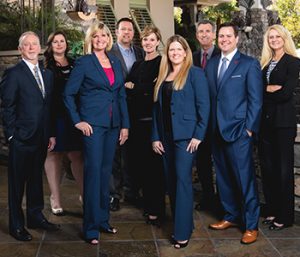 Instant recognition, credibility in the commercial real estate field is vital in today’s fast paced world of instant everything. The old adage, “you only get one chance to make a first impression” is more accurate than ever.

In the realm of commercial real estate, a CCIM designation can speak louder than words when making that critical first impression.

The CCIM designation – Certified Commercial Investment Member – is one the highest and most elite designation in commercial real estate (CRE). The classification may not come up naturally in conversation but it shows up on e-mails and business cards and subtly speaks to the expertise of the person that has earned it.

When commercial clients respond to the CCIM designation, they’re responding to a global standard of professional achievement. “They’re responding because CCIMs typically back up their designation with performance,” said Chris Richardson, CCIM communications chair. “We’re the industry leaders. It’s essentially like completing a master’s program in commercial real estate. There’s a certain amount of trust already implied with having the designation.”

The benefits of becoming a CCIM are coupled with the education component. “Going through the process of earning your CCIM designation is a huge part of the benefit,” said Jarrad Katz, president, Southern Nevada chapter.

In addition to the core classes and electives, “you have to put together a portfolio of experience that supports the fact that you actually know what you’re doing and you’ve been able to close transactions yourself and learn from those experiences,” said Cathy Jones, CCIM sponsorship chair.

Earning a CCIM in Southern Nevada comes with the added benefit of membership in the national CCIM Institute. Membership in the local chapter is just as important, in part because it leads to community involvement.

“You become a much more efficient broker when you’re involved in the community and have professional relationships with the brokers on the other side of the deal,” said Katz.

CCIM is not just for brokers, either, but also lenders, legal professionals, property managers and contractors, everyone who supports the chapter.

“There’s a direct line to all those professionals helping you through the deal process. It makes you that much better,” Katz said.

“The local chapter provides networking events modeled around how we can do business together,” added Phillip Dunning, chapter president-elect.

Being involved in the local chapter can help keep a designee grounded and connected to the national CCIM Institute, said Richardson. The national CCIM Institute, billed as “The Global Standard for Professional Achievement” in commercial real estate, is run primarily by volunteers from state chapters. From the Southern Nevada chapter, Cathy Jones serves on the Institute’s audit committee and Bobbi Miracle, chapter education chair locally, also chairs the national member services committee.

Working with the national organization helps both national and local chapters be better known. “The more our designation is known, the more we brand ourselves with the CCIM designation, the more people understand why they should hire us to do the work for them,” explained Miracle.

The national organization also provides access to DealShare for local designees, helping them connect to business opportunites. The program is online and allows CCIM members access to a network of other members who are looking to buy, lease or sell properties.

In addition, CCIM membership opens up networking opportunites beyond what is available locally with the national branch serving as a connection between Southern Nevada and CCIMs throughout the United States. Taking those connections even further, CCIM is an international platform with over 1,000 CCIMs representing 34 countries outside the United States.

The organization also has a lobbying arm geared towards protecting members’ interests in Washington.

In addition to having access to both a local and national cadre of resources, when CCIMs work together, they know they’re working on a level playing field. Everyone has the same base level of understanding, adheres to the same ethics and has the same commitment to professionalism.

“You know that you’re dealing with somebody on the other side of the deal who has a background like yours and the same goals and drive to get things done,” said Katz. “There are ethical components to being a CCIM, so you know you’re dealing with somebody who’s going to work ethically to get the job done and that’s a win-win for both parties involved.”

“I’ve done a ton of deals with other CCIMs, both locally and nationally,” said Miracle. “When I’m working with somebody who holds the designation, we both understand the integral details of the transaction, so we’re both able to understand where the other person is coming from when negotiating.”

Working with other CCIMs means working with professionals she’s probably networked with, said Robin Civish, CCIM Southern Nevada past president. “I’ve probably got a pretty good relationship with them already through our networking and events. It makes it a much easier negotiation process.”

CCIM in the Community

CCIMs are members of the communities they work in and strive to ensure those communities thrive. To that end, CCIMs are involved in a number of charitable events and the Southern Nevada chapter is heavily invested in giving back to the Las Vegas Valley.

“Obviously the local chapter is very important to the commercial real estate world, but it’s also involved in a number of charities with a few events specifically designed as charitable events,” said Devin Lee, CCIM networking and social events chair. “This chapter also donates time to other organizations. There’s a broad spectrum of giving back to the community from the CCIM group as a whole.”

From Education to Designation

In order to obtain the CCIM designation, candidates need four core classes, plus classes in negotiations and ethics. Classes are offered in person, online or through a blend of the two depending on an individual’s preferences and time restraints.

“There’s a two-day course prior to the exam that’s highly recommended, because they cover all the material in the test during those two days of review,” said Dunning.

Chapters across the country apply to host classes through the Institute to make those classes more accessible for local candidates. Southern Nevada is typically awarded three classes annually.

“Everybody wants to come to Las Vegas,” said Miracle. “That creates a great networking environment with about 50 percent local and 50 percent national attendees. That gives us the ability to cross market and network and have referrals for the future.”

To help members meet continuing education requirements, the chapter typically hosts at least one class a year and pays a portion of members’ fees.

Another bonus for members is a program called, “Life After the Pin.” Once candidates receive their CCIM designation and pin, they can retake core classes as continuing education at a prepaid, discounted rate.

Although the community service committee is new to CCIM Southern Nevada, community service is not. The committee brings together the chapter’s professional charitable events. Along with a poker tournament, wine soiree and serveral Three Square events, there’s also a sponsor appreciation event, slated to be held at Topgolf this year.

The programs committee creates monthly chapter luncheons, finding speakers and current topics. Recent speakers have included University of Nevada, Las Vegas, President Len Jessup, a panel of industrial developers and brokers discussing current issues in the field and similar panels on the retail and office sides of the industry.

“What it comes down to is we have incredible people in this community, and we have incredible sponsors that see the value of being part of a CCIM chapter,” said Katz. “If it weren’t for them we wouldn’t be able to put on most of the programs that we do.”

The education committee schedules required CCIM core classes for candidate designees, books instructors and classrooms, markets the classes and handles registration. Fundraising events allow the chapter to award three to five scholarships a year to chapter designee candidates. Applications are weighted according to the amount of service the candidate provides the chapter.

“We want our local brokers and affiliates to be better educated and better in the business, and we want to reward those [candidates] who are active in our chapter,” said Dunning. Sponsorship dollars are also available to help offset candidates’ costs of pursuing the designation.

The candidate guidance chair provides support to candidates working toward their designation.

The networking and social events committee puts on the poker event and the sponsor appreciation event and partners with the community service committee. The marketing chair puts together the marketing materials.

The newsletter committee puts together the Perspective, a bimonthly update of industry news.

The legislative affairs committee keeps the board updated on topics concerning CRE legislation and reports to the Perspective newsletter, which is mailed out to members.

The designation and promotions and membership committees are focused on bringing in new members and retaining current membership. The two committees work in tandem to ensure Southern Nevada’s membership continues to grow.

Why Seek the CCIM Designation?

CCIM membership is for anyone in the commercial real estate profession or related industry who wants to enhance their career through networking, education and professional relationships. Members include brokers as well as affiliated professionals such as appraisers or developers.

“Someone would get the CCIM pin if they wanted to be the best in their field,” said Richardson. “[The would get the designation] if they wanted to have the instant recognition of their peers, have the opportunity to let their name speak louder than just their name and if they wanted the opportunity to really understand how the models work and utilize the resources available through CCIM. That’s why they would want to pursue the CCIM – to be able to do deals and for the instant recognition with their peers.”

The organization provides a way to grow professionally and membership is available to a wide variety of professionals. For anyone who is a stakeholder in commercial real estate, CCIM is a “must-have” designation. The organization is always looking for quality new members and there are several opportunities to get involved and connected.

To learn more about CCIM, contact the organization directly or simply speak to a designee.