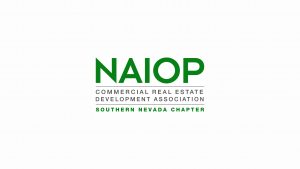 NAIOP Southern Nevada, the commercial real estate development association, announced the results of a study that illustrates the impact of land constraints on economic development in Southern Nevada. The study, undertaken by Alan Schlottmann of the Theodore Roosevelt Institute, shows that under the restraints imposed by the Bureau of Land Management’s recent Draft Resource Management Plan, economic growth in the Las Vegas valley will be restricted and hinder the future growth of our economy.

NAIOP Southern Nevada commissioned the study in February of this year with support from other organizations, including CCIM, SIOR, and NCA.

“The Resource Management Plan does not significantly increase the disposal boundaries to provide for future developable land,” said NAIOP Southern Nevada President Mike Shohet, who serves as vice president of Project and Development Services at Jones Lang LaSalle. “That plan adds significant new environmental restrictions to lands that are strategic for future growth. If it’s implemented as is, the amount of land for future development is very limited, which will ultimately limit economic growth and job growth.”

According to Schlottmann, the limited availability of large parcels in Southern Nevada for long-run development of Nevada’s targeted industries, such as high-tech manufacturing, may represent a serious constraint. In the study, he put together an economic model that forecast the amount of land needed, the deficit of land available, and the quantifiable impact of that deficit.

Shohet said the commissioned study was crucial to shine a light on constraints with economic development. The original Resource Management Plan – which outlines all the land that is federally owned and put in the pipeline to be sold in auction – hadn’t been updated in about 17 years. NAIOP has two major complaints about the new plan: The development community was never asked for its opinion; and it didn’t significantly increase the boundary from the earlier report, making it a major hindrance to Nevada. The plan also dedicated additional areas as environmental concerns.

“Everyone agrees environmental concerns are important, but they need to make sure that the areas dedicated for ecological reserves are also strategically consistent with economic development goals of the community,” Shohet noted.

Shohet cited a couple examples of land that could enhance economic growth in the future, including the area south of the Ivanpah Airport and an industrial development area in Sloan. As McCarran Airport continues to get overloaded as a passenger airport, other airport traffic could be diverted to Ivanpah, which has 6,000 acres that can be designated over 15 to 20 years. The new plan, however, takes 25,000 acres and designates it as an area of environmental concern.
“More needs to be done to help the economic future of Southern Nevada,” he said.