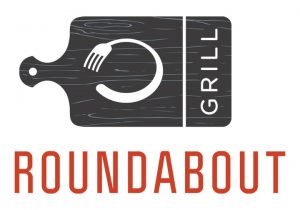 A familiar face and name in the Northern Nevada community have taken the helm at Whitney Peak Hotel’s new restaurant: Chef Colin and MaryBeth Smith of Roundabout Catering & Party Rentals, along with their team, have officially opened Roundabout Grill in downtown Reno’s only non-smoking, non-gaming luxury independent hotel. The new restaurant brand and menus were rolled out on Friday, July 1, launching a new culinary vision for the hotel’s restaurant, room service delivery, and new banquet and event space.

Chef Smith is well-known in the region, having built a highly successful and acclaimed catering business over the last decade with his wife, MaryBeth Smith. The Smiths started their business with a standalone restaurant, Roundabout Bistro, before moving into the catering and event planning business in 2009.

The Smiths and Whitney Peak Hotel have signed a five-year lease agreement, appointing Colin as Executive Chef, with MaryBeth overseeing the business side of operations in the restaurant, in addition to room service and group events.

“We recently opened 12,000 square feet of new banquet and event space on our 3rd floor, so we wanted to bring in a new partner that had the vision, the reputation and the experience to assume the overall food operations for Whitney Peak Hotel,” said Niki Gross, managing director. “The Smiths will bring energy and creativity not only to our restaurant, but also to our expanded event space – appealing to our leisure and business travelers, as well as the local community.”

Chef Smith’s culinary vision is a casual, fun environment featuring edgy comfort food at a broader range of price points. He will bring back some of his patrons’ favorites from Roundabout Bistro, including his famous chicken piccata. Other new items include: East Coast blue fin crab cakes, corn and bacon chowder, house-made pasta, fish & chips, and Angus and turkey burgers. Chef Smith has also expanded the restaurant’s weekend brunch offerings to include a four-course brunch for $25, along with a range of breakfast and lunch dishes to whet any appetite. Whitney Peak will continue its highly popular happy hour, offering 25 percent off all small plates, Monday through Friday, 4-6 p.m.

“We have come full circle as we move back into the restaurant business,” said Chef Smith. “This was an incredible opportunity to create something new; we were given a blank canvas and creative license to develop an innovative concept for Reno and the Whitney Peak Hotel, while applying our extensive catering and event planning expertise to the one-of-a-kind event space that has just opened.”

Beth Bach, daughter of MaryBeth Smith, will serve as general manager of Roundabout Grill; she most recently worked at Lettuce Entertain You Restaurants in Chicago. Chef Christian Flores, who has been with Roundabout Catering for more than 10 years, will work in the restaurant day-to-day. In addition to his Executive Chef role, Chef Smith will continue directing the menus for Roundabout Catering, the Gym Rat, Caveman and Show Prep healthy meal programs, and school lunch programs.

“Both in their restaurant operations and through their catering business, the Smiths have demonstrated an unwavering commitment to innovative cuisine, exceptional service and creative presentation,” added Gross. “As we mark our second anniversary, we wanted that caliber of leadership and talent to carry us into our next year of business and beyond. Our new event space has unlimited potential and will create opportunities for the hotel to enhance its service to both the local community and visitors to Reno.”

Colin Smith began spending time in restaurants at age 14, following in his grandfather’s footsteps. He attended the California Culinary Academy and apprenticed with several European chefs in the Bay Area. MaryBeth is the perfect balance of ingenuity and inventiveness, and has guided their company in double-digit growth each year through acquisitions and leadership.

Roundabout Grill’s hours of operation are: