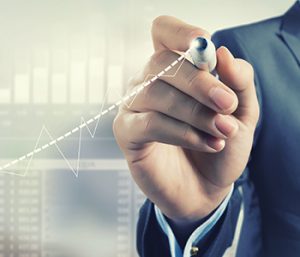 Despite new and ongoing challenges, Nevada’s credit unions are experiencing an upswing in membership and activity.

Of the state’s 17 credit unions, the nine in Northern Nevada attained a record high membership of 112,347 by adding 3,973 individuals between the fourth quarters of 2014 and 2015, the most recent period for which Nevada Credit Union League (NCUL) data is available. The NCUL is the trade association for Silver State-headquartered credit unions.

Similarly, in their first increase since 2008, the eight credit unions in Southern Nevada gained 1,498 people, taking their membership to 221,860.

“More and more consumers seem to be connecting the dots between the services they need and the value our financial cooperatives can deliver to them,” said Wally Murray, president/CEO, Greater Nevada Credit Union (GNCU), which has $620 million in assets, 51,000 members, 11 branches in Northern Nevada and a student-operated branch at Carson City High School.

During the same 12-month time frame, credit unions in the north loaned $754.4 million, a 14.9 percent year-over-year increase and an amount not seen since 2009. The area of greatest increase, of 58.4 percent, occurred in business loans. Great Basin Federal Credit Union (GBFCU), which has $145 million in assets, 17,000 members and three branches in the north, experienced 20 percent growth in all loan areas since the start of 2016, said Dennis Flannigan, president/CEO.

The southern credit unions loaned $1.51 billion, an 8.5 percent year-over-year uptick and an amount not seen since 2012. New auto loans had the most growth, at 43.3 percent. Currently, Clark County Credit Union (CCCU), with $600 million in assets, 39,000 members and six branches in the south, is doing 400 to 450 auto loans per month, said Matt Kershaw, president/CEO.

Last year, One Nevada Credit Union (ONCU), with $800 million in assets, 77,000 members, 11 branches in the south and two in the north, transacted $275 million worth of home loans and $125 million worth of auto loans, said Brad Beal, president/CEO.

The state’s credit unions, however, only control a small percent of total deposits. At mid-year 2015, that market share was about 2.1 percent, according to data from the Credit Union National Association (CUNA).

“There is a huge upside to the citizens of Nevada to discover the benefits of belonging to a credit union, to simplify their lives, improve themselves financially and receive great service,” said John Lund, president/CEO, America First Credit Union (AFCU), a Utah-headquartered entity whose Nevada credit unions have 65,000 members and 14 branches in Southern Nevada.

Credit unions are not-for-profit, financial cooperatives that provide banking services to consumers and businesses, but each operates independently. Because of the not-for-profit status, they’re exempt from certain taxes, such as federal income and real estate, Beal explained.

Most bankers would argue it’s an uneven playing field with credit unions having an unfair advantage regarding taxes. In addition, unlike when credit unions were first formed, virtually anyone can become a member. The structure of credit unions differs from that of banks. The members, or shareholders, of a credit union own it, each with an equal share, which isn’t tradeable or divisible, regardless of how much money they have in the institution. Banks are owned by investors, not necessarily customers, who’ve purchased stock in the corporation.

Members of the board of directors of a credit union are unpaid volunteers whom the membership elects. These individuals approve everything the financial institution undertakes—strategies, expenses, new offerings and more. Their focus is on building capital for the entity’s soundness and returning value to the customers. Credit unions deliver that through lower loan rates and fees, higher dividend rates and more personalized service, Kershaw said.

In many banks, board members are compensated. Their aim is to generate a financial return for the shareholders. Credit unions can only generate capital by accumulating earnings from internal operations whereas banks can raise capital from profits and from selling stock.

Like other financial institutions, credit unions are subject to many regulations and rules, Lund said, and their assets are federally insured, but through the National Credit Union Administration rather than the Federal Deposit Insurance Corp.

Credit unions provide dividends in the form of interest on select accounts, and some even return a dividend to members at year-end. CCCU distributed a $3 million bonus dividend to its membership last year, Kershaw said.

With a primary focus on commercial lending, commercial banking and real estate banking, development is underway at CCCU on a suite of products for checking and business checking accounts, Kershaw said. Those offerings will include remote deposit capture, lines of credit, merchant services and furniture, fixtures and equipment loans.

In addition, CCCU recently instituted the “Second Chance Mortgage” program that allows people who couldn’t buy a home due to a bankruptcy, short sale or foreclosure to do so as well as a member’s car-buying service. In fact, CCCU has its own auto dealership which allows members one-stop shopping and financing for cars.

“Anything a business needs, for the most part, we provide,” Lund said. “We pride ourselves in letting our members tell us how they want to be serviced.”

Flannigan confirmed GBFCU continues to do lots of real estate business, Small Business Administration, startup and business loan lending in amounts starting at $250,000. Because processes can be done online, someone could become a member, apply for and fund a loan and never have to step into a branch.

Finalizing the rollout of chip cards for debit cardholders, GNCU is working to take increased advantage of its three newest branch locations, including one in Elko, Murray said. Recently GNCU acquired naming rights to the Aces ballpark—Greater Nevada Field.

“We’ve chosen to keep our focus on our main activity—consumers,” Beal said. “We want to do that well.”

As they look to the future credit unions throughout the state are working to increase membership while maintaining a watchful eye on the economy and existing customers.

Kershaw said he expects continued growth for CCCU. “We really focus on trying to uncover the financial needs of our membership and developing and delivering products and services that meet those,” he said.

Lund added that the plan for AFCU is to continue to expand, grow and educate potential members about the benefits of credit union.

In the short term Flannigan at GBFCU expects membership and loan growth. Longer term, he expects potential expansion in the Reno-Sparks area.

For GNCU, Murray is focused on the state. He said, “over the next 12 months we will continue to seek ways to make a meaningful impact toward helping more of our state’s consumers, businesses and communities to, as we like to say, Live Greater!”

For One Nevada, the credit union is working to increase offerings for customers. ONCU’s plans include offering credit/debit card controls and debuting person-to-person lending in the next two to three months. The cooperative also plans on launching a new feature, “Mobile Wallet”, where a customer can pay a merchant by waving their smartphone. One Nevada is also in the process of a branch in the Target center at North Decatur Boulevard and Highway 215 in the Target center.

“An unprecedented and unabated litany of new regulations” has been added to financial institutions in the last several years, Murray said, requiring them to spend “incredible amounts of time and resources trying to comply.” In 2014, the financial impact of regulatory compliance for Nevada’s credit unions was $25.3 million, or $77 per member, data from the national association, CUNA, showed.

For example, some of the mortgage lending rules developed by the Consumer Financial Protection Bureau, which is tasked with preventing predatory mortgage lending, are ultraconservative and result in unintended consequences, Flannigan said. For one, financial institutions are prohibited from providing mortgage loans if the total fees on them exceed a certain amount, which the fees on all smaller loans do.

“So we’re looking at those people generally who need it most and are having to say it’s not a ‘qualified mortgage’ simply because the size of your loan is not big enough for you to get you over this artificial cap,” Flannigan added.

Further regulations on home loans, Beal said, have extended the closing period from less than a week to six or seven weeks because of additional imposed time frames and paperwork that made it more expensive. ONCU had to add two full-time employees to ensure compliance.

“It is becoming increasingly burdensome,” he added. “It is a disservice to the members.”

Many of the new regulations are one size fits all, which particularly affects the credit unions that lack the manpower and resources to fulfill the requirements. Subsequently, following the recession, some of the weaker, smaller credit unions got merged into larger entities headquartered in or out of Nevada.

Today’s competition among Nevada’s credit unions is different and greater than in past years.

Along with out-of-state credit unions and banks that have entered the market, other players include regulated and nonregulated online banks; peer-to-peer lenders, or online services that match lenders with borrowers; crowdfunders; and payment processors, such as Apple Pay, PayPal and BitPay.

“The competition continues to be fierce, which is good for the consumer,” Lund said.

The Silver State’s credit unions must stay proactive and current in ensuring their members’ financial information is protected adequately. The challenge comes when retailers, which aren’t required to do the same, experience data breaches. This happened with a major fast food chain in May. Members’ accounts were compromised, resulting in the credits unions incurring financial losses and the cost of reissuing debit/credit cards to those affected.

AFCU, through its “Card Guard” program, affords members the ability to control their debit/credit card. Via a smartphone, can turn it on or off when want or don’t want to use it. They can set a spending limit and geographical parameters, such as the U.S. only, for where the card only can be used. They can be alerted via text message when a transaction using the card occurs, allowing a quicker response if the card is used fraudulently.

The issuance of EMV (Europay, MasterCard and VISA), or chip, cards has begun at Nevada’s credit unions, with some already finished and others nearly there. Once the chip technology is fully in place in a financial institution, the retailer that accepts a fraudulent transaction or lacks the chip system, not the credit union, will be responsible for financial losses, Flannigan said.

The trend toward more automation and technology continues, Lund said, and consequently, people want those new methods of access along with convenience, quick responses and speedy loan approvals.

The challenge for credit unions is to foresee and initiate implementation of a new technology early enough so that it still remains relevant and desired once it’s in place, Kershaw said.

Consumers continue to migrate toward remote access via smart devices, decreasing their in-person visits. However, members continue to express the desire to talk to someone in a branch or on the phone when the need arises. Because of this shift, for instance, ONCU gradually over the next few years, plans to redeploy some of its branches to more focused, centralized locations, Beal said.

Two unknowns for Nevada’s credit unions remain the future status of interest rates and the local economy. Therefore, they’re watching both to prepare for changes in either.

Because of the vast potential technologies and services credit unions could adopt and provide their customers, they must be choosy about which ones they decide to offer, Kershaw said. This challenge also extends to prioritizing and maximizing the various opportunities available to credit unions, Murray added. For AFCU, a similar challenge is remaining relevant to its members in each phase of their lives, Lund said.

Over the next 12 months, Nevadans can expect to see the state’s credit unions continue to grow and strengthen, experts said. However, it’s also likely some smaller ones will get merged into larger entities. Regardless, as the market changes credit unions will continue to adapt.

“Our state’s credit unions have seen consistent membership and asset growth for the last few years and we anticipate that trend to continue through 2017 and, hopefully, beyond,” Murray said.