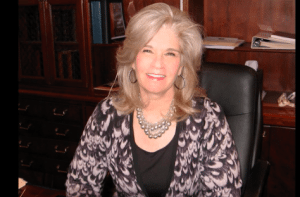 Mari Kay Bickett, Chief Executive Officer of the National Council of Juvenile and Family Court Judges, will enter retirement on July 31. Bickett has led the national organization, which serves over 30,000 professionals in the juvenile and family justice system across the country, for the past five years. During her tenure, the NCJFCJ has received $11.3 million in grants (the largest sum ever) and has streamlined the organizational operating structure in addition to diversifying director membership.

Bickett’s retirement is the culmination to an illustrious career. She has practiced law in Reno, served as judge pro tem in the Reno Municipal Courts, served on the Continuing Legal Education Committee of the State Bar of Nevada, President of the Northern Nevada Women Lawyers Association, Executive Director of the Texas Center for the Judiciary, provided judiciary training for trial and appellate judges in Texas and served on various committees of the Supreme Court of Texas Permanent Judicial Commission for Children, Youth and Families.

A video commemorating her career was shot and produced by Alexa Solis, multimedia specialist for Nevada Today. “When I first began scheduling interviews, the project felt rather daunting,” said Solis, “But as I began conducting those interviews and uncovering the different ways Mari Kay has made an impact on each of these extremely qualified and incredible individuals, I couldn’t help but feel inspired. I hope that others will take away that same sort of awe and inspiration that I felt as I learned more and more about Mari Kay. I think what I found the most impressive were the ways in which all of these national organizations were linked back to the Reno and University community, and how Mari Kay was able to bring it all together to make a difference for people across the country.”

The video can be seen here:
http://www.unr.edu/nevada-today/news/2016/mari-kay-bickett-retires-july-31