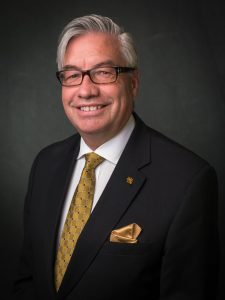 The annual awards program recognizes excellence and exemplary achievement by individuals and companies across Clark County in 29 categories. Patterson was among five community leaders to receive an Honorary Award.

“As president of Nevada State College, I’m honored to receive this award, which is really a reflection of the ongoing achievements of our faculty, staff and students,” Patterson said. “At the college, we are focused on empowering our students through an outstanding college experience we hope leads to success in school and in their future careers.”

Nevada State College, a four-year public institution, is a member of the Nevada System of Higher Education. Nevada State College places a special emphasis on the advancement of a diverse and largely under-served student population. Located on a developing 500-acre campus in the foothills of Henderson, Nevada, the college was established in 2002 as a new tier in the state system between the research universities and the two-year colleges. In this role, the college emphasizes high-quality instruction, exemplary service, engaging learning experiences, and innovation as a means to more efficient, effective outcomes in all corners of the campus. Since 2002, Nevada State College has grown to offer more than 40 majors and minors, has received independent accreditation and has expanded its physical campus. Committed to fostering a personal learning environment, students are taught by faculty who serve as mentors and guides in classrooms with an average class size of only 27 students. Nevada State College serves approximately 3,400 students and has more than 3,000 alumni, each representing a broad array of cultural and economic backgrounds. For more information, visit http://nsc.edu.