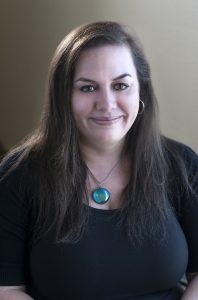 In her new position, Silverstein’s responsibilities will include overseeing public relations activities, creating strategic public relations plans, and developing and overseeing social media and community outreach campaigns. She will be working with such clients as DC Building Group, Fisher & Phillips LLP, Governor’s Office of Economic Development, NAIOP, and the Simmons Group.
Originally from Boston, Silverstein attended college in Flagstaff, Ariz., where she earned her Bachelor of Science degree in Communications from Northern Arizona University. Prior to working in public relations, she spent 10 years working in marketing and promotions in radio broadcasting in different markets including Tucson, Boston, Portland, and Las Vegas.

Silverstein moved to Las Vegas in 2007 and worked for a variety of radio groups where she created promotions for an array of local and national clients, including Live Nation Concerts, AEG Live, Disneyland, Legoland and the Las Vegas 51s. She also has helped oversee and coordinate many popular events, including the 107.9 Miller Lite Poolside Concert Series, Sunny 106.5’s Ice Cream Sunday, KWNR’s Toys for Tickets, as well as the inaugural iHeartRadio Music Festival in 2011.

Silverstein joined the public relations industry in 2014, supporting publicity and promotional tactics for a wide variety of clients in the hospitality, entertainment, travel and tourism industries. She has created campaigns to raise money for a number of Las Vegas charities in her career such as Susan G. Komen of Southern Nevada, The Animal Foundation and Three Square Food Bank.
About The Ferraro Group