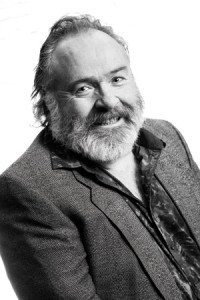 Unless you’ve been living under a rock, you’ve heard about the most recent departure from common sense, the transgender bathroom issue. However, just in case you do call a rock your home, let me catch you up. In many places, men can now use the ladies’ restroom and ladies, if they’re so inclined, can find out what those urinals in the men’s room are all about. The issue really picked up steam when Target announced that their bathrooms were transgender friendly which prompted boycotts of the retailer across the nation. And then Obama stepped in, of course. In May, his administration issued a directive implying that states would lose federal funding if they didn’t make all public school facilities gender neutral.

What I’m left wondering is, how could we possibly have gotten this far away from common sense? Let’s take a moment and break this down. According to a survey conducted by the Williams Institute, one of the best estimates of the transgender population in the United States is 0.3 percent of the total. Essentially, less than a third of 1 percent of all Americans identify as transgender. However, for some reason, it’s been decided that because that 0.3 percent isn’t sure where to go, the rest of us should accommodate them, possibly to the peril of our children.

I’m a father and a husband, imagine how I feel seeing one of my daughters or my wife go into a restroom and then see a man follow in after her. Just the thought of it makes me nervous as a man that seeks to protect his family. Furthermore, schools are full of teenagers going through puberty who haven’t yet learned to control their hormones. It’s absolutely naive of us to think that someone isn’t going to abuse these new rules in order to prey on women and children.

Before you play the sexist card and contend that young boys have been subject to those same predators for years, let me bring you back to common sense. Of course any kind of sexual predator is a concern. However, it’s a fact that nine out of every 10 rape victims are female and one out of every six American women has been the victim of an attempted or completed rape in her lifetime. The question that I have, with the numbers already so high, how is it possible that we would condone an action that would only make sexual assault easier?

The answer to that question, according to Obama and many on the liberal left, is so that less than a third of 1 percent of the population can feel better about where they go to the bathroom. Safety and privacy versus where to pee, there’s a clear winner. And, if you’d like to say it’s a mental health issue for transgenders, I’d like to know when one person’s mental health become more valuable than another’s. I guarantee that if a woman gets assaulted because a rapist was allowed access to a private stall she was in, that woman is going to have some mental health issues.

There are better ways to handle the transgender bathroom issue if its something that 0.3 percent is really concerned about. One common sense option is the single-use restrooms that are so readily available in public. They’re also often referred to as family restrooms or, get this, unisex restrooms. With those restrooms as an option, why did endangering the public and killing privacy became the first choice? It’s simple, we’ve abandoned common sense.

As far as Obama’s tyrannical demand that school bathrooms be open to anyone despite privacy or security issues, there’s hope yet. Eleven states have filed suit against the Obama administration regarding the directive admonishing an overreach of executive power. The suit says, “Absent action in Congress, the states or local communities, defendants [Obama Administration] cannot foist these radical changes on the nation.”

Call to Action: Reach out to our Attorney General, Adam Laxalt, and ask for Nevada to be a part of the 11 state lawsuit against Obama. Contact your elected officials and let them know how you feel about gender neutral restrooms and the safety and privacy of Nevadans. I’m hoping it’s not too late to get back to common sense measures.