You are here: Home / Features / Feature Story / Rural Nevada: All Boom No Bust 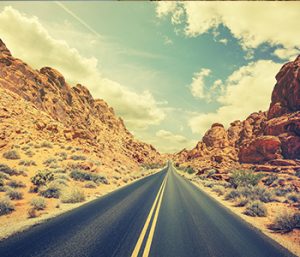 In times past, that would have been a sure signal for the bottom to fall out of the economy in many of Nevada’s rural counties, for which the boom-and-bust cycles of the mining business come as regularly as a spectacular desert sunrise.

But, not this time.

Total employment in the mining industry at the end of the first quarter stood at 10,700 workers statewide — a number that was actually up a bit over the industry’s employment at the peak of the boom in 2011.

Vehicle sales in Elko County, another gauge of the health of the mining industry, were up over 4 percent in the last half of 2015 compared with the same period a year earlier.

One statistic after another tells the same story: Rural Nevada is weathering the current downturn in commodities prices surprisingly well. And while economic conditions vary widely from one small town to the next, long-term efforts to widen the economic base of rural Nevada are paying off.

“Clearly, the diversification efforts have helped soften the blow,” said Peter Wallish, the director of rural community development for the Governor’s Office of Economic Development.

The efforts to smooth out the boom-and-bust cycles have received a major boost this time around from an unlikely source — the state’s big mining companies themselves.

“We want to be a sustainable industry in a volatile market,” said Andy Cole, executive director of Elko-based Barrick U.S.A.

Barrick, the state’s biggest gold producer, employs about 3,800 at major mines near Elko, Battle Mountain and Winnemucca as well as in the company’s business center in Elko.

Barrick’s current employment is about the same as the days when gold prices appeared to have no upper limit. (The company has, however, reduced the number of contracted workers as it scales back exploration projects.)

Newmont Mining, whose gold production runs a close second to that of Barrick, also has kept its workforce of 3,500 stable despite falling prices. The company, whose North American operations are headquartered at Elko, operates four surface mines, four underground mines and several milling and process facilities in the state.

Rhonda Zuraff, director of communications and external relations for Newmont’s North American region, said the company’s managers in Nevada have effectively managed costs and strengthened Newmont’s portfolio even as prices have fallen.

Prices won’t stay low forever, and mining companies continue to invest in facilities for their future.

Newmont is building its Long Canyon Mine in Elko County (halfway between Wells and Wendover, south of Interstate 80) and expects that the new mine will employ about 200. Long Canyon Mine, which is expected to come on line in 2017, began recruiting workers a few months ago.

Zuraff said Newmont also expects to see gradual growth of its Leeville underground mine on the Carlin Trend west of Elko after completion of a new ventilation project.

Cole said Barrick’s focus on sustainable, consistent production — and employment — reflects the company’s belief that it needs to work in close partnership with its employees and the communities where its mines often are the dominant employers.

In fact, the company’s executives today are budgeting on the assumption that gold prices might dip as low as $1,000 an ounce, and they want to ensure that the company and its employees aren’t whipsawed if prices continue to fall.

But even at the lower prices, Cole said Barrick is continuing to invest in expansion projects at its Cortez properties in Lander and Elko County as well as its Goldstrike mine in Eureka County.

Adding to the resiliency of the state’s rural economy is the often-underestimated role that the rural tourism industry plays in buoying communities from Pahrump to Winnemucca.

Tourism continues to gather strength with the national economic recovery, and state officials are pushing hard to get more tourists into rural regions.

Tourism accounted for an estimated 27,540 jobs in rural areas of the state in 2013 (Nevada Travel Impacts report prepared for the Nevada Commission on Tourism). It’s particularly critical in communities such as Ely, which bills itself as the gateway to Great Basin National Park. The park drew 116,123 visitors in 2015, a 65 percent increase since 2008, the last pre-recession year.

The Nevada Commission on Tourism (NCOT) estimates that visitors to rural communities spent $1.39 billion in 2013, the last year for which figures are available. This compares with visitor spending of $1.25 billion in 2009, the year the recession began to grip the nation.

To look at the tourism spending another way, visitors to rural Nevada spent an average of $357 each during their visits in 2015, up from $302 as recently as 2012.

“Nevada has well-maintained highways, little congestion, and the wide-open landscapes that are attractive to visitors from urban and international markets,” Vecchio said. “International travelers especially like our quirky roadside attractions and recognizable highways such as the Extraterrestrial Highway and the Loneliest Road in America.”

The big challenge, Vecchio acknowledges, is helping visitors find the courage to drive out into the unknown of Nevada’s outback. Recent marketing efforts promise them a lifetime of good stories as a payoff for their courage.

“We heard so many stories from travelers who met the nicest people on their trip to Nevada and made the best memories from simply sitting next to an interesting character in a saloon and somehow leaving as friends,” the tourism chief said. “These characters that so epitomize the Nevada spirit are really our best tourism ambassadors, and that is a major opportunity for us.”

A study by Thomas Harris and Shawn Stoddard, economics researchers at the University of Nevada, Reno, estimates that the economic impact of the expanded facilities and increased convention business could total nearly $2 million a year.

The nine regional development authorities in the state — seven largely rural agencies in addition to the big operations in Las Vegas and Reno — work closely with the Governor’s Office of Economic Development to set the stage for diversification efforts.

Along with the expertise of its industry experts, the state office provides federal Community Development Block Grants to help small communities get themselves ready to attract new employers.

The total amount isn’t great — about $2.8 million a year — but Wallish said the grant money can be powerful when it’s used as part of a well-planned economic development strategy.

In Ely, for instance, a community development grant is helping to fund improvements to the water distribution system, a key piece of infrastructure for new employers in White Pine County.

Caliente, meanwhile, is using grant funds to develop a plan for redevelopment, perhaps using its iconic railroad station as a centerpiece to draw new business.

Along with infrastructure and planning projects, Wallish said communities are using the federal funds to improve the quality of life, which can be an important selling point for economic development projects.

Mineral County, for instance, is using some of the funds to clear blighted properties — helping to improve the community’s appeal to potential newcomers — while Fernley has invested some of the grant funds into sprucing up its downtown in anticipation of the arrival of the Tesla gigafactory 20 miles to the west.

While the federal funds in the past often were used for one-off purchases of equipment — a new fire truck for a small town, for instance — Wallish said the state in recent years has focused increasingly on use of the funds to set the stage for creation of new jobs in rural Nevada.

The state helps, too, with the structure of tax incentives that it makes available to new employers in Nevada. The threshold to earn those incentives is lower for companies that select rural locations, Wallish said.

Some of the infrastructure challenges that stand in the way of rural economic development are resolved, too, by the willingness of community leaders to work hard to find creative solutions.

After Nye Regional Medical Center in Tonopah closed its doors last August — a closure that would have discouraged new employers from looking at the area — Nye County officials worked with Reno-based Renown Medical Group to develop a solution.

The answer: Renown will launch telemedicine services this summer at the former hospital location, allowing patients to visit with physicians and nurses in Reno through video links. Meanwhile, the medical group is recruiting medical professionals to serve Tonopah.

In mining communities, lack of affordable housing has been a long-standing headache. While the end of fast employment growth among mining companies is allowing markets such as Elko to catch up on housing needs, Borda said the search continues for long-term answers.

“Unfortunately,” said Borda, “we learned that there aren’t any easy answers.”

Economic development groups in rural areas are getting smarter, too, about their approach to attracting new employers. It’s unlikely that any of them will become the next Silicon Valley, so they’re focused on how they can build on existing strengths.

As one step, the region has focused on development of projects to mine barite, lithium and magnesium — projects that would use existing suppliers and skilled workers, but whose output wouldn’t be tied to the vagaries of precious metal prices.

Manufacturers of mine equipment are another targeted industry in northeastern Nevada. That targeting paid off with the announcement last fall that L&H Industrial, Inc., a major manufacturer and provider of repair services for large equipment used in the mining industry, would launch a new field services location in Battle Mountain. The Lander County Economic Development Authority spearheaded work to relocate the facility from Tooele, Utah.

Renewable-energy resources, meanwhile, provide a potential base for rural economic development across the state.

And Lincoln County officials have been trying to interest operators of biomass generation facilities in the use of a feedstock composed of juniper and pinyon that’s being thinned from federally owned lands.

None of those diversification efforts come easily or quickly.

The current softness in the mining industry provides a test of the past decade’s diversification efforts. The communities of rural Nevada are rising to the occasion.