You are here: Home / Press Release Wire / REMSA Reminds Parents and Caregivers About the Dangers of Unattended Children in and Around Cars with ‘Not Even for a Minute’ Campaign and Tips 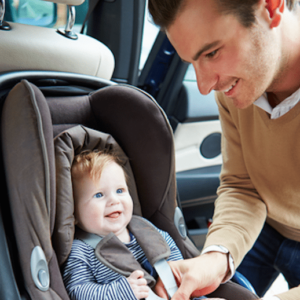 Reno, NV –REMSA, a member of Safe Kids Washoe County, reminds the public about the educational campaign “Not Even For A Minute” (NEFAM). The intent is to inform and remind parents and caregivers about the dangers of leaving children unattended in and around vehicles – especially as northern Nevada’s daily temperatures are well over 95 degrees this week.

A key component to the NEFAM is a reminder about the dangers of a hot car. A car’s interior can heat up by an average of 40 degrees F within an hour, regardless of ambient temperature. Eighty percent of the temperature rise occurs within the first 30 minutes. Heat is much more dangerous to children than it is to adults. Heatstroke is caused when the core body temperature of an individual reaches 104 degrees. A child’s core body temperature can increase three to five times faster than that of an adult, causing permanent injury or death.

In addition, according to research conducted by San Francisco State University, even with relatively cool temperatures outside (70 degrees) the inside of a car can reach a dangerous temperature in just minutes.
This research also revealed that more than half of these children were accidentally left in closed, parked cars by parents or caregivers while nearly a third of these children were trapped while playing in a vehicle unattended.

“It is important that people realize how quickly death can occur for a child left in an unattended car,” said Diane Rolfs, Director of Education and Continuous Quality Improvement, REMSA. “Not Even for a Minute sends that message plainly and concisely; death or permanent injury can occur that quickly.”

Parents and caregivers should use these ideas to practice vehicle safety:
• Teach children not to play in, on or around vehicles and always lock a vehicle’s doors and trunk when the vehicle is unattended so children cannot get in.
• If a child goes missing, check the vehicle, including the trunk, first.
• Place something that you’ll need at your next stop— for example a purse, your lunch, gym bag or briefcase—on the floor of the backseat where the child is sitting. This simple act could help prevent you from accidentally forgetting a child.
• Be especially careful if you’re dropping off infants or children at day care and that’s not part of your normal routine. Have a plan with your daycare provider to call you if your child does not arrive within a certain amount of time of their expected drop-off.
• Make sure young children are always accompanied by an adult when getting in and out of a vehicle.