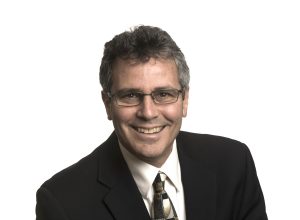 Las Vegas – Golden Entertainment, Inc. (NASDAQ:GDEN) announced today that Howard Stutz has joined the Las Vegas-based company as its director of corporate communications. Stutz will be responsible for leading the company’s internal and external communications functions through all of its divisions nationwide.

“Howard’s extensive communications background, coupled with his unique knowledge of the gaming industry, will be a great asset to our team,” said Blake L. Sartini, chairman, president and CEO of Golden Entertainment. “He comes to us at a time of tremendous growth for our company, and his experience in journalism as well as in the communications and gaming industries, make him uniquely qualified to help us achieve our communications goals.”

Stutz joins Golden Entertainment after serving as strategic development manager for the Las Vegas office of the Greenberg Traurig law firm and its Global Gaming practice. Before that, he spent more than three decades as an award-winning journalist and communications professional, most recently covering the casino gaming industry for the Las Vegas Review-Journal. Employed there from 1987 to 1991 and from 2004 to 2016, he was part of a team of journalists that earned the Sidney Award from the New York-based Sidney Hillman Foundation, the Ancil Payne Award for Ethics in Journalism from the University of Oregon and the James Foley Medill Medal for Courage in Journalism from Northwestern University, all for investigative coverage.

Stutz is a graduate of San Diego State University.