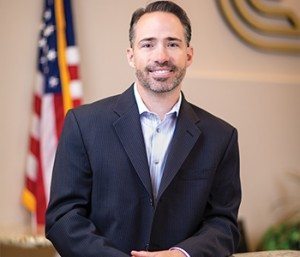 But it all starts at ground level: dirt. An investor or developer finds a parcel of land and envisions some kind of building on it. Purchasing the land is the first step to creating value in a property that can be sold, and that process has changed since the economic downturn.

Before the recession, banks were chasing yield and opportunities, competing with other banks for the business of investors and developers, and there were only a finite number of opportunities for development and construction. At that point, banks were willing to finance raw land for speculation, rather than financing it just for development.

“Investors thought the value of land was always going to go up or at least stay the same,” said Kyle Nagy, director, CommCap Advisors. “After the recession, banks learned it’s best to finance income-producing assets only; those are assets that are leased, or occupied, and collecting rent, rather than non-producing assets like land.”

“Land is a niche speciality within investment real estate, meaning the transaction volume (and ownership pool) is generally much smaller than any of the core product types,” said Todd Manning, sales manager, Marcus & Millichap. “It’s also considered one of the most speculative investment property types since most land parcels do not produce income until they are improved and leased to an end user.”

Because once there’s value added to the land, something that makes it income-producing, there’s recourse for lenders, a way of getting repayment of risk. “If land is sitting vacant and not producing income, the only repayment method is through a sale or refinance,” said Nagy.

So where lenders used to finance raw land, now they finance land only when construction and development are in process.

“So you start with a piece of dirt that used to be a farm,” said Dan Oster, senior vice president, NAI Alliance. “You can take that farm and change the zoning on it.” Which changes the land to entitled land, having gone through the process of garnering approvals and permits from local regulatory agencies, the first step in adding value to land.

Development and construction are the next steps, the actual creation of a building that fits into one of the commercial real estate categories. There’s more value to a building which can be sold to repay financing and therefore less risk for a CRE investor. Less risk means a higher purchase price, but as long as the buyer continues to add value to the property, the price continues to go up (given favorable market conditions).

The next step is to add people. “Once you have a tenant in the building and they’re paying a monthly rent, that’s become cash flow that you can sell,” said Oster. “So that’s what we’re talking about when we talk about investment properties. We’re selling buildings that have already been occupied, and there’s less risk associated with real estate as it moves up that value chain. When there’s less risk, people tend to pay more for it.”

There are other ways to add value to a property, and other times to do so during the life span of a building. Some investors buy buildings that are already leased but because the market is heading up, they believe they can grow the rents in that building as tenants leave and new tenants come in. “So you don’t even have to take a building from vacant to full for it to be a good investment and value add,” said Oster. “You might say ‘I’m going to take something that already has a tenant in it and I think I can push the rents upward,’ and that’s another type of investment sale.”

Other investors look to put a name brand company into the building with a 10 or 15 year lease. That’s a single net leased investment, said Oster, a situation where the investor believes over the course of the lease they’ll make in rent payments all of the money they put into the building. A single-tenant, net-leased investment gives the investor total ownership of a tenant-occupied property.

Whether an investor starts with a fully occupied property, or works to lease out the building, or starts from the ground up, once a building is 100 percent occupied, it’s considered a stabilized building. At that point an investor might sell it to somebody looking for a less risky CRE investment, according to Oster.

“There is a multitude of financing sources for investment real estate, but the four most common sources are credit unions, commercial banks, life insurance companies and commercial mortgage-backed securities,” said Manning.

In the wake of the economic downturn, “Financing is very tight, and there’s a lot more paperwork and more diligence and disclosure,” said Ted Stoever, vice president, Northern Nevada, Colliers International. “It’s starting to loosen up, and there’s a lot of cash out there. A lot of investors today are cash buyers.”

“Before the recession there were a lot more complex financing options available,” said Oster. Investors could look to conventional loans from banks, or retirement funds, or even insurance companies, and could layer debt on top of that. The buyer didn’t have to bring as much cash to the table as he does today.

Post-recession, banks and lenders require buyers to have a lot more cash or equity as opposed to debt. The new requirements are in part driven by the new regulations, federally imposed on banks since the economic downturn, which in some cases is spillover from the changes put in place to cover financing of residential buildings.

One financing option for investors is the non-recourse loan. For income-producing stabilized buildings, a non-recourse loan might be available from a larger institution like a life insurance company or an investment bank. With such a loan, the investor – the individual borrower – is not personally liable for the loan unless he commits certain acts. “The loan is non-recourse, if the market fails or the tenants move out and I’m the borrower and unable to make the payment, I could truly give the property back to the lender and they cannot pursue me personally,” said Nagy. That is, unless the borrower commits fraud, misrepresentation, causes environmental damage or other various “warm body” or “bad boy carve-outs.”

When does a borrower use a non-recourse loan? “Any chance you could,” said Nagy. “Typically they’re only available for income-producing stabilized properties. Before the recession, yes, we were doing non-recourse construction loans and non-recourse loans on vacant land. That was part of the boom and part of the exuberance of the marketplace.”

Other financing options for investors include Small Business Administration loans, and a lot of today’s buyers are paying cash, according to Scott Oelke, senior investment advisor, Sperry Van Ness.

Not all of the CRE investors buying properties in Nevada are domestic. “There is foreign money coming into commercial real estate, some of it directly from foreign investors located outside the country, but probably more so indirectly, via stateside investors who have foreign roots, and/or through government funding programs like EB-5,” said Manning. EB-5 is a program created by Congress in 1990 to stimulate the U.S. economy in part through capital investment by foreign investors. “I’d estimate less than 10 percent of all transactions are done directly with foreign investors or entities, however; the indirect sources are likely much more significant, and equally difficult to track,” Manning added.

Southern Nevada is seeing foreign investors, but the market isn’t considered as hot as Los Angeles or San Francisco, or the East Coast markets. “We have some,” said Nagy. “But not at the same level as larger markets.”

In Northern Nevada, Oster said, “I haven’t quantified [the number of foreign investors] but the largest transaction in the last couple years was bought by a company that has its roots in the Shanghai Sovereign Fund.”

Information about foreign investors isn’t always public, at least until the deal closes. “Everybody is very circumspect when describing who their clients are. That’s something people want to protect but I’ve also heard that there’s Saudi money chasing deals in Reno,” Oster said.

While CRE investors contribute to Nevada’s economy, Nevada’s economy also needs to be the draw for the investor. “Any time somebody is going to buy a piece of land and build a building on it, that analysis is always driven by what they expect the exit investment sale to look like,” Oster said. “So if there’s a robust investment market in Northern Nevada, it gives developers and investors incentive to invest, either in land or new building opportunities.”

In Northern Nevada, market news includes the return of the smaller investor. While national and international capital fund players – publically traded companies called real estate investment trusts (REIT) whose business is owning and operating real estate – were among the first to recover from the downturn, we’re now seeing the return of the private smaller investors who want the $1 million to $10 million opportunities, which Oster calls an encouraging sign.

Today the market in Northern Nevada is back in terms of volume of transactions. Industrial properties remain a strong market segment. “Over the past several years we’ve seen some large industrial portfolios change hands several times,” said Stoever. For example, Dermody Properties sold its portfolio to Global Logistic Properties Ltd., which partnered in the acquisition with GIC Pte. Ltd., which is Singapore’s sovereign-wealth fund. “Industrial has always been fairly strong, that market segment is strong, there’s a lot of development on that side,” Stoever said.

The last year has also seen a lot of retail investment. Although Northern Nevada was overbuilt with retail, with many empty retail spaces, now that the economy is picking up, retail is starting to catch up, and is now a viable opportunity for investment groups.

In Southern Nevada the market is hot, especially for leasing. “Obviously it depends on the price,” said Oelke. “Some landlords aren’t very realistic, but for those that are, there’s not a lot of industrial warehouse mix available right now.” Scarcity does drive up prices.

Building is expensive, and often company principals would rather lease. “Typically what happens is commercial lags behind residential anywhere from six to 18 months, but I’m not seeing a lot of building right now in commercial,” said Oelke. “More people are leasing spaces already available, and owners will put in tenant improvements into the property if they need to.”

“We were hit very hard and it took us a long time to recover,” said Stoever. “The market now is very strong, there’s a lot of interest and a lot of capital coming into this market. Our world has completely changed from two years ago. Everybody I know in this business is extremely busy.”

“Each property type has its own characteristics,” said Nagy. “Industrial is doing very well, multi-family is doing very well, retail is doing pretty good. Office continues to struggle, but is improving. Land values are up. Overall it’s a much better market than it was a year prior.”

“There are as many different kinds of motivations [for CRE investment] as there are opportunities for people, and matching the reality of what’s available in a building to the motivation or the desires of the person who’s buying it? That’s the trick to investment real estate,” said Oster.