You are here: Home / Departments / Commentary / The Fast Track to Felony for Law-Abiding Citizens: Gun Transfers and Question 1 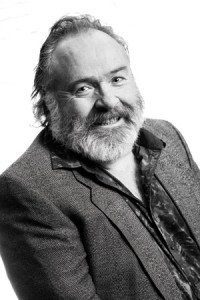 Last year, Nevada legislators made dramatic improvements to gun control laws in the state. Signed by Governor Sandoval in June, SB 175 and SB 240 were two of the most prominent pieces of legislation (although there were several) and applauded by gun owners statewide. By way of refresher, SB 175 abolished handgun registration in Clark County, expanded the already in place “Stand Your Ground” self-defense statutes and expanded the list of out-of-state permits recognized for conceal carry. SB 240, among other agenda items, removed the fees on volunteer background checks and provided provisions to help target straw purchasers.

Both measures were steps in the right direction for gun owners and made vast improvements to the Silver State’s gun laws. However, in a classic “one step forward, two steps back” scenario, this year may reverse the strides to protect Second Amendment rights in the Battle Born state and add unnecessary restrictions to firearm transfers. If you’re not sure what I’m referring to, let me have the unpleasant task of introducing you to Question 1, which will appear on Nevada’s November ballot. The initiative would require that an unlicensed person who wants to sell or transfer a firearm to someone else would have to do so through a licensed gun dealer who runs a background check. Sound familiar? It should, the proposal was vetoed by Governor Sandoval in 2013.

To be fair, the initiative does provide certain exemptions. For example, transfers between immediate family members or temporary transfers for hunting or self-defense would be legal. But, let’s say you decide to go target shooting on public lands and you ask a buddy if you can borrow a gun and he/she doesn’t go with you. Even if you abide by all safety, local and federal rules, it could be illegal under Question 1. A first offense of this law would put a gross misdemeanor on your record; get convicted of it more than once and you can call yourself a felon.

Proponents for the ballot measure will tell you that it would prevent unlicensed firearm dealers or those conducting a private gun sale to sell a gun without running mental health and criminal background checks on purchasers. Unfortunately for that assertion, guns that are legally sold face-to-face have never presented a crime problem. Gun related crimes are a result of several issues including criminals that pass background checks, street deals, unlawful dealers, stolen guns and straw purchasers. None of those issues are addressed, and certainly wouldn’t be stopped, by Question 1. Simply put, Question 1 makes it more difficult for legal transfers to be made, prohibiting law-abiding citizens from selling, loaning, leasing or gifting weapons to other law-abiding citizens.

If it’s ineffectiveness in preventing crime weren’t enough of an issue, consider the fact that the initiative would be virtually unenforceable without gun registration, which was recently abolished in Clark County. The National Institute of Justice, the research arm of the Department of Justice, released a report in 2013 that made a number of conclusions regarding background checks. One of which was that the effectiveness of the universal background check, “depends on the ability to reduce straw purchasing, requiring gun registration.” So, if the goal behind Question 1 is to bring back gun registration, it’s a solid first step. If, however, the goal is as claimed, to ultimately protect citizens from gun-related crime, it fails without even being enacted.