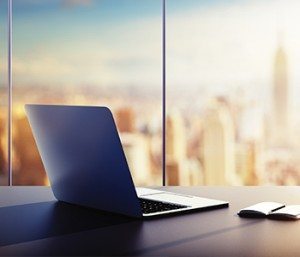 The state’s economic recovery makes good workers harder to find, and top employees are beginning to hear the siren song of recruiters who want to woo them away. That’s putting upward pressure on wages just when employers are getting the yips about the future of the national economy.

A couple of court cases inject additional uncertainty, and federal regulators are considering rule changes that could affect the way that many exempt salaried workers are paid.

And if all this wasn’t enough, employers and their human resources departments face the challenge of developing policies to address the use of medical marijuana by some employees.

The state’s unemployment rate has fallen below 6 percent for the first time since the recession, and researchers at the Nevada Department of Employment, Training and Rehabilitation (DETR) say employers are soaking up available workers quickly. The Las Vegas economy added nearly 23,000 jobs in the past year. The Reno-Sparks area added more than 6,000 jobs.

In the Las Vegas area, the recent arrival of two new casinos — SLS Las Vegas and The Cromwell — tightens the market for senior and mid-level executives in the hospitality sector.

“This is like 2005 or 2006,” said Ann Simmons Nicholson, owner of The Simmons Group, a Las Vegas-based human relations and organizational development firm. “Who’s willing to move? What’s it going to take to get them to move?”

In Northern Nevada, the market for construction workers seemingly got tight overnight as work began on Tesla’s gigafactory at the same time that numerous other industrial and distribution facilities began rising out of the ground, said Don Soderberg, director of DETR.

Statewide, a burst of hiring by new and expanding technology firms appears to be just over the horizon, Soderberg said.

The tightening market for workers is forcing employers to consider pay raises, many of them for the first time since the onset of the recession in 2008.

“Employers have had the luxury of not moving the needle on wages,” said Jeff Parker, a Las Vegas-based vice president of Manpower. “That needs to change.”

Parker advised clients that raises need to be strategic — not across-the-board increases — to address specific retention and recruitment issues that are different from one job classification to another.

Employers understand the need for raises, Parker said, but they’re wary about the future course of the economy as the stock market continues to send mixed signals. Adding to the economic uncertainty: a contentious presidential election season.

When employers decide to provide raises, they’re often finding that it’s difficult to get good data on current market rates, says Nicholson. The organizations that collected and shared compensation data in the past often let the work lapse during the recession.

While Nicholson agreed that higher pay helps with recruitment and retention, she encouraged her clients ranging from major gaming companies to small professional firms to take a look at their total compensation package.

That includes benefits — and not just the healthcare benefits mandated by the Affordable Care Act. For many job candidates, a company’s policies on the use of personal electronic devices are so important that the policy can make or break a decision to come on board. Training and opportunities for professional advancement are also viewed as an important benefit by candidates and existing employees alike.

Particularly for the millennial generation, Nicholson said, flexible work arrangements are an important benefit. Younger workers pay close attention to the community involvement of employers, and their impression of companies is likely to be shaped by its presence on social media.

Leigh Goddard, a partner with the statewide law firm of McDonald Carano Wilson, encouraged her clients to take a fresh look at pre-employment screening that may be a barrier to some candidates.

For instance, employers commonly conduct criminal background checks on applicants for all positions. But as employers scramble to meet their staffing needs, this may be a good time to reconsider the need for criminal checks for some positions.

The rapidly shifting environment brought changes to JobConnect, the state-run network that connects job-seekers with employers.

“We’re in a period of transition,” noted Soderberg, whose department oversees the employment service. “JobConnect is doing much more outreach.”

JobConnect specialists are going through state unemployment filings to find and recruit jobless workers with skills that may be sought by employers. The agency is also stepping up its testing of applicants to determine if they have the aptitude for training into higher-skilled jobs they may not have considered in the past.

Even the seemingly routine task of applying for jobs at JobConnect offices is getting a new approach. Employment specialists help applicants present themselves so they’re not left behind as corporate HR offices increasingly use technology that automatically screens applicants before their application is seen by a human being.

Soderberg added JobConnect works ever more closely with community colleges, labor union apprenticeship programs and other training programs to make sure that higher-skilled and middle-skilled workers have appropriate skills for employers. The agency is focused on ensuring that training programs are nimble, quick and meet the customized needs of employers.

The workforce system is a large puzzle that includes the economic development agencies that work with potential new employers, the K-12 educational system that is locally controlled, a higher education system (especially the community colleges) that is overseen by a Board of Regents and DETR.

“The biggest workforce trainer is our education system,” said Soderberg.

The competitive labor market and the possibility that key staff members will be recruited away from their current employers comes at a time when thousands of baby boomers are also preparing to retire or scale back their employment.

Smart employers are crafting succession plans that extend far beyond ownership and top management, Nicholson said. “What would happen if you lost your top five people?” she asked clients. “Would they leave with the secret sauce?”

Lawmakers, regulators and judges have played key roles in establishing the playing field for employer-employee relationships.

Last year, the Nevada Legislature approved a measure that helped employers deal with the vexing questions that surround designation of workers as employees or contractors.

The new law (SB 224) sets a series of standards to designate a worker as a contractor. They must have control over the time and the manner of the work, or they must be able to work for others at the same time. If those standards are met, the state establishes a “conclusive presumption” the worker is a contractor rather than an employee.

This can be confusing, however. Federal standards for determining a worker’s status are different, and unwary employers could find themselves in violation of the federal standard even if they meet the state’s conclusive presumption.

“Be careful and be aware of both designations,” said McDonald Carano’s Goddard. “My advice to employers would be to err on the side of caution and designate workers as employees.”

At the federal level, employers and human resources specialists are keeping a close eye on a proposed rule that would change the Fair Labor Standards Act regulations covering executive, administrative, and white-collar employees who are exempt from overtime.

Currently, the minimum salary threshold for exempt workers is set at $24,000 a year, and workers who earn less than that can’t be exempted. The U.S. Labor Department, however, is pondering a change in the threshold, perhaps setting it as high as $54,000.

It’s still uncertain when the new rules might be adopted. “Employers need to stay tuned,” said Dora Lane, a partner in the law firm of Holland & Hart.

Goddard said employers are closely watching a Nevada case, Hancock v. State of Nevada Office of the Nevada Labor Commissioner, which addressed a couple of sticky questions in the state’s minimum wage law.

The Hancock case, which was heard by the Nevada Supreme Court in early April, also addressed whether tips received by the employee should be calculated in determining whether the health plan qualifies. State law says qualified health insurance can’t cost more than 10 percent of the employee’s gross taxable income.

“It’s a pretty important case for employers who are required to comply with the two-tier minimum wage,” said Goddard.

In another case with implications for restaurants and hospitality businesses, the federal 9th Circuit Court of Appeals upheld a U.S. Department of Labor ruling from 2011 that prohibits businesses from requiring that employees share their tips.

Some restaurants have required pooling of tips, which then are shared with back-of-the-house staff such as line cooks and dishwashers. The federal court barred that practice, although the decision may be challenged.

While employers wrestle with the implications of recent court decisions, Lane said workers, perhaps emboldened by the stronger labor market, appear to be filing more complaints about workplace issues with federal regulators.

“We’re seeing stepped up enforcement by the U.S. Department of Labor, and audits almost always are pushed by complaints,” Lane explained.

That provides even more reason why all employers, even small companies with fewer than 10 employees, need to get their ducks in a row and keep them in a row.

Nicholson said, “Make sure you are in compliance with the rules for organizations your size, but plan for the next level now.” As a general rule, she said, it’s helpful if small firms plan as if they will become a 50-person organization. It’s fairly easy to plan ahead and get the proper systems in place. It’s difficult to play catch-up after the company has outgrown the rules for small companies.

The forms that small businesses need to be compliant generally are available from the Department of Labor, and Nicholson added her firm, like other HR consultants, provides free and low-cost counseling to small business with compliance questions.

However, compliance alone isn’t enough. Consistent application of rules across the workforce is important, Nicholson said. The owner of a small business needs to take personal responsibility for legal compliance, no matter who in the office handles the routine HR paperwork. “It always falls on the owner,” she cautioned. “The owner is the person responsible.”

Among the compliance issues causing some headaches is the legalization of medical marijuana in the state — and the possibility that voters in November could legalize recreational use of marijuana in Nevada. In most cases, Lane said employers have handled the use of medical marijuana by workers the same as they handle other medical cases. They make accommodation.

But Goddard noted that the marijuana-using employees raise questions for employers with drug-testing policies, particularly if recreational marijuana becomes legalized.

“Employers should be aware of these issues,” Goddard said. “It’s a real concern because so many employers have drug-testing policies.”

At the same time, she said that employers need to take a close look at their drug-testing policies to ensure that they meet an actual need — workplace safety, for instance — and don’t unnecessarily create difficulties in the recruitment and retention of workers.

As the state’s job market continues to tighten, every little edge will make a difference in the competition to land top workers.