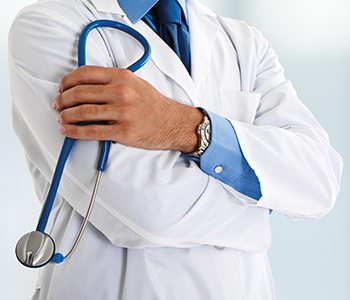 Today, six years after the Patient Protection and Affordable Care Act (ACA) was enacted, with an economic rebound and significant population enlargement in the interim, Nevada’s hospitals are still managing the impacts of those changes.

Most Silver State hospital systems continue to experience increased patient volumes, which is unusual considering the anticipated effects of the ACA were that emergency room and inpatient visits would decrease as people obtained preventive care and sought services through the proper channels.

At the ERs of Las Vegas’ Sunrise Hospital and Medical Center and Sunrise Children’s Hospital’s, for instance, patient volumes have increased 15 to 20 percent annually over the last few years, said Todd Sklamberg, CEO of HCA Healthcare, whose umbrella both hospitals fall under. Because that heightened quantity is expected to continue, expansion of the ERs and inpatient beds at both facilities are under consideration.

Contributing factors are a swelling state population and a greater number of insured individuals. Nevada’s number of residents has increased about 6 percent since 2010, according to Population 2016. Most recent data show 33 percent more Nevadans obtained health insurance between 2013 and 2014, according to the December 2015 report, Fact Sheet: Health Care in Nevada created by the research division of the state’s Legislative Counsel Bureau. Many of those newly insured now receive health coverage through Nevada’s Medicaid program. Total net Medicaid enrollment increased by 69 percent between fall 2013 and June 2015, HealthInsurance.org statistics show.

Another cause is the insufficient amount of doctors, especially primary care physicians (PCP), nurses and other providers. Physical and respiratory therapists, for example, are needed to service all of the Nevadans now accessing healthcare. In 2013, the state’s rate of PCPs per 100,000 population was 71, which compared to 100 nationally and equated to a rank of 49th among the states. Further, not all providers accept Medicaid patients. Consequently, some individuals are using local emergency rooms for care they otherwise should receive from a PCP. The severity of many of these patients’ illness, due to being untreated for years, is also driving the increase in ER activity.

Insufficient psychiatric care remains a continuing challenge for Nevada hospitals, said Helen Lidholm, CEO, Saint Mary’s Health Network in Reno, which comprises one hospital and nine outpatient medical clinics. Individuals presenting to ERs who need a bed in a psychiatric facility are creating longer wait times for other patients because, oftentimes, no opening is available.

Las Vegas’ University Medical Center of Southern Nevada (UMC), which encompasses seven urgent care and seven primary care clinics, has seen “unprecedented growth and gains” but mostly in its outpatient offerings, said Mason Van Houweling, CEO. Inpatient numbers are down, but those for the operating rooms and outpatient services are up. Dealing with continued growth remains UMC’s biggest challenge, and the leadership is looking at expanding its primary care component.

To address growth, Saint Rose Dominican hired 27 more PCPs in the last year and plans to boost that number to the 70s by the next year, Brannman said. It doubled the capacity of the Siena campus through the addition of the Dominican Tower and have four neighborhood mini-hospitals (eight ER bays and eight inpatient beds) slated for construction and opening in the Las Vegas Valley by spring 2017—North Las Vegas, West Flamingo, Blue Diamond and Sahara. Each facility will contain offices for PCPs and specialists for follow-up visits. Under consideration also are ambulatory surgery centers either in those buildings or nearby to facilitate one-stop healthcare.

Northern Nevada reflects the trend as well, with both Renown Health, a Reno-based, integrated health system and accountable care organization, and NNMC experiencing an uptick in new patients and visits.

For Saint Mary’s, patient volumes at the hospital grew 7 percent and at the medical group 8.5 percent from 2014 to 2015, Lindholm said. The increased patient visits overall are due mostly to the Medicaid expansion but, also, more people moving to the area, she added. The health network recently added a North Valley clinic and a 46,000-square-foot campus in northwest Reno to accommodate these ascending numbers and offer neighborhood access to care. The Robb Drive facility will offer a concierge pharmacy service, in which the medications a patient requires after hospital discharge will be provided beforehand at their bedside.

Nevada’s hospitals are struggling with the rate of payment from the state’s Medicaid program, which is 57 percent of cost, not charges. Last year it was increased for the first time since 2001, but the 5 percent boost doesn’t even cover the cost of inflation, Sklamberg said. Further, the change only was for two years, so by the end of 2017, the rate will revert back to 53 percent.

“We have now an expanded population of Medicaid with reimbursement levels for tertiary care which are unsustainable,” Sklamberg said, adding the state legislature must address the situation in the next session. In the meantime, Sunrise executives will continue working with lawmakers and Medicaid representatives to determine ways to enhance payment.

“Margins across our system and everyone’s margins have certainly decreased,” Brannman said. “Our mission is to treat everyone that comes in and give the same level of care, but it does present a challenge at current reimbursement.”

Additionally, remuneration continues to shift from being volume to value-based, Perez said. The federal government’s Centers for Medicare & Medicaid Services initiated this payment system that incentivizes hospitals and physicians to deliver quality care and achieve good outcomes as well as penalizes those that don’t measure up. Additional payers are adopting it, too. Consequently, healthcare providers continue to concentrate on three aims: offering greater access to care, ensuring quality care is delivered and administering care as efficiently as possible.

“The game is getting harder in hospital and health care. You have to do better every day,” said Dr. Anthony Slonim, president and CEO, Renown Health.

To adapt, the Saint Rose Dominican team has adopted lean techniques and efficiency practices and standards, Brannman said. It’s involved in a trial project involving bundled payments, wherein hospitals are reimbursed a set fee for an episode of care, say from preoperative visit to surgery to discharge to 90 days of after-care, instead of per service supplied (fee for service). This trend, expected to gain momentum, Perez said, requires greater collaboration among all of the providers involved to deliver quality care effectively, achieve the required metrics and share in any savings that may result.

Whereas compensation rates remain a challenge, Van Houweling said, the ACA and Medicaid expansion have led to financial growth for UMC. This is because a preponderance of uninsured individuals pass through its doors as opposed to those of the other regional acute care hospitals, and that population has decreased from about 40 percent to 11 percent.

“Overall, it’s benefitted taxpayers of Clark County, as it’s less of a tax burden,” he added.

Saint Mary’s is working at the state and federal levels and collaborating with payers to achieve a situation where all healthcare providers serve Medicaid patients.

“If everybody steps up and takes their share, we could all survive,” Lidholm said.

Saint Rose Dominican is developing its Quality Peer Network, working with physicians, more than 600 to date, to improve quality of care, Brannman said. It’s expanding its work with the Stanford Hospital and Clinics staff in the treatment of cardiovascular, thoracic and neurological disorders along with its relationship with the regional Catholic charities to assist the homeless and other disenfranchised individuals in accessing healthcare.

Along with ongoing robotics surgeries, UMC now offers SPOTS, or Screening for Pulmonary Oncologic Tumor Services, a lung imaging and screening program using navigational bronchoscopy, said Van Houweling. Since January, the hospital has trained 4,000 employees plus physicians on its new “I Care For You” program aimed at enhancing patients’ experience at UMC. The leadership remains active in ensuring the Las Vegas Medical District, in which imaging centers and physicians’ offices are popping up, is a success.

The Valley Health System initiated a post-acute transitional care program that allows inpatients to transition smoothly from hospital to home, Perez said. Patients at high risk for readmission get a home visit within 24 to 48 hours of discharge, during which any obstacles to care—needs for rides, prescription pickups and the like—are dealt with. Nine months in, the program already has resulted in lower readmission rates. The VHS’ pediatrics provider, Summerlin Hospital, entered into an agreement with Intermountain Healthcare’s Primary Children’s Hospital in Salt Lake City to collaborate via telemedicine when necessary to keep patient care in Southern Nevada.

A major focus for Renown Health is pediatrics, Slonim said. It launched a Child Health Institute, which, with $5 million in seed money, will advance the health of Northern Nevada’s roughly 100,000 children. Recent creation of the Sierra Pediatric Blood and Cancer Consortium, a collaboration with five organizations, will maintain and expand local pediatric hematology oncology services. Pediatricians employed by the University of Nevada, Reno and by Renown Medical Group were merged into one clinical department to eliminate a segmented market. The hospital system continues expanding its telemedicine services, via Skype and other modes, particularly to the state’s rural communities.

Saint Mary’s has reinvested $60 million back into its health network and the community over the past three and a half years, Lidholm said. Newer additions include a sleep center, a women’s health center with midwife services and a wound care/limb salvage program.

With two new medical schools—University of Nevada, Las Vegas School of Medicine (UNLV SOM) and Roseman University College of Medicine—slated to open in 2017, the state’s hospitals are re-establishing and forging new partnerships to offer residencies, fellowships and educational/training programs for physicians, nurses and other healthcare providers.

UMC will continue to host residents and fellows from the Reno’s School of Medicine until UNLV SOM opens, then it will switch to accommodating students from that neighboring school, Van Houweling said. Saint Rose Dominican plans to add 100 to 120 residency slots among its three hospitals, beginning in 12 to 18 months, Brannman said. Sunrise Children’s Hospital established a pediatric residency program in conjunction with UNSOM’s department of pediatrics, Sklamberg said. Both Sunrise facilities, which currently train 100 new graduate nurses per year, are looking to expand that program and add medical educational opportunities, too. In addition to its own internal specialty training programs, The Valley Health System is also developing a graduate medical education program, recruiting from UNSOM, Touro University Nevada and outside the state. It plans to take its first residents in July 2017 and grow the program to more than 300 participants.

Renown is expanding its residency program—this year expecting 58 residents in family medicine, internal medicine and psychiatry—and fellowships in hospital and palliative care as well as geriatrics. In January of next year, as the result of a new relationship, students of St. George’s University on Grenada, a Caribbean island, will begin rotating through Renown’s hospitals for training in their third or fourth years. Renown and UNSOM will debut a Master of Physician Assistant program in June 2017. Saint Mary’s is developing a family medicine residency program to start in fall 2018 and is working with the local community colleges to offer technology education programs, such as for imaging and operating room technologists, as soon as next year.

The State of Nevada wants to add a third Medicaid managed care plan in 2017 and this summer will issue a request for proposals for that. Whereas that would benefit the state, an adequate network of physicians, other providers and facilities is needed to service those patients, Sklamberg said, which currently isn’t the case.

Improving outcomes and facilitating ease of access to healthcare will remain center stage, Van Houweling said, and potentially could become mandated via legislation or other initiatives at some point.

Who wins the U.S. presidential election this year and the consequences for healthcare, specifically the ACA, remain a wild card. Will the ACA be repealed or otherwise modified? What would replace it? How hospitals prepare for these unknowns, Slonim said, is to “keep doing your work.”