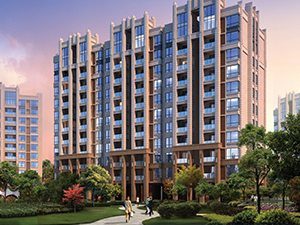 When the American Dream of home ownership took a nose dive due to the recession, many people discovered that it’s increasingly hip to rent. Subsequently in the past few years, the multi-family real estate market has enjoyed a record-setting uptick as demand has exceeded supply in Nevada as well as all over the country. “Things are very positive. This market had been one of the strongest in the U.S. for the past three or four years,” said Martin Egbert, managing partner of Nevada West Partners in Las Vegas.

According to fourth quarter, 2015 figures provided by Lied Institute for Real Estate Studies at University of Nevada, Las Vegas (UNLV), asking rents were up 7.4 percent since fourth quarter, 2014 and the vacancy rate hovers around 8 percent in Southern Nevada. Meanwhile, home ownership has trended down with about 60 percent of residents living in their own homes and 40 percent renting. “The overall multi-family market is good from an ownership standpoint because rents are high,” said Patrick Sauter, managing partner of NAI Alliance in Las Vegas. “From the standpoint of renters, they’ll be facing even higher rents. Occupancy is going up and supply won’t meet demand.”

One of the most obvious reasons for the increased demand is the rebounding growth rate that the Silver State has enjoyed since it slowed to a trickle in 2010-2011.

Nevada’s population grew to 2.9 million last year, an annual increase of 1.85 percent, with Las Vegas experiencing an increase of 2.2 percent, according to Applied Analysis. On the economic front, the state added 37,500 jobs last year while boasting that the unemployment rate continued to fall. Recent unemployment figures show an overall seasonally adjusted rate of 6.4 percent for the state, 6.2 for Las Vegas, 5.5 for Reno/Sparks and 6.7 for Carson City.

“As a 30-year owner/operator in the Las Vegas Valley, it is a very pleasant surprise to see the vitality that has come back to the market place since the deep downturn of 2008. We look forward to many more years of providing jobs and creating communities people will love to call home,” said David Picerne, president and CEO of Picerne Investment Corporation.

In addition to the improving economic indicators, growth in the multi-family market has been significantly impacted by recent cultural and demographic changes. Retirees, who are either locals or transplants to Nevada, are downsizing to rental units which give them freedom and flexibility in their retirement years. At the same time, large numbers of “echo boomers” (children of baby boomers) are pouring out of colleges hoping for jobs and an independent lifestyle away from their parents. “Demographics are a huge part of this. There’s the older demographic who are downsizing and then the millennials who are moving to an on-demand lifestyle,” said Doug Eisner, managing director of the Calida Group.

Cultural changes in recent years have created a society of young people whose dreams and aspirations reflect a dramatic change from previous generations. “The mindset and lifestyle of young adults coming out of college is different. They don’t want to be tied down with a home. They’re having children and settling down later,” Sauter said. “Everyone is focused on the millennials because of their huge numbers. They want a nicer gym, built-in technology and more common areas. Developers are meeting those needs,” he said. In order to be competitive, especially in Southern Nevada, some developers are going beyond meeting those needs to deliver lavish rental products that include dog parks, resort-like pool areas and super high-speed Internet access along with a bevy of on-sight services such as dry cleaning and spa amenities. Egbert said Nevada West properties, such as The Wyatt, offer amenities that include e-lounges, free Wi-Fi, theater rooms, cabanas, electric vehicle charging stations and kids’ water parks.

Eisner said that Calida put particular emphasis not only on the luxury aspects of multi-family living, but also on the opportunities for socialization. “When we started out eight years ago we said we wanted to build places that we’d be proud to live in,” he said. “We have a strong sense of community and we have a ton of social interaction.” Calida residences, such as the Elysian West, Elysian at Southern Highlands and Elysian at the District, typically have four or five social events, such as classes, lectures and wine tastings, each week. “In a culture where people are texting each other from different rooms, we’re adding social connections back in. All of our floor plans are designed to host a dinner party,” he explained.

Statistics show that the majority of people who choose to live in these luxurious digs are more highly educated than the average, have higher median household incomes than the zip codes where the properties are located and are likely to be younger than 33 years of age. They also perceive multi-family living as a choice based on lifestyle rather than necessity. “These people are more willing to be renters for longer and they want to be mobile. Not everyone is eager to buy a house. There’s been a shift in that,” said Spencer Baliff, senior vice president for CBRE in Las Vegas.

Similar to Southern Nevada, the multi-family market in Northern Nevada is also basking in record growth. “The market is one of the strongest we’ve seen in recent history,” said Aiman Noursaultanova, senior vice president of CBRE in Reno. “There are low vacancy rates which allowed rents to grow and be supported by a strong local economy. We’ve never seen such high growth. Between 2014 and 2015 rents grew 9 percent.” Buoyed by continued strong job growth, high rents and low vacancies, the Reno/Sparks apartment market will continue to tighten up well into 2016, according to CBRE.

As Nevada is perceived as a potential darling to investors, a provocative mix of businesses has begun to migrate once again to the Silver State. Reno/Sparks has welcomed more than 100 new companies representing 10,000 new jobs since 2011. Although economic growth is sprinkled all around the Truckee Meadows, nowhere is it more riveting than at Tahoe Regional Industrial Center (TRIC), a 107,000-acre industrial park that put Nevada on the international map as the new home of Tesla.

“The Tesla effect is valid and real. It has made additional industrial capital available. It will have a more pronounced effect after 2017,” Noursaultanova said. TRIC may not be suitable for everyone, but it’s the carrot that entices many companies and investors to consider betting on Reno/Sparks in general. The mammoth industrial center isn’t hurting for tenants, however, around 130 have hung out shingles there in recent years.

Although the impressive demand for multi-family housing is fueled by overall economic growth in Northern as well as Southern Nevada, student housing is a larger component in the Reno/Sparks area than in the Las Vegas Valley. “One of our goals is to become a great college town,” said Noursaultanova. Growth at the University of Nevada, Reno (UNR) and Truckee Meadows Community College (TMCC) has been the impetus for a number of new student housing projects that have sprung up just recently. Like millenials leaving home for a job, these students prefer residences that can deliver certain characteristics.

“The physical structures follow student demand. They need to be green (environmentally-friendly) with efficient HVAC systems, computer labs, study areas, thinking rooms, gyms and fitness areas, fire pits and multiple water fountains throughout. They need to have a community feel,” Noursaultanova said. About 2,000 upscale beds will be available to students this fall in housing projects contiguous to UNR offered by Dinerstein Companies, Sterling and Republic.

With pent-up demand, high rents and a ready supply of investors, it would seem that the multi-family market is on a trouble-free roll. Challenges remain, however, as investors and developers deal with the quirky balance between supply and demand. “The number of new construction projects in the pipeline that are competing with our stabilized properties has kept us on our toes in terms of updating our interiors and amenities. The large number of single family rentals with competitive rents has changed our outreach and marketing efforts. The new Yieldstar/LRO computer-generated rents used by some of our competitors requires a very hands-on approach to pricing on a daily basis. The Las Vegas median incomes are not rising fast enough to support some of the higher rents that are demanded if land and construction costs continue to escalate,” Picerne explained.

Other challenges include the scarcity of land and changing banking regulations. “It’s getting a little bit harder to find land that is properly zoned,” Egbert added. With location always a prime consideration in real estate transactions, developers are bound to have fewer choices as the Nevada desert becomes increasingly covered with asphalt and structures. Although it’s difficult to tell exactly what the effect might be on financing multi-family construction, recent changes in banking laws as a result of the Dodd- Frank Act require banks to have a higher percentage of money on reserve to cover those types of real estate loans. It’s reasonable to speculate that banks will be more stringent in their lending requirements which could have a chilling effect on the overall amount of construction.

On the other hand Picerne expressed concerns that in the next five years there is the potential for overbuilding in the Las Vegas market. As owner of 5,000 units and manager of another 1,600, he said his company is bullish in general, but believes the development community needs to stay reasonably disciplined to avoid the potential for correction in the supply/demand equilibrium.

For now, however, the immediate future looks bright with a large number of high quality projects being delivered to a market eager for its products. “Jobs secure everything. The news is good so it’s fun to read the paper again,” Baliff said. 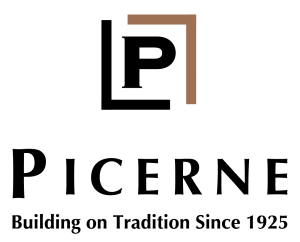 Our philosophy is simple. Build well-conceived, well-located communities with outstanding long-term potential. Stay on the top of the ever changing needs of the community. Combine superior customer service with outstanding quality and craftsmanship resulting in a thoughtfully-designed community that you will be proud to call home.

Because we develop both for fee clients and our own portfolio, we invest in quality and community ties. Whether it’s our projects or our relationships, we build for the long-term. The performance of our portfolio reflects not just the care given to the choice of sites and design, but the acumen of our property management staff. Distinctive asset management maximizes the value of our portfolio. Picerne exercises tight control over quality and implementation to ensure our communities are successful.

Every project we undertake benefits from over 90 years of experience. Picerne takes pride in all of our developments. Great care is given to all phases on a new community, from pre-development and design, to the skillful and caring management team. We couple prime sites with uniquely designed floor plans, expansive open spaces and state-of-the-art amenities to ensure uncompromising quality and luxury. Picerne has built an extraordinary development, construction and management group resulting in a fully integrated team. This ensures that each new development is given exclusive attention to detail from locating the right site through continued property management.

Picerne’s regionalized development, construction and management operations enable us to thoroughly evaluate opportunities based on an intimate knowledge of local markets. This is complimented by the exceptional capitalization of a large national company. 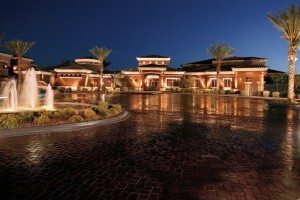 David R. Picerne, President and CEO of Picerne Real Estate Group, has managed the development and construction of approximately 40,000 luxury apartment homes nationwide. Picerne has earned a reputation as a developer who balances respect for value with sensitivity to environment and design. After thousands of apartment units, Picerne has refined the ability to access proposals on the basis of sound economic principles, not current fancy.

Picerne is proud to announce their new line of apartment homes opening in 2016 – Level 25. Visit our website at Picerne.com to learn how you can increase your level of comfort and style; elevate to a new level of sophistication; indulge in an expanded level of amenities, and enjoy a new level of service.