You are here: Home / Departments / Commentary / Time to Kick the Kids Out of the House and Do a Bit of Damage Control 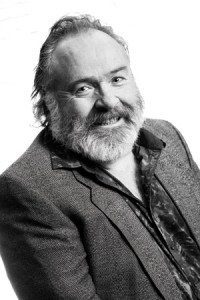 The recent passage of our state’s largest tax package, which came on the heels of a ballot in which Nevadans overwhelmingly rejected a similar business tax, makes it abundantly clear that our state politicians have no regard for the wishes of the people. And if they don’t represent us, then whom do they represent? However, the bigger question is what are we going to do about it?

It is very similar to parenting. If you tell your child they can’t do something, and they ignore your wishes and do it anyway, there must be consequences. Otherwise, the parents will quickly lose control over the child and there will be a power shift, similar to the tail wagging the dog. As the father of ten, I admittedly have more experience parenting than I do in politics. But I believe the same principles apply. In our home, when our children became young adults and thought they could disregard the rules of the household, it was understood that the time had come for them to move out of the house.

So what should the consequences be for the elected officials that ignore the wishes of the people? I say it’s time we kick them out of our house. Obviously, there’s a bit more of a process than just asking them to leave. It’s called elections. When those that voted to impose the burdensome tax on business come up for re-election, let’s make sure they are not allowed to stay in our house. After all, we are the ones paying the bills.

Since most of our elected officials voted to pass the tax bill, the list of those that listened to we the people is much shorter. The lawmakers that held the line and voted against passage are Rep. Jill Dickman (R), Rep. Christopher Edwards (R), Rep. John Ellison (R), Rep. Michele Fiore (R), Sen. Pete Goicoechea (R), Sen. Don Gustavson (R), Rep. Ira Hansen (R), Rep. Brent Jones (R), Sen. Mark Lipparelli (R), Rep. Victoria Seaman (R), Rep. Shelly Shelton (R), Rep. Robin Titus (R) and Rep. Jim Wheeler (R). I say we keep them, and kick out those that insisted on overriding the will of Nevadans. And, for heavens sake, let’s not elect them to a higher office (such as the leader of the pack, Michael Roberson, who is running for U.S. Congress).

Until we have the opportunity to vote them out, there is something we can do in the way of damage control. We have an opportunity to repeal the Commerce Tax. Led by state Controller Ron Knecht, political action committee (PAC) “RIP Commerce Tax” proposed a veto referendum that would allow voters in Nevada to decide whether or not the Commerce Tax should be repealed.

The measure was approved in late December by Carson City Judge James Wilson. The Coalition for Nevada’s Future, which opposes the measure, worked to invalidate it based on technical language rather than merit. Thankfully, Judge Wilson rejected that argument saying that an overly technical interpretation, “may impede the people from exercising their constitutional right to propose laws.” I’m grateful to see that someone in Carson City still remembers that the people should hold the power, not the government.

Since Judge Wilson has approved the measure to move forward, “RIP Commerce Tax” will now be collecting signatures to ensure the measure is placed on the ballot in November. To find out how you can get involved go to RIPCommerceTax.com.

If the measure is on the ballot and if it goes the way the of the Margin’s Tax, the Commerce Tax could be repealed as soon as November 22nd of this year. Sign the petition and, when it comes to the ballot, vote to repeal the Commerce Tax. Let’s undo the damage lawmakers have done to businesses and take back control of our house!