You are here: Home / Features / Feature Story / Banking On Nevada: An Industry Still in Recovery 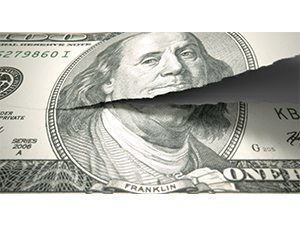 Nevada’s banking industry, which was hit hard during the recession, continues to see challenges today. Some bankers believe post-financial crisis regulations, rising interest rates and the popularity of mobile banking and other technology will continue to change their industry. Others believe China’s economic slowdown, Saudi Arabia’s worsening relations with Iran and an unpredictable North Korea could create volatility within the Nevada and U.S. economy.

“First thing, I wouldn’t use the world challenging, I believe volatility is more appropriate,” said John Wilcox, senior vice president and regional banking manager with City National Bank. “We believe, despite the volatility, there will be opportunities throughout 2016, and we think it will be a good year.”

“When China has a problem, that tends to concern everybody,” Wilcox said. “When Saudi Arabia and Iran are dealing with tense diplomatic relations, that causes more concerns. All of that news shakes up investors. “

Wilcox explained the danger is not to be aware of the opportunities that are right in front of us. Although Wilcox sees potential for volatility, other bankers used different words to describe the industry and Nevada’s economy in this post-recession environment.

“We’re doing much better,” said Dallas Haun, chief executive officer and chairman of Nevada State Bank. “I have to say the economy is doing much better today, which wasn’t the case five or six years ago.”

Haun described Nevada’s economy as entering a new normal with the banking industry adapting to rapidly rising real estate values. Haun admitted that the number of qualified borrowers today is better than in recent years, but is still insufficient.

“It’s still an issue,” the veteran banker said. “The issue is the underlying criteria is still driven by land values for many customers. The percentage of (loan) applicants over last year has been increasing. That’s a good sign, but there are still those who don’t qualify.”

John Guedry, CEO of Bank of Nevada, agreed that loan demand has been improving year-over-year in Nevada. “It’s trending upwards, which is good, but it is still lower than we would like to see in an economic recovery,” he said.

Many potential borrowers’ financial situations remain negatively impacted by the recession and its effect on commercial real estate prices. Haun said the main underwriting criteria for many loans is land values.

“All banks are hungry for qualified borrowers and performing loans,” Wilcox added. “It’s the easiest way to make money. It’s also good for the community.”

Banks in Nevada have been struggling with low interest rates making it difficult for them to increase business and make money from low interest rate loans when they are all competing in a small market.

But some help is on the way. In December, the Federal Reserve raised its benchmark short-term interest rate for the first time since the central bank lowered it to near zero in 2008 during the recession. San Francisco Reserve Bank President John Williams recently told CNBC a quarterly increase of 0.25 percent in December “makes sense.”

“I think something in the three-to-five-rate-hike range makes sense at this time,” Williams said in an interview with CNBC. He said that decision will depend on the economic data. Williams is not a Federal Open Market Committee voter this year. San Francisco is the headquarters for the Twelfth Federal Reserve District, which includes Nevada.

“I think there is more of a positive effect,” added Guedry. “The Federal Reserve saw enough signs of life in the economy to raise rates. Hopefully, it will motivate those businesses on the sideline to get back into the expansion mode before rates get too high.”

“Our margins have been constrained by the low interest rate environment,” Haun said. “If it’s done right, it can help the bank’s bottom line, and increase what we pay on deposit rates.”

In the beginning of this month, the federal funds rate, which is the interest rate banks lend money to each other usually on an overnight basis, was 0.50 percent, compared with 0.25 percent last year. While most bankers believe more interest rate hikes are inevitable, not everyone agrees with Williams comments to CNBC about future interest rate increases.

“I don’t expect there will be 3 to 5 rate increases,” said Kirk Clausen, regional president for Nevada at Wells Fargo Bank. “They have been very steady about how they move forward. They have also been very measured as they try to get us into a normal (interest) rate environment.” Clausen added there is a “lot of room towards normalcy.”

Sanford Sadler, president and chief credit officer with First Security Bank of Nevada, also expects more interest rate increases in the coming year, but his expectations were also for the Federal Reserve “to take it very slowly” by doing the right thing at the right time. Sadler said eventually there will be some impact on their customers from rising interest rates. “That day, however, is not today,” he said. But Sadler said in the future, rising interest rates will make it a little more expensive for consumers.

While rising interest rates will eventually make it more expensive to borrow money, Nevada banks note that lending activity continues to rise. There are more potential borrowers and loan demand is beginning to return.

“It’s very good,” said Sadler. “There are opportunities here for us to loan money. The economy is improving, although at a slower pace than everyone would like. But it’s growing.”

Sadler described First Security Bank of Nevada as a “middle market” lender, with loans averaging between $3 million and $6 million.

Clausen said the “trends are great” in Nevada. He said Wells Fargo continues to serve and put significant focuses on business lending, particularly small businesses. In terms of trends, Clausen said it Small Business Administration (SBA) loans is “where it’s at for credit in the business community.” Wells Fargo has approved more than 7,200 SBA loans nationwide worth more than $1.9 billion.

“What SBA loans provide is an entry for small business startups,” Clausen said. Those SBA loans are a way to form long-term business relationships.

In Northern Nevada, the economy has benefited from Tesla Motors Inc. building its $5 billion battery factory, as well as an influx of other technology, manufacturing and small businesses.

“We’ve got an opportunity,” Wilmoth said. “We feel like we built a niche. It’s pretty good times up here. A lot of small businesses are coming to our region.”

While there are opportunities for Heritage Bank of Nevada, Wilmoth said his bank hasn’t and won’t change its underwriting criteria on loans. “We give credit out to people who can pay us back without great strife,” Wilmoth said. “It’s a partnership between us and the customer.”

Wilmoth said the average loan ranges between $5 million and $10 million. He explained most of the economic impact in Northern Nevada is being driven by small businesses.

“There are still some pretty tough metrics statewide,” Haun said. “For us, our [loan] approvals are increasing, while turn downs are decreasing. That’s a good sign.”

Both Haun and Sadler agreed that while loan demand is increasing, the number of qualified borrowers continued to be a challenge. And, neither Nevada State Bank nor First Security Bank of Nevada are prepared to change their loan conditions.

“We are not loosening our loan requirements,” Sadler said. “No way. Our policy on loans is that we want to sleep at night. I have been through a number of recessions and the impact they have on the ability of businesses to repay their loans. We are guarding against that. It means we have lost some business, but that’s ok.”

In recent years, the merger and acquisition activity of banks in Nevada has been very quiet. Today’s banking industry in Nevada, however, looks quite different than it did in 2007, a result of mergers and acquisitions or banks simply going out of businesses during the recession.

“We are down to a stable group of banks,” Haun said. In terms of community banks, Haun said there was Kirkwood Bank, Bank of George and Meadows Banks among others.

Haun said he really didn’t expect new banks to enter the market or any community banks to be sold, unless it’s a one off merger between smaller financial institutions. Clausen said the banking industry has lost 15 to 20 banks from pre-recession days. He added that there are opportunities for mergers and acquisitions, but “it has been really quiet for a number of years.”

“It doesn’t impact us in Nevada,” said Clausen, of Wells Fargo. “Maybe nationally, but competition is really great. The more competition there is, the better it is for the consumer.”

Guedry agreed saying City National Bank was already established in Nevada. He said this deal was more about RBC expanding their business into the United States.

City National Bank, with $35 billion in pre-merger assets, kept its name and operates independently of RBC’s U.S wealth management operations, following the acquisition’s closure last year. Specifics on what impact RBC’s acquisition of City National Bank would have on its operations in Nevada is yet to be seen.

“My initial comment is stay tuned. You are going to see some significant investment in Nevada,” Wilcox said. “Now we have a parent company with a trillion dollar balance sheet.”

In 2016, the banking industry should continue to undergo modest change as enhancements continue to be made to mobile banking, the economy improves and investments are made in security technology.

City National Bank will be upgrading its internet banking this year. Wells Fargo is considering expanding its branch network and First Security Bank of Nevada continues to upgrade its security to guard against hacking. You can bet those aren’t the only changes Nevada banks will undertake in 2016.

“Technology and security keep me awake at night,” said Wilmoth of Heritage Bank of Nevada. “I want to be at the top of my game. I think the new chip card is a huge deal.”

Banks in Nevada have eliminated a number of jobs in recent years. Much of the cutting has been in the mortgage business, which banks scaled back due to decreases in refinancing and delinquencies.

“There’s still some carry over from the economic recovery,” Guedry said. “I think the Federal Reserve raising interest rates was a good thing, maybe we’ll see some businesses get back in the game.”

Those same financial institutions face a challenge of recruiting the bankers of the future as potential employees find well-paying jobs in technology and other industries. Haun said Nevada State Bank was constantly bringing over qualified interns from UNLV’s Lee School of Business. Wilcox added the challenge is finding qualified people. “It takes time and we devote a lot of energy to finding and hiring people.”