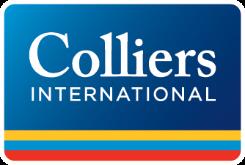 LAS VEGAS – Southern Nevada’s industrial market rounded out 2015 with one of its strongest years ever. Industrial demand was partially stimulated by construction activity, and while infrastructure development is supplying most of that activity, multifamily projects are contributing as well.

During the fourth quarter, industrial vacancy fell to a low 5.5 percent, having absorbed 5.1 million square feet in 2015. While the warehouse and distribution segment outperformed the rest of the industrial market, light distribution and light industrial buildings showed strong growth, and may be on the cusp of new development. Asking rates have edged higher in 2015 as well, ending the year at $0.64 per square foot (psf) on a triple-net (NNN) basis. Higher rental rates are stimulating new development. Southern Nevada added 1.9 million square feet of space to its industrial inventory, and is poised to do the same in 2016.

“2015 was an unmitigated success for Southern Nevada’s industrial market,” said John Stater, research manager at Colliers International – Las Vegas office. “It was stronger than we, and I’m guessing most others, had expected.”

Southern Nevada’s multifamily market ended the year with 4.7 percent vacancy and steadily rising asking rents. In 2015, an additional 1,400 multifamily units were added to inventory. More than 1,900 units are currently under construction, with another 1,700 units planned to begin construction in the next 12 months. While new construction could increase vacancy in the near-term, the multifamily market’s long-term prospects are strong. With single-family home prices on the rise, multifamily remains a good alternative for many people, especially Millennials.

Southern Nevada’s other economic engine, hospitality, also hit new heights in 2015. Visitor volume for 2015 is predicted to hit a new record of approximately 42 million people. Room occupancy remained high and average daily room rate (ADR) and revenue per available room (RevPAR) were higher this year than last. Gaming revenue continued to lag, as operators found new ways to entertain visitors. Hospitality development is now focused on creating new experiences for visitors, including the new arena behind the New York-New York Hotel and Casino, a new theatre at the Monte Carlo, a renovation of the Thomas & Mack Arena, and a golf entertainment complex at the MGM Grand. Next year, construction of new resorts will begin in Southern Nevada, with the first phase of Resorts World Las Vegas expected to be completed in 2017.

“The previous hospitality boom came as a result of the development of new resorts,” said Mike Mixer, executive managing director at Colliers International – Las Vegas. “The current recovery appears to be driven by reinvention, redevelopment and diversification of the entertainment landscape.”

Southern Nevada’s office market would greatly benefit from a breakout year comparable to the one the industrial market recorded in 2015. However, there is no cause to fret with over 1 million square feet of net absorption and a decreasing vacancy rate it saw in 2015. The office market will continue to be challenged in 2016 with more conservative attitudes toward expansion and technological innovations that are cutting the amount of space required per office employee. 2016 will proceed much as 2015 did, with minor setbacks and overall positive performance. Development of new office space should remain restrained, with completions totaling around 100,000 square feet, and the potential for double that amount. Colliers International – Las Vegas believes that net absorption will come in at roughly 1 million square feet, which should bring vacancy down to approximately 16 percent by the end of 2016. If demand remains healthy, asking rates will continue to rise, and could result in ending the year at approximately $2.05 psf FSG.

Southern Nevada’s healthcare market is finally on the mend, with strong growth in healthcare spending and healthcare employment. The medical office market is also improving, though not as rapidly as some might expect. However, this could improve in 2016 if employment and spending continue to improve at a rapid rate. Part of the drag is related to the new ways in which healthcare is delivered, such as through medical groups and in non-traditional settings. However, the medical office market might also be suffering from a demographic shift, which could help explain the very high vacancy rates in the Airport submarket. The Airport submarket is probably out of luck in terms of improving its demographic destiny, which was once well-located to support the West Henderson market and in the Southwest, which did not see the population increases that were expected for that submarket in the 2000’s. However, the Southwest is again seeing construction of single- and multifamily homes, which should increase net absorption in that submarket in the near future.

Southern Nevada’s retail market is in the second expansion phase since the end of the Great Recession. 2015 saw 4.2 million square feet of net absorption, a significant improvement over 2014, and vacancy drop to 9.6 percent. This is still a high level of retail vacancy, possibly driven by a general trend in retail to smaller footprints and more online sales. Of some concern is recent retail employment growth, especially given that the end of the year usually brings stronger, temporary growth in retail employment. Again, the retail landscape, much like the office landscape, is being impacted by the internet and online retail.

Southern Nevada is back to its old tricks. With both hospitality and construction industries growing again, the commercial real estate market is reaping the rewards. The industrial and multifamily markets are now transitioning from recovery to expansion, and the office and retail markets continue their slower recovery. Since developers are getting back into the business of developing in 2016, it’s a good bet that they will soon need to replenish their supply, which should boost the demand for land in Southern Nevada beginning in 2017. Colliers International – Las Vegas believes that the industrial market will continue to outperform other commercial real estate sectors, but all sectors will have shown improvement by the end of this year.

Colliers International is a global leader in commercial real estate services, with over 16,300 professionals operating out of more than 502 offices in 67 countries. A subsidiary of FirstService Corporation, Colliers International delivers a full range of services to real estate users, owners and investors worldwide, including global corporate solutions, brokerage, property and asset management, hotel investment sales and consulting, valuation, consulting and appraisal services, mortgage banking and insightful research. Colliers International has been ranked among the top 100 outsourcing firms by the FirstService Global Outsourcing for 10 consecutive years, more than any other real estate services firm.