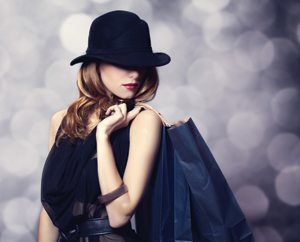 The market is just beginning to get healthy again, added Jeff Axtell, executive vice president of Vestar, a developer and manager of commercial properties in the western states. The company owns and manages The District at Green Valley Ranch in Southern Nevada.

“The market is kind of being resurgent,” he added. “A lot of tenants who had never been interested in Las Vegas in the past five years are now starting to have an interest and look at it.”

The vacancy rate in the overall Las Vegas Valley’s retail market, including both anchored and unanchored space, was 10.9 percent at the end of 2015’s third quarter, the most recent period for which data are available. According to Xceligent’s Las Vegas, Nevada 3rd Quarter 2015 Retail Market Trends report, this is a drop from its most recent high of 11.1 percent at the end of 2014. At its lowest, the vacancy rate was 3 percent.

“We’ve been pressing down since 2010,” Sorrentino added. “It’s gone down every year.”

However, all of the prospectives looking at space isn’t translating into closed deals. The problem is too much demand for the well-located, anchored, well-designed, modern space and little to no desire for the rest. Unanchored retail space in strip malls is experiencing the least activity, particularly in the city’s more mature areas, such as various parts of central Las Vegas but excluding the Hispanic neighborhoods, Sorrentino said. This resulted from a flight to quality in which tenants moved to the Beltway. Today, retailers continue to move to where other quality retailers are.

“Everybody wants to be in the same location literally, one intersection, one stretch of road,” Sorrentino said.

Much of the vacant space consists of retail product people don’t want, but that will change as the market continues strengthening.

“The bullishness will absorb the not disciplined or poorly positioned vacancy,” Sorrentino said. “Some of it will get absorbed because there’s no place else to go.”

With 184,000 square feet of space overall being snatched up in the first three quarters of 2015, according to Xceligent, net absorption was positive in all retail product types except unanchored space.

“Net absorption is struggling because of the lack of quality anchored space,” Restrepo said.

Retail’s leasing rates in general have been flat because space still is being absorbed. The average asking lease rates per square foot in 2015’s third quarter ranged from $1.25 to $1.78 depending on the product type.

For anchored space, asking monthly rents bounced around from $1 to $1.10 per square foot between October 2014 and October 2015, Restrepo said. This compares to $1.30 in the third quarter of 2013 when more quality space was available.

Sales of retail properties have been active. For example, Cornerstone Capital bought 148,791 square feet in Crossroads Towne Center in the northwest, and South Main LLC acquired a 115,213-square-foot freestanding building also in the northwest, per Xceligent.

Whereas sales volume in the third quarter increased quarter over quarter, the asking price per square foot, however, was down $3.

Due to the amount of available retail space, most developers continue to refrain from launching new projects.

“Over the next two to three years, there might be an opportunity for some new development, but in the past five years and right now, there hasn’t been the demand,” Axtell said.

Due to market conditions in its target markets, Vestar’s strategy for the past five to seven years has been to purchase then remodel and reposition existing retail centers, Axtell added. It did this with The District at Green Valley Ranch in Henderson, converting a pedestrian area to a two-way street with parking, enhancing landscaping and adding tenants (Victoria’s Secret, Bed Bath & Beyond and Bella Vita are a few), which resulted in a 15 to 20 percent increase in sales, Axtell said. Now, however, the development firm wants to shift its focus in the next three to five years to ground-up development.

Some new retail, however, is being constructed, primarily in the southwest and southeast locales, said Sorrentino. For example, in October, Breslin Builders, a Las Vegas-based, design-build, general contractor, began construction work on two new retail buildings totaling over 20,000 square feet on Cactus Avenue in the southwest. In February or March, Vestar plans to begin work on a 10,000-square-foot pad at The District.

Additionally, in Summerlin, the recently completed Downtown Summerlin has been a boon to the northwest. The mixed-used development combines 1.6 million square-feet of retail space with 200,000 square feet of office space. Anchored by Dillards and Macy’s, the mall officially opened in October of 2014.

Two planned anchored developments slated for a 2016 completion, according to RCG Economics’ report, are the 73,000-square-foot DCs Plaza and the 152,000-square-foot Decatur 215, both in the northwest.

“They are a combination of traditional retailers plus in line and pad site restaurants,” Restrepo said.

Additionally, some projects that have been on hold for years are restarting. For example, four grocery store-anchored centers (Sprouts, Smiths, Albertsons and Walmart) are scheduled for delivery this year and next.

The Valley’s retail sector is tracking like those of similar U.S. markets that were hit hard when the economy crashed—Phoenix and Tucson in Arizona, Southern California’s Inland Empire and even some parts of Florida, Sorrentino said. In other states that endured the recession well, the impact on retail was minimal and, therefore, the sector didn’t have to recover.

The ratio of anchored spaces to small shops in an anchored strip mall has changed, from 50:50 to more like 75:25 or even 80:20. What’s going into the centers instead of shops is places that offer services—gyms, fitness studios, restaurants and salons for example—that people can’t obtain online where they’re doing a lot of merchandise purchasing.

Retailers that aren’t service oriented need something to draw in customers, such as an entertainment experience, something to do or attend. For instance, the Downtown Summerlin mall offers farmers’ markets, winter ice skating and events year-round.

“We anticipate that there will be more emphasis in adding open-air gathering spaces,” Restrepo said.

Other retail market trends include absorption of traditional space by medical entities, such as urgent care centers, opening of medical marijuana dispensaries and U.S. presidential candidates looking for short-term space.

The market continues to be challenged by a lack of anchored supply, Restrepo said. Though consumer spending has increased, it’s been based on greater utilization of credit cards than on upticks in real wages and incomes, which isn’t ideal.

The Las Vegas Valley needs more good retail, Sorrentino said, but it won’t get it until the housing market rallies further.

“Until that happens or the market looks back inside and starts redeveloping, you’re going to have pent up demand for quality retail,” he added.

This year should see the opening of IKEA in the summer, the completion of the second phase of the lifestyle center, Tivoli Village, and the debut of Henderson Hospital, the anchor of the future Union Village, a 170-acre, mixed-use, healthcare complex.

Otherwise, the retail market will continue to rebound slowly, and we can expect to see more of the same, leading to continued lowering of the vacancy rate. Restrepo said he expects lenders to move toward more aggressive lending policies, which would result in additional anchored center construction as the economy improves.

“We think we’ll see continued strengthening and demand for retail in the market,” Axtell said. “More retailers will look at and enter the market. New retailers will open stores and make commitments to opening stores.”

This is because the contributing factors are improving. Reno-Sparks’ unemployment rate dropped to 6.7 percent in September 2015 from 7.3 percent the previous September. Consumer spending in August 2015 was up 6.9 percent over the prior year. Housing prices have moved upward, helping individuals strengthen their finances and ability to obtain home equity loans for construction. Increased demand for housing has led to a spurt of new construction. Further, the region continues to attract a number of new businesses.

“We’re really picking up and going into next year with a lot of growth potential and jobs and residences,” Bland added. “That then leads to more spending in retail environments.”

The retail market’s overall vacancy rate in Reno-Sparks at the end of 2015’s third quarter was less than 15 percent, NAI Alliance’s 3Q15 Retail Market Report showed. That rate is “pretty good,” Bland said, as it compares to the most recent high in 2013 of 17.6 percent.

“The rate has dropped consistently since 2013,” Bland added. “Now is a good time for retailers to enter the Northern Nevada market because product is available at good rates.”

The sector is averaging about 47,000 square feet of net absorption per quarter, but the industry would like to see an additional couple thousand or more square feet per year taken up.

“It’s just the internal shifting of who’s moving in and who’s moving out of the existing spaces,” Bland said.

Demand for first-generation retail space for anchor uses and shop spaces (under 20,000 square feet) has been minimal. Most tenants entering the market, even anchor ones, have been getting second-generation space at attractive prices.

What has been erected recently is mostly of 10,000- to 20,000-square-feet pads, such as a 7,014-square-foot building in Reno for Sleep Number, and facilities for Dunkin Donuts, Menchie’s Frozen Yogurt, Jimmy John’s and Sparks Marina Dentistry at or near The Legends at Sparks Marina outlet mall.

Leasing rates are firming slightly for the better spaces, such as in the Meadowood region, and scattered throughout the market. Rates for less desirable spaces are remaining static.

“Some of the best pieces of real estate are becoming more picked over,” Bland said. “The quality large box availability is becoming a little bit more limited in the best parts of town.”

Retail property sales are occurring. Three significant ones in the third quarter of 2015 were Plaza 800 in Sparks for $4.2 million, Greenbrae Shopping Center also in Sparks for $5.2 million and the Vista Knolls shopping center in Lemmon Valley for $7.2 million.

Compared to that of larger metropolitan areas, such as San Francisco, Phoenix and Las Vegas, the retail market of Reno-Sparks is taking longer to recover because, being smaller, it suffered more from the economic downturn. “The larger the market, the more demand there has been in general for retailers to be moving in, so there’s kind of a pecking order of sizes of markets,” Bland said.

In terms of trends, more regional dental offices and restaurants, such as Chick-fil-A, have opened in Reno-Sparks. In addition, grocery offerings have been changing. More specialty and natural grocers have emerged, and 99-cent and dollar stores have boosted their grocery component, both of which continue to pressure the traditional markets, like Scolari’s and Save Mart.

For 2016, Bland anticipates continued improvement, declining vacancy rates and increasing demand. The region’s economic development should lead to additional retailers looking to expand in the market.

“With that, we’re going to have a strong wind behind our sails for the foreseeable future,” Bland added.