You are here: Home / Features / Cover Story / Raising the Grade: Higher Education in the Silver State 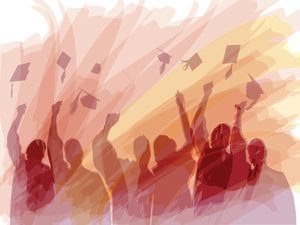 Education, economy, workforce, workers: pieces of a puzzle that come together to form economic development for Nevada and the ability to make a living for each individual.

According to the U.S. Bureau of Labor Statistics, educational attainment and income are linked. Earnings and unemployment rates by educational attainment show national unemployment rates of 2.1 percent for individuals with a doctoral degree, 3.5 percent for those with a bachelor’s, and 6 percent for workers with a high school diploma. People with a doctoral degree made median weekly earnings of $1,591 in 2014, while those with a bachelor’s came in around $1,101 and high school graduates made $668.

As Nevada diversifies its economy, University of Nevada, Las Vegas (UNLV), is tasking its colleges to grow new programs. If individual colleges within the University can create proposals showing demand and can provide a quality education and a good outcome, the University will accept those programs and allow as much as 70 percent of tuition revenue to remain with the students in the program. “We’ve already given the green light to one program in health administration,” said Len Jessup, president, UNLV.

Nationally, according to 2013 Census figures, 40 percent of the working-age population holds a two or four year college degree. Nevada stands at 31.1 percent. “I understand that this state has 35 to 38 percent of our population with a degree, which may include an advanced certificate,” said Marc Johnson, president, University of Nevada, Reno (UNR). But as employment projections indicate that, nationally, jobs in the near future will require 60 percent of the workforce to have degrees and highly trained certificates, there’s still an extreme skill gap in Nevada, and higher education is the bridge. The Governor’s Office of Economic Development (GOED) has identified manufacturing as the economic development focus for Northern Nevada and, to some extent, Southern Nevada.

Johnson said incoming students are becoming career-oriented and focused on the disciplines they need to study to be part of the industries growing in Nevada.

“And by that I mean engineering is our fastest growing discipline,” said Johnson. “Last year for the first time we had more new freshmen in engineering than in the entire college of liberal arts.”

The fastest growing colleges are engineering, health sciences, business and science. The downturn caused students and parents to reconsider return on investment for any degree a student might earn.

“People are thinking if they’re doing this kind of spending on a four-year degree, it has to lead to something,” said Jessup. “Students ask all the time what to major in and my response is that you can get a good job no matter what major you choose. If it’s something you’re passionate about and want to excel in it, there will be a job for you.”

Not surprisingly, the recession caused a jump in enrollment in higher ed, and just as predictable, recovery caused a downturn.

During the downturn, College of Southern Nevada (CSN) reached a historic high enrollment of 44,088 students in fall 2010, which, mixed with non-credit enrollments, made it the largest institution west of the Mississippi.

While Truckee Meadows Community College (TMCC) in the north experienced both an increase in enrollment during the recession and a decrease during recovery, it also put in place some new certificate programs in manufacturing to meet the needs of new businesses like Tesla and Switch. It didn’t originally look like there’d be enough interest for the program to keep running – then Tesla announced plans to build in Nevada. Within days, TMCC’s program had a waiting list.

Where Nevada differs is in the number of people still seeking paths to degrees even as the economy recovers. The universities at both ends of the state experienced slow but steady enrollment increases throughout the recession. In each of the last two years, UNR has added an additional 1,000 students while maintaining a six-year graduation rate of 59 percent, slightly above the national average for a four-year campus.

In Southern Nevada, UNLV has enrollment close to 29,000, and achieved its largest incoming class ever in September 2014. The university’s incoming students are mostly from Nevada’s K-12 system.

The role of K-12, said Johnson, is to graduate students, a large portion of whom will be able to take the level of technical training and degree training necessary to take jobs created by the new companies coming in. Toward that end, there is close collaboration between the Washoe County School District (WCSD), the superintendent of schools and the presidents of TMCC and UNR to provide remedial education and move students from high school to college.

One way of doing that is for WCSD teachers to teach university remedial math to high school students. When students pass those classes, it indicates they can move into college math as soon as they’re in college. While 10 to 12 percent of students still arrive needing remedial math or English, things are changing.

One of the biggest challenges facing higher education is money. During the economic downturn, states including Nevada pulled resources from education. Across the country, universities and colleges were faced with raising tuition to cover the shortfalls, many of which have yet to be made up.

However, Nevada’s leadership is working for higher education. For example, in June 2015, Governor Sandoval signed a bill authorizing $27 million to launch UNLV’s School of Medicine. “Given what was going on nationally, UNLV was well served by the state,” said Jessup.

Richards cites the balancing of state tuition policy with the diminishing investment of the state in higher education as one of the challenges and said that there needs to be more consideration of what students can afford.

Students attending community colleges – a lower cost alternative for lower division courses – are often older than those attending universities. The average community college student is 27. Many are already working and have families. Once considered a non-traditional group, this is expected to become the norm.

“What has been termed the non-traditional student, 25 years of age or older, has now become the traditional population in terms of size,” said Spencer Stewart, chancellor, Western Governors University (WGU). “Some projections indicate by 2020, 42 percent of all college students will be 25 years or older.”

WGU is one of the solutions put into place to serve adult learners and rural communities. New to Nevada in 2015, WGU is 19 years old. The online school offers more than 50 bachelor’s and master’s degrees in high-demand fields like business, IT, teacher education and healthcare.

One of the challenges to higher education Stewart sees is students enrolling but not finishing their college degrees. “We talk of starting college. We need to shift the conversation to completing college within a reasonable time period. We don’t do great service to part time students. The data indicate the longer a student is in college, the less likely they are to complete,” said Stewart.

University of Phoenix is also geared toward the adult learner working toward a bachelor’s or master’s degree. The school offers programs that complement state economic and workforce needs, according to Paul Green, campus vice president, University of Phoenix.

Community colleges are workforce development engines in our country and, because of that, provide open access. This means community colleges are sometimes faced with students who are not college ready. Of the students who entered CSN in June 2015, from some 40 high schools in the Clark County School District (CCSD), 51 percent were college ready in English, 21 percent in math and 28 percent in reading.

In Northern Nevada, TMCC also offers a community college high school and enjoys a close working relationship with WCSD. Along with testing students in 11th grade to ascertain college readiness, TMCC also has Applied Technology Center. The program that accepts 11th grade students and by the time they finish they will have attained a high school diploma and a technical certification.

Another challenge facing higher education is defining boundaries – where do community colleges stop and universities begin?

“We need to distinguish our mission as clear and distinct, and yet overlapping with University of Nevada, Reno,” said Maria Sheehan, president, TMCC. The two institutions are very close in mission, and both are responsible for teaching lower division courses. “But because there’s a focus on community colleges offering workforce technical training, the critical mission of the college providing the first two years of a four year experience often gets confused or even forgotten.”

Sheehan added that another challenge is the mission of technical training since, like other community colleges in the state, TMCC has undergone drastic reductions in base funding. “Yet we have the overwhelming need coming from the community to produce workers that have technical training.”

TMCC has been fortunate in receiving state and federal grants, but those only stretch so far, and private donors can suddenly switch their interests, leaving programs without a portion of their funding. Depending on grants and donations to create wrap-around services like tutoring, advisement and remedial services is very challenging, Sheehan said.

Online, On Campus or a Hybrid?

In addition to WGU’s online offerings, the last several years have seen steady growth in CSN’s online enrollments where not just courses but 25 programs are available. However, not all students are ready for the work and motivation necessary to succeed in online instruction.

“The challenge for all institutions offering online instruction is to have backup services available for students, tutoring and advising, so those students can be more successful,” said Richards. Online education must be working for a lot of students, however; between 2011 and 2015 the number of students taking at least one online class increased by 11 percent at CSN, with 15,000 students taking at least one class online.

“In my experience, it depends on each student,” said Green. “Each student is motivated by different goals and their level of commitment varies as well. Some students can only study at a ground campus with a faculty member face to face, while others prefer studying online due to their heavy work and family schedules. If students are focused on learning, then they’ll be able to learn the required objectives and get a great education no matter what modality they are attending.”

It’s all about perspective. Jessup added that it can be easier to hide out in the back row of a physical campus classroom. Additionally, research has shown that critical thinking skills are practiced more in online classes than face to face, possibly because, in the online world, there’s no way to hide from the instructor.

“I tell students if you can take a degree on campus, do it,” said Jessup. The benefits are social, like meeting instructors and fellow students, and networking opportunities. “But if you can’t come to campus, take a degree from us online. It’s still UNLV, still the same faculty and highly ranked alternative.” UNLV has a thriving online program with several different majors offered.

“As the workforce needs become greater and more complex, you need more and more people with diverse skills and, really ,with diverse ways of thinking,” said Jessup. “Choose a degree program that teaches you to think about things in different ways – I think that goes all the way from engineers to artists and graphic designers and everything in between.”