You are here: Home / Departments / Commentary / Who is Marco Rubio? He’s a Contender 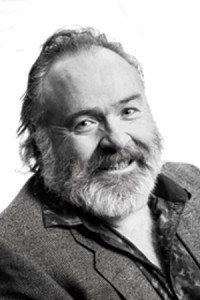 Standing out in a field of Republican candidates, many of whom with extremely strong qualities, is not easy. Regardless, Marco Rubio is quickly becoming a major contender in this Presidential race. Having performed well in the last two Republican debates and with an impressive record on conservative issues, Rubio was already on my radar when I had the opportunity to sit down with him in person.

After meeting him, I have to say, I’m impressed, no easy feat. He’s charismatic, as most running for office would be, but he has a quality that sets him apart from many politicians today. That quality is a willingness to adhere to his beliefs even if it’s not popular. It was that quality that really struck me and why I’m happy to see him advance in this race.

If you’re not familiar with him, Marco Rubio is a junior Senator from Florida. His parents immigrated to America from Cuba and he grew up in West Miami and Las Vegas. He considers himself to be Catholic and I can tell you firsthand, he doesn’t shy away from the tough questions. When I asked if he believes this nation has turned its back on God, he didn’t dodge the question or try to politic his way out of it. Instead he took the time to explain his thoughts to me. From my understanding, while he does believe that the people of this nation are good and many of them are God-fearing, he also sees that our culture and government have turned their backs on God.

After hearing his thoughts, I took some time to more extensively look at his voting record. I wanted to know if his actions truly followed what he says he believes. It appears they do. His record shows that he is willing to stand up for what he believes. This type of person, one who says what they mean and mean what they say, is desperately needed in Washington, but is, unfortunately, in short supply.

In regards to abortion, which he has been vocally in opposition to, he has consistently voted in favor of life. He is vocal in his support of family values and believes that answers to the tough questions lie with family and faith, not with politicians. In his response to the 2013 State of the Union Address given by President Obama he said, “The truth is, every problem can’t be solved by government. Many are caused by the moral breakdown in our society. The answers to those challenges lie primarily in our families and our faiths, not our politicians.”

In support of limited government, Rubio has signed the Contract From America which supports a restoration to fiscal responsibility and constitutionally limited government in addition to placing a moratorium on all earmarks until the budget is balanced. In a speech delivered at Civic Hall in New York City at the beginning of October, Rubio talked about how, in order for America to thrive, we must be the most innovative economy on earth. He added that government has been getting in the way of that innovation. He said that innovators working to create an “on-demand” economy are, “running up against antiquated tax code, burdensome regulations and numerous outdated politicians.”

I think many business people would agree with this candidate’s positions. His experience, drive and grasp of the issues is lacking in some of the other candidates; particularly those focused on ranting or those with the “just trust me” attitude that has proven to be so dangerous.

Call to Action: If you haven’t already, find out for yourself about Marco Rubio. Research his stance on the issues and his voting history. We need informed voters for next year’s election and the future of our country depends on who our next leader is. Let’s continue to pray for a Godly leader to be President and a return to an America we can all be proud of.