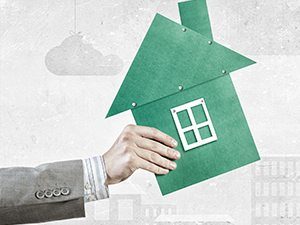 One of the first questions that comes up during a discussion of the residential housing market is whether it’s a buyer’s or a seller’s market – who’s got the advantage? After the housing bubble burst in 2006 and the events of the recession, Nevada’s housing market began to grow again over the last four years, with 2013 stronger than 2014, and 2015 looking a lot like 2013. Builders are building again, houses are selling and the answer to the question of buyer’s or seller’s market appears to be – neither. The other alternative is a balanced market, and Nevada might just be there.

“It’s a solid market, a normal market. This is not a sexy, staggering market. Basically, the stability of the market is the story,” said David Tina, incoming president, Nevada Association of Realtors. Median price is holding steady at $220,000 in Las Vegas as opposed to the $318,000 at the peak of the inflationary bubble, and the low of $118,000 during the economic downturn, with low interest rates holding.

Inventory indicates the number of months before the current homes for sale are exhausted if sales stay the same. More than six months and it’s a buyer’s market. Less than six creates a seller’s market.

The advantage of one market over the other is relative, said Kevin Sigstad, president, Nevada Association of Realtors, depending on who’s looking at the market. “The advantage of a seller’s market is it means prices are increasing, there’s a reason for builders to build. It means we need more housing so builders are hiring people and adding inventory and more suppliers.” The disadvantage: it makes it harder for people with median range income to buy.

Sigstad sees the market as a seller’s for the last two years in Northern Nevada, with inventory below six months and occasionally below four. “There’s a real small supply of homes on the market and a really large demand, so the result of that as we’re seeing year over year price increases now for the last four years, and in the last year, from August 2014 to August 2015, there was a 16 percent increase in median price.”

“One of our biggest crises this year is overpricing. I don’t know how that happened, but sellers seem to think their houses are worth much, much more than they are,” said Tina, adding that appraisers operate based on what’s sold before, so pricing homes correctly is a challenge. “The minute the house is priced right, it sells,” said Tina, giving the example of a home in Summerlin the owner priced at $339,000. “We reduced and reduced to $299,000 and they have two offers.”

Concern Over Another Recession?

Looking at Nevada as its own, separate economy, there may not be concern of another recession. “I hesitate to say this, because all economies are all tied together, but the number of jobs and the number of industries and the growth in town is independent of, say, the Sacramento market or San Francisco market. Right now we’re on our own trajectory,” said Sigstad. With Tesla due to hire in the neighborhood of 6,200 people, and the support companies that will come in, and with Switch SUPERNAP data center under construction at Tahoe-Reno Industrial Center, the larger concern might be how to handle the necessary infrastructure growth – schools, roads, sewage capacity and the like.

The Economic Planning Indicators Committee (EPIC) report produced by the Economic Development Authority of Nevada (EDAWN) forecasts some 50,000 new jobs in Northern Nevada over the next five years, along with a similar number of new residents causing a 1.4 percent growth rate. With the current 3.8 month supply of inventory, such growth would result in a seller’s market.

In Southern Nevada, said Tina, there’s a strong middle class and buyers who want homes, by and large, are getting homes. “I don’t see prices going crazy in any factor at all.” Sales are good, but not feeding frenzy good. In Southern Nevada a little more than 26,000 homes were sold in the first eight months of 2015, 1,200 more than were sold during the same period in 2014, and median price is steadily increasing at about 10 percent over one year prior.

Three or four years ago, investors were buying up all the properties available, making it nearly impossible for the average homeowner to compete. “The regular homeowner, the person living here, working on the job, had a hard time buying property because you’d see 10, 15 contracts on a property at one single time,” said Scott Beaudry, incoming president, Greater Las Vegas Association of Realtors. “It was crazy. Put a property on the market and within two days there’d be multiple offers. We’re not seeing that now.”

Beaudry’s also not seeing homeowners putting their homes on the market. Typically new listings slow during fall, due to upcoming holidays and children in school, but with the low inventory of homes in Las Vegas, Beaudry sees the Southern Nevada market as a seller’s market.

One factor in the housing market crash was overbuilding. From the homebuilder’s standpoint, Nevada is now a healthy market. In the late ‘90s, normal building in Southern Nevada was 19,000 to 21,000 new homes annually. Today, the new normal is 7 to 8,000, said Nat Hodgson, executive director, Southern Nevada Home Builders Association. In order to have a bubble burst, there has to first be a bubble, especially given an expected in-migration of 41,000. “We’re still under-supplying what’s needed.”

Now that Nevada’s inventory of homes available is down to three months, builders are once again building. The differences with the new development now as opposed to 2006 is the speed at which homes are coming online and the amount of “skin in the game.” There’s not a lot of standing inventory, maybe 20 percent of the homes being built in development are available for buyers who need something in two to four weeks. “We don’t’ have a lot of new home building new house inventory,” said Hodgson. “And I don’t see there being a big appetite for it, either.”

“Just the fact that builders are adding homes is a benefit to us, because the inventory is three months, so any blurp to it, any change, and we’d be out of houses,” said Tina. “The fact that our builders are building is great for the state, because we’re having a market that can be taken care of rather than a market that would be short on inventory.”

Post-recession, many cities in the U.S. Are just that. In those cities, when builders aren’t building enough new inventory to keep up with demand, there is a chance for an inflationary bubble to form, as demand outstrips supply. “Since we have inventory and new homes, I think that keeps the bubble from coming back,” said Tina. “Builders are cautiously building. They’re not building a ton of houses in inventory.”

The state of the homebuilding industry is a very slow increase, according to Hodgson. That’s a good thing, because it’s far more sustainable than a spike. “The last couple months, month over month is almost immeasurable as far as going up, so [the industry] has really hit a ceiling if you compare the same square footage house to the same type house.” Permit numbers month over month are still good, nothing outrageous, and Hodgson said he expects the market will finish 2015 8 to 9 percent over 2014, which was down a little from 2013.

Typically new home pricing is upwards of 20 percent above existing, according to Sigstad, and the new homes will not only alleviate stress on availability but drag up existing home prices as theirs rise.

Nevada led the U.S. in foreclosures for more than 60 months straight during the downturn. Today, “The market is more traditional than it’s ever been,” said Tina. “It’s like 86, 87 percent of our inventory is traditional.”

Which doesn’t mean there aren’t foreclosures and short sales. Despite laws passed requiring banks to be responsive during short sale procedures, wait times to close can still stretch six months or longer, leaving the seller in limbo. The Mortgage Forgiveness Debt Relief Act applies to home sales through calendar year 2014.

“So there’s no guarantee they’re not going to be taxed, no guarantee when they’ll closed, and though all the laws say everyone has to cooperate – the bank, the lien holder – they don’t, so that’s why short sales sit there and sit there,” said Tina. By the time they’re ready to close, the buyer may have already walked away, unable to wait eight months to buy a house.

But there are fewer distressed houses now. During the housing market crisis, foreclosures and short sales were probably 60 to 65 percent of homes on the market, said Beaudry. Today they’re 20 to 25 percent. Financing has also changed – when investors were snapping up everything available, 50 percent of the purchases were cash. Today it’s back to regular FHA conventional financing. “The regular home buyers are back. We’ve slipped into more of a normal market,” said Beaudry.

There are still investors buying on the courthouse steps, but it’s a small number of familiar faces buying. Having the foreclosures and short stales off the market creates a stronger market, because people who sell their homes without being in a distressed situation will probably buy another property and qualify for the loan to do so.

In Northern Nevada, foreclosures and short sales account for no more than 10 percent of the market, and there’s not enough to be considered separate categories anymore. “As housing prices are advancing so rapidly, we’ve been in the 10 to 15 percent appreciation for the last four years,” said Sigstad. Fewer sales are distressed properties and more are normal, which means the market is basically self correcting, simply because it’s moving so fast.

Which is comforting, given long-held fears of a shadow inventory of bank-held properties that might be released and flood the market. When housing prices fell, there were investors who bought multiple houses and then weren’t necessarily able to flip them. “Nobody knows what that number is, but I believe there’s plenty of population here, so if they bleed them off methodically and get the right price for them, that’s still a bargain, we can absorb it,” said Hodgson. “Now if there were 20,000 of them being released tomorrow, that would really hurt us, but why on earth would anybody do that? If they’re bank-owned or investment-owned, they’re in it to make money.”

Owners who wanted to sell during the downturn and couldn’t find a buyer paired with people who were foreclosed on or had to short sell and couldn’t buy again created a very strong rental market. In Northern Nevada, the last two years have seen 94 to 95 percent occupancy with only approximately 5 percent of inventory available. Rents from the beginning of 2014 to the end of the year increased approximately 7 percent, said Sigstad, and only the hardest to rent properties offer any kind of incentives. Even the 2,000 rental units under construction in Northern Nevada are short what’s needed, and Sigstad expects we’ll see increases in rental prices because of the tight supply.

In Southern Nevada, there are rentals available, and owners are getting nice prices for them. “If you got $1,500 for a three bedroom in Summerlin two years ago, you could probably get $1,700 to $1,750 for it now,” said Tina.

“I think, especially in the housing market, we’re in the recovery. We have and still will continue to recover. We’re not quite there yet, but we’re in a good recovery. I don’t see a recession coming. It may be too soon to say for sure, but I don’t think the numbers are drastic enough to warrant the fear. Any kind of recovery, whether economic or the housing market, is going to have little blips here and there; it’s just part of process,” said Beaudry. “If we had a straight up huge upward swoop, then I would be more careful, but I think we’ve been steady enough we’re in good shape.”