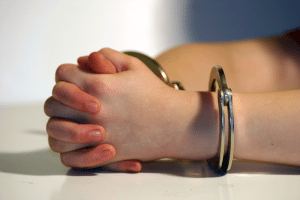 Reno – A new bill, passed in June by Governor Brian Sandoval, will take effect that puts an end to the practice of shackling children appearing in court in the state of Nevada.

The bill means that Nevada will join D.C. and 22 other states that have ended the practice either by law, rule or policy. Nevada-based national organization, the National Council of Juvenile and Family Court Judges (NCJFCJ)’s recent resolution on shackling of children in juvenile court supports the ban on indiscriminate juvenile shackling.

The NCJFCJ’s resolution recommends that judges should have the ultimate authority to determine whether or not a child needs to be shackled in the courtroom.

“The potential harm associated with shackling far outweighs safety concerns in the vast majority of cases – and in the rare instances restraints might be necessary – the decision to use them should be made by the judge,” said Dr. Shawn Marsh, NCJFCJ chief program officer for juvenile law. “This position on shackling by the State of Nevada will help in efforts to achieve meaningful juvenile justice reform.”

Up to 90% of justice-involved youth report exposure to some type of traumatic event. The NCJFCJ is also in support of the advancement of a trauma-informed and developmentally appropriate approach to juvenile justice that is consistent with a policy against shackling.

“We are pleased with this decision,” said Denise Tanata-Ashby, executive director of Children’s Advocacy Alliance (CAA). “Statistics show that the majority of children in the juvenile justice system are victims themselves. The focus should be on treatments and resources to improve their lives, not treating them as hardened criminals. Data has consistently shown that the first step to reform is utilizing a trauma-informed approach.”