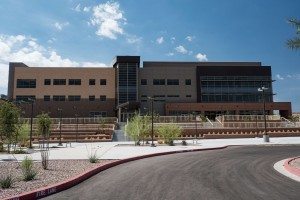 The focus group will include 30 to 40 community members, who will provide opinions on the candidates’ performance during Democratic National Committee debate. The debate begins at 6 p.m. at Wynn Las Vegas. Anderson Cooper will moderate the debate among candidates Hillary Clinton, Bernie Sanders, Martin O’Malley, Jim Webb and Lincoln Chafee. The debate will air live on CNN, CNN en Español, CNN.com, and worldwide on CNN International.

“Partnering with CNN by hosting this focus group gives us a wonderful opportunity as a community to help provide an educational forum to analyze a major national political event,” said Nevada State College President Bart Patterson. “As a higher education institution, it is always a priority to be engaged in and lead healthy, open discussions about the some of the most important topics affecting our society today.”

Nevada State College, for instance, recently hosted the statewide Diversity Summit, which included lively discussions on a range of topics, from leadership development for undergraduate women to charting a successful path for Latinas in the fields of science, technology, engineering and mathematics.

Nevada State College, a four-year public institution, is a member of the Nevada System of Higher Education. NSC places a special emphasis on the advancement of a diverse and largely underserved student population. Located on a developing 500-acre campus in the foothills of Henderson, Nevada, the college was established in 2002 as a new tier in the state system between the research universities and the two-year colleges. In this role, the college emphasizes high-quality instruction, exemplary service, engaging learning experiences, and innovation as a means to more efficient, effective outcomes in all corners of the campus. Since 2002, Nevada State College has grown to offer more than 45 majors and minors, has received independent accreditation and has expanded its physical campus. Committed to fostering a personal learning environment, students are taught by faculty who serve as mentors and guides in classrooms with an average class size of only 26 students. Nevada State College serves approximately 3,500 students and has over 2,600 alumni, each representing a broad array of cultural and economic backgrounds. For more information, visit http://nsc.edu.