You are here: Home / Features / Feature Story / Nevada’s Place Among the States 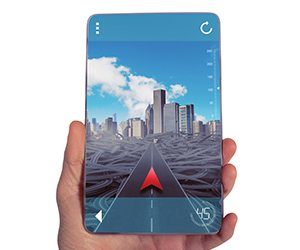 Nevada has always had a unique economy, based on volatile industries like mining, which fluctuates according to the price of metals, and tourism, which depends on the U.S. and world economy. Employment, construction and the housing market in the Silver State tend to follow these industries from one extreme to the other. In this year’s report comparing Nevada to other states, statistics show that the state is currently on an economic upswing, having (mostly) recovered from the recession.

Economic diversification will help smooth out these boom-and-bust cycles, but until that happens, Nevadans will play the hand they’re dealt. The state is ready to get back to work, face persistent challenges like education and healthcare and work together to build a brighter future.

The recovering economy across the U.S. gave a corresponding boost to travel and tourism in Nevada last year. That’s good news for a state where the leisure and hospitality industry provides 28 percent of jobs. The multiplier effect of those jobs means that what’s good for travel and tourism is good for the entire Nevada economy. The only decrease from 2013 to 2014 was in gross gaming revenue. If this becomes a trend, it may mean that the Nevada economy is depending less on gaming and more on other aspects of travel and tourism, including conventions, shopping, special events and dining.

Moving up from 51st in 2014 to 50th in education standings should be nothing to brag about, for this state, however, any progress is good. Nevada still lags behind most states in almost every measurable category, from the number of children attending preschool to the number of high school dropouts. Nevada’s workforce is also less educated than the national average, which is a concern for economic development agencies. Governor Sandoval’s education initiatives, which were passed by the 2014-2015 Legislature, targeted some key areas of concern, including school choice, so Nevadans’ perennial hope is that these statistics will continue to improve.

The average Nevadan’s tax burden compares favorably to taxes in other states, with the state taking 6.5 percent of personal income, slightly higher than the U.S. average. Including local taxes, the average resident of the Silver State pays out more than $4,100 to the government each year before Uncle Sam takes his slice of the pie. The business tax environment is a little better. The Tax Foundation ranked Nevada third in business tax climate; this was before the new business taxes took effect. Next year’s numbers may move the state further down the standings as the full effects of new taxes are calculated.

Nevada compares favorably with competing markets in annual operating costs for various types of businesses, according to The Boyd Company, which tracks statistics like payroll costs, lease rates, business taxes, workers comp and utility costs. Although commercial real estate rates have increased slightly from last year, companies looking to lease space can still find reasonably priced opportunities here, especially when compared to nearby California markets. Business taxes and regulations also factor in to the cost of doing business. Being close to California, but without California’s high taxes and burdensome regulatory environment, can be advantageous for companies wanting to locate here.

Nevada continues to rank among the top 10 best states for business, based on tax policies, regulatory environment, workforce quality and cost of doing business. This applies not only to large corporations, but also to entrepreneurs and small businesses.

Local and state economic development agencies are able to grant tax concessions to bring in new companies (think Tesla) and to encourage existing companies to expand. However, rankings illustrate another aspect of Nevada’s unique economy – some of the challenges the state faces, such as education problems, unemployment and healthcare, factor into “overall quality of life.” This may make some businesses reconsider a move to the Silver State.

Legislators, government officials and concerned citizens are all doing their part to improve Nevada’s economy and the health of its communities. These numbers are only a glimpse into something much more important – the daily life of Nevada’s residents.

If the state of Nevada were in the hospital, it would probably be listed in serious condition. Its overall healthcare quality has been labeled “weak” and it’s in 39th place in overall health rankings. When the U.S. Department of Health & Human Services evaluated several dozen aspects of healthcare, it didn’t give Nevada any grade higher than “average.” Whether the Affordable Care Act will impact any of these numbers remains to be seen, since these evaluations were completed before it took effect. Nevada’s medical schools and healthcare stakeholders are doing their part to improve these stats, but more work remains to be done.

The Nevada housing market, notorious for its boom-and-bust cycles, is currently on the upswing, with home values increasing more than 8 percent since last year. However, it’s apparent that many Nevadans still haven’t recovered from the last housing crash, since the Silver State leads the nation in homes considered “seriously underwater” and still ranks in the top 10 for foreclosures. Home prices seem to have stabilized recently. If they continue a slow and steady rise, perhaps the state can avoid another violent downswing, enabling Nevadans to build some equity in their homes and get back to dry land.

At mid-year 2014, Nevada ranked second in the nation in percentage of unemployed workers, after Rhode Island. It has since moved from second to third place, and the unemployment rate has decreased from 7.9 percent to 6.9 percent. While that is still above the national average, overall employment is better than it was a year ago, especially in construction and tourism-related industries. Mining employment has decreased due to lower prices for precious metals, which is bad news for Nevada’s rural communities. However, an overall employment increase would indicate that the state is moving in the right direction.

Statistics show that the cost of living in Nevada is higher than the national average, with Southern Nevada more expensive than Reno/Sparks. Home prices, transportation and groceries lead the list. However, because of the relatively low tax rate, Nevadans get to keep a higher percentage of their take-home pay. This is reflected in how far $100 goes in Nevada compared to other states, where the Silver State ranks 20th out of the 50 states at $101.83.