You are here: Home / Departments / Commentary / Has Government Taken Over for the Family? Let’s Make this “Easy” 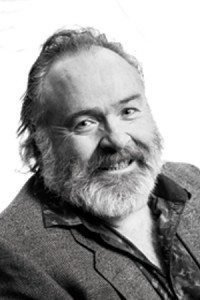 Many, myself included, have lamented the role that government now plays in the home. Invading families through a variety of channels, we’ve found ourselves with a watchful “Big Brother” and it’s hard to pinpoint exactly when he entered our homes. It would be easy to say the invasion was hostile and families themselves played no part in allowing government into nearly every aspect of home-life. Unfortunately, “easy” isn’t always accurate and, in this case especially, families themselves must take part of the blame.

For several years now, families have yielded their authority and assigned roles traditionally held by familial members over to the government. Whether through laziness, being too busy or simply not caring, folks across the U.S. have abandoned parents, brothers, sisters and children and allowed them instead to be cared for by the government. The roles that have been traditionally thought of as an honor within the family are now being assigned a government caseworker and the reasoning for it is paper-thin.

The blame for this act of submission to the government doesn’t lie with any one population segment; we are all to blame. Even the most conservative of us have bought-in to the “easy” alternatives provided by government care. A great example is state provided elderly and rest home care. Hey, I get it, when we look at our busy lives and tightened finances, it’s difficult to justify caring for an elderly parent when the government has provided such an attractive alternative. On the other end of the spectrum, we’re sending our kids to public school at younger and younger ages and relying on the government run school system to feed them breakfast and lunch. When did it become the school’s responsibility, or even their right, to make sure my child is fed? The role of child caregiver should and must belong to parents. While the government is anxiously subsidizing such family weakening options, for our parts, they really do seem like the most rational alternatives.

The truth is a bit more insidious. These “easy” alternatives provided by the government are, in fact, weakening the American family and making each of us ever more dependent upon a system that appears more socialist in nature every year. Everyone likes a good deal and, while it’s difficult to pinpoint when this trend of government subsidized families began, it most assuredly was billed as a good deal without a downside.

We really should know better; there’s always a downside. In this instance, while we were lured in by a good deal, we didn’t realize it would cost us the right to govern our own households. More than that, we’ve allowed the government to become our moral compass as well as serving as the leadership in our own families, thus usurping all of our rights. Even God, represented in our nation’s “One Nation Under God” motto now has a competing god created by government as new laws are formed that contradict His laws.

The government has been entrenching itself in to areas it was never intended to be and, the sad reality is, we’ve passively allowed this invasion. When did we get so apathetic that we won’t do the right thing unless it’s also the easy thing? We’ve used “easy” as an excuse to give up our constitutional and God given rights. The same rights that so many have died to protect. No one generation is to blame for this; we have all allowed it.

Call to Action: If it is your intention to become part of a socialist nation, void of God and any personal constitutional rights, sit back and do nothing. On the other hand, if you don’t want a socialist nation, get involved. Make it part of your weekly routine to call, fax, email, text or meet with your elected representatives. Bombard them with your right to be heard, while you still have it, and urge them to vote to protect your family, your personal rights and your religious liberty. Demand that they initiate legislation that repeals the bad laws already in effect. Together we can make a difference.