You are here: Home / Departments / Commentary / Who is Ben Carson? Is This Guy a Real Deal? 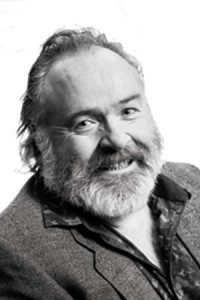 Everyone knows who Hillary Clinton is and most of us know something about many of the Republican nominees running for President. But, do you know who Ben Carson is? As I began learning about him, I asked a number of people if they had ever heard of him. Most say they haven’t. Yet, at the time of this writing, National Election Polls have Ben Carson rated in the top five presidential nominees being electable by republican-leaning voters.

So, who is this guy? At a glance, this man is black, handsome, middle-aged, soft-spoken and articulate. I first heard about Dr. Ben Carson a year ago when I was told he was a speaker at the 2013 National Prayer Breakfast. If you haven’t heard the speech he gave, you owe it to yourself to check it out; it’s on YouTube: “Dr Ben Carson Prayer Breakfast Speech With President Obama FULL”. At the breakfast, Ben was seated on one side of the podium between Vice President Biden and Senator Schumer of New York, while President Obama was seated on the other side between his wife and Senator Sessions of Alabama. The video begins with Ben Carson being introduced as a God-Fearing, distinguished man of science and healing; and the director of pediatric neurosurgery of John Hopkins Hospital. As he speaks, Dr. Carson, now with only one seat separating himself from the President, lambasted the direction America is heading and warned about the perils of “moral decay and fiscal irresponsibility” that our nation is facing. He totally denounced the practice of political correctness, or as he called it“PC”.

He said, “PC is dangerous … In this country, one of the founding principles was freedom of thought and freedom of expression. PC puts a muzzle on people … We have imposed upon people restrictions on what they can say, on what they can think. And the media is the largest proponent of this, crucifying people who say things really quite innocently.”

This man publically spoke out on a controversial subject surrounded by unfriendly opponents, in a sincere manner, with honesty, kindness and firmness. He spoke about the moral decline of our country with those leading its decline. Dr. Carson’s position and vision are a breath of fresh air for all of us who are suffocating due to the ravenous and toxic fumes that are covering this country as it descends.

Needless to say, this YouTube video went viral with millions of people talking about it. Shortly thereafter, ordinary people started sending Dr. Ben Carson small donations along with correspondence urging him to run for President. The Wall Street Journal wrote an article titled “Ben Carson for President.” While not committed to run at that time, Ben penned a book titled “One Nation: What We Can All Do to Save America’s Future.” The book is fantastic and is an inspiring piece of work. Some chapter titles include: Political Correctness, Elitism, Bigotry, Enslaving our Children – Don’t Sell the Future and Take Courage.

As I continue to keep my eye on Ben and hope he is the real deal, I ask myself if he can offer this country hope again, hope that we can again be the country our forefathers worked and died for. Can we again be the country where anyone can aspire and attain the American Dream? And, just as importantly, does he have a chance to win the election? My answer is probably typical of those who watch and study this crazy over-populated Republican race to the presidential primary. I don’t think he has a snow ball’s chance, unless we are bestowed with a miracle. This country needs a miracle to stop our freefall into the abyss.

Call to Action: Find out for yourself about Dr. Ben Carson. Check him out on YouTube and google him. If you believe he is the real deal, share him with your business contacts, family and friends. We need to get passionate about what we say we believe in.

It’s my prayer that you seek Truth, accept and know God, the Creator and the true and only Miracle Maker. All things are possible for the Miracle Maker; He knows exactly what we need. Pray for a miracle.