You are here: Home / Press Release Wire / New Release: The NCJFCJ Resolves to Stop Shackling of Children in Juvenile Court 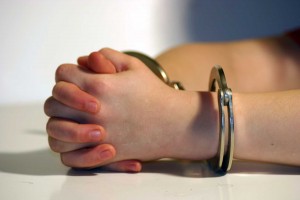 Resolution states shackling is contrary to the goals of juvenile justice

Reno, Nev. – The National Council of Juvenile and Family Court Judges (NCJFCJ) has released its resolution on shackling of children in juvenile court.

The NCJFCJ defines shackles to include handcuffs, waist chains, ankle restraints, zip ties or other restraints that are designed to impede movement or control behavior.

“Across the country, tens of thousands of young people are needlessly shackled in juvenile and family courts,” said David Shapiro, campaign manager for the Campaign Against Indiscriminate Juvenile Shackling (CAIJS) at the National Juvenile Defender Center. “The courtroom is the last place this practice should occur. Judges have a unique responsibility to ensure not only fair outcomes, but also fair processes. They control what takes place in their courtrooms. The NCJFCJ, the nation’s leading organization of juvenile and family court judges, has issued a powerful message that the practice of automatically shackling youth in our courtrooms does not comport with what it means to be fair and trauma-informed, and that such a practice will no longer be tolerated. Judges look to the NCJFCJ for guidance. On the issue of shackling in court, the NCJFCJ position is now clear and direct.”
Up to 90% of justice-involved youth report exposure to some type of traumatic event.

The resolution supports the advancement of a trauma-informed and developmentally appropriate approach to juvenile justice that limits the use of shackles in court.

“I am delighted the NCJFCJ board of directors passed this resolution against presumptive shackling of children in court as it represents a major advance in trauma-informed justice,” said Dr. Shawn Marsh, Ph.D., NCJFCJ chief program officer for juvenile law. “The potential harm associated with shackling far outweighs safety concerns in the vast majority of cases – and in the rare instances restraints might be necessary – the decision to use them should be made by the judge. This position on shackling is now policy of the NCJFCJ, and it will help immensely in efforts to achieve meaningful juvenile justice reform.”

The NCJFCJ calls for judges to utilize their leadership position to convene security personnel and other justice system stakeholders to address shackling and to work together to identify ways to ensure the safety of children and other parties.

The NCJFCJ supports a presumptive rule or policy against shackling children; requests for exceptions should be made to the court on an individualized basis and must include a cogent rationale, including the demonstrated safety risk the child poses to him or herself or others.

The NCJFCJ believes judges should have the ultimate authority to determine whether or not a child needs to be shackled in the courtroom.

“Resolutions of the NCJFCJ are how approximately 1,600 family court judges unite and speak out on important issues that face our children and families that come before all kinds of family courts across our nation,” said Judge Darlene Byrne, NCJFCJ president. “I cannot think of a more fundamental right of due process and basic human dignity than for a child to be able to face a juvenile court judge without shackles unless there is a true safety concern for the child or participants in court. The presumption should not be only innocent until proven guilty but also a child should be presumed to be able to manage their behaviors in such a way in court as to not indiscriminately require shackling for all their court hearings. The decision to shackle or not shackle should be made individually by the judge and the presumption should be no shackles.”

The NCJFCJ also recently released a resolution regarding trauma-informed juvenile and family courts, urging juvenile and family courts to be trauma-informed by engaging stakeholders, including children, parents and other court consumers, to jointly develop and implement universal precautions at an environmental, practice and policy level that limit stress often being involved when working within the court system.