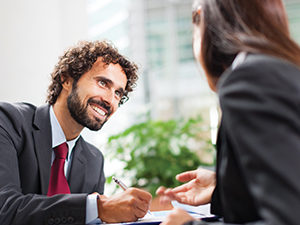 “The credit union industry weathered the recession pretty well, but in Nevada some merged out of existence. The credit unions that are left are much stronger and are thriving now,” said Andy Hunter, president and CEO of Silver State Schools Credit Union. Hunter attributes the success of credit unions to the perception of the industry amongst customers.

In addition, through the recession many credit unions were able to increase their customer bases. “We had member growth during the recession,” said Dennis Flannigan, president and CEO of Great Basin Federal Credit Union. “Credit Unions never took TARP funds so we were the ones wearing the white hats.”

The Troubled Asset Relief Program (TARP) of 2008 gave the U.S. Treasury purchasing power of $700 billion to buy illiquid mortgage-backed securities and other assets from key institutions in an attempt to restore liquidity to the money markets and reduce potential losses to those institutions. However well-intentioned the program might have been, it produced unintended consequences for many participants. A study conducted by the Board of Governors of the Federal Reserve System found that, relative to non-TARP banks, the risk of loan originations increased at large banks, but decreased at small TARP banks, for example.

Most people know what a bank is, but if you’ve never been a member of a credit union, you might be hard-pressed to define exactly what it is.

“People still don’t understand what credit unions are. It’s market awareness,” Flannigan said. Springing up in Europe in the 1850s, credit unions reached out to unserved and underserved populations that were not able to afford the services of traditional financial institutions. By banding together as members of not-for-profit financial cooperatives, poorer, urban and rural communities were able to receive many of the same services available at banks, at a lower cost and risk.

Established in 1908 to serve French-speaking immigrants from Canada, St. Mary’s Bank of Manchester, NH, holds the distinction of being the first credit union in the United States. As the cooperative movement grew across the country, many unions were founded on an employer-based bond of association, a tradition that continues today. Silver State boasts 55,000 members, all of whom work in some capacity in the field of education or are family members of someone who does. On the other hand, Great Basin is a community-based credit union of 16,000 members whose only criteria for membership is to live and/or work in Washoe County.

Along with employment or geographical location, other common bonds for credit union membership include school attendance, church membership or organizational affiliation. Today around 100 million people are members of about 7,000 credit unions across the country.

One of Nevada’s larger credit unions, the Clark County Credit Union (CCCU) is preparing for the future as it transitions in a new president and CEO, Matt Kershaw. Kershaw will replace long-time CEO Wayne Tew. CCCU has 35,455 members and assets of $572 million. The credit union is comprised of members from select employers including Clark County, City of Henderson and City of Las Vegas.

In comparing credit unions with other financial institutions, it’s easy to see they have both positives and negatives. With a mission of providing members with affordable financial services, credit unions are in a position of being able to offer personal service to their customers. “We’re not-for-profit so we should be able to be better than our competitors,” Hunter said. Credit unions can also offer higher rates on savings accounts and lower rates on loans and credit cards. As costs rise, some account holders at banks have had to adjust to higher minimum balance requirements, while many credit unions have no minimums at all. Some credit unions have also made great strides in making ATM access more convenient for their members by joining the CO-OP ATM network of unions which provides access to around 30,000 cash machines around the country.

Along with the perks come the downsides, however. Although membership seems to be fairly broad-based, credit unions still have limited eligibility. In addition, credit unions are focused on keeping costs down and so are less likely to load up accounts with attractive bells and whistles, which is common in traditional banking. And even though some credit unions provide access to CO-OP ATM, not all do. Even with the CO-OP, it doesn’t provide the widespread access to ready cash that many banks offer.

In today’s fast-paced world of money management, credit unions are finding that they have to be extremely nimble and up-to-date as they face competition from other financial institutions, as well as from non-financial competitors.

“The landscape is very competitive with lots of choices for people. We think that the credit union is the best choice and that consumers are better off with more choices,” said John Lund, president and CEO of America First Credit Union, which is twelfth largest in assets and seventh largest in membership of all U.S. credit unions. “Everybody wants to issue credit cards today. The margins are very tight which is very challenging,” he said.

In addition to muscling in on the credit card business, non-financial entities are also eyeing the financial transaction pie as a delectable dessert just waiting to be gobbled up. “Everybody wants to control the transactions, how you pay your bills and how you buy things,” Lund said.

Do you write a check, use a debit or credit card or use an app on your phone to make purchases? Billions of dollars in revenue are at stake and credit unions are forced to compete not only with large financial institutions, but also business giants like Google, Apple and Walmart. “Whoever owns the transaction capability has a chance of a more complete [customer] relationship,” Lund said.

As with most aspects of our lives, technology is at the forefront of many of the sweeping changes taking place in the world of finance. “It’s moving more and more to technology,” Lund said. “We were the second credit union to offer Apple Pay. We also have touchless cards. We have Card Guard where a member has complete control over when their cards will or will not work. They can turn them off and on at will and customize them to certain situations,” he said. Recent figures from cybersecurity experts show that 28 percent of all hacking takes place at the financial transaction point. Thus Card Guard and programs like it are becoming increasingly vital as credit unions work to secure the accounts of customers.

As many financial institutions recognize that their customer or member base is aging, competition has heated up to attract the next generation. “Younger people are the most sought after since they’re at the point of choosing a financial institution,” Flannigan said. Appealing to them via technology is critical. “Now a lot of people out there are non-banked. They’re using things like PayPal,” he added.

Those who are credit union members, however, increasingly use mobile devices to do their banking transactions. “We do loans and sign documents via phones. We’re seeing a decline in branch usage,” Flannigan said. About 90 percent of all transactions at Great Basin are done via mobile technology rather than traditional banking methods.

Lund added that America First puts a lot of concerted effort into reaching out to younger generations. “We have a real good growth of young people. We’re involved in social media and we employ a lot of young people,” he said. “We also offer a lot of free services such as regular Shred It Days, financial planning seminars and consumer counseling.” The organization is geared to provide a personal relationship for customers. “They really want a complete relationship so we keep it simple for them,” Lund adds.

Although credit union executives acknowledge that regulation of the financial industry is essential, they say they also fear that overzealous government action can be harmful. “It feels like the level of regulation is ever increasing. In general, regulation is necessary, but it can be overdone,” Hunter said. Of particular concern are some actions of the Consumer Finance Practices Bureau (CFPB), an independent agency of the federal government that was authorized by the Dodd-Frank Wall Street Reform and Consumer Protection Act in 2010. New disclosure practices for mortgages coming from this agency are concerning as there is some fear they could make the lending process more problematic.

On the positive side for financial institutions is new regulations that requires merchants to have machines that will read chip credit cards. This is expected to cut down on the amount of card fraud at point of purchase.

Despite cybersecurity threats, increased competition, constantly evolving technology and new regulations, decision makers in the credit union industry are bullish about the future. They believe that their ace in the hole continues to be their ability to emphasize personal service and relationships. Remaining fleet of foot to the ever changing playing field will also help them to retain and grow market share.

“The big picture is that we have to provide good value to our membership. We’re very optimistic about the future. All our data seems to support good performance,” Hunter said.

In talking about the success America First has enjoyed over the years and its outlook going forward, Lund emphasizes the critical role that employees play in it. “It takes good people. I can’t be successful without great people who love serving other people. We’re really in the people business,” he added.