You are here: Home / Features / Building Nevada / Industry Blueprint: The New Normal for Architects and Engineers 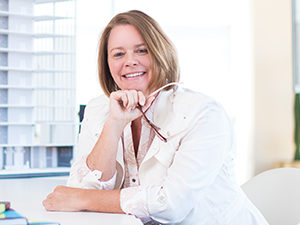 The construction industry is still rebuilding after the recession. One of the hardest hit industries, construction employment declined nationally by 13.7 percent during the downturn, according to the U.S. Bureau of Labor Statistics.

“There’s been a resurgence. It started to become healthy about two years ago and it’s continued to get better,” said Finnegan. “The construction industry in Las Vegas has always seemed like when one person starts building, it becomes infectious and other buildings follow. We’re seeing a little more activity.”

Resorts World, being built on the old Echelon site, is one of the first ground-up projects in several years. FEA is one of the contractors on the project, which is putting 30,000 construction workers back to work in Southern Nevada.

“Many projects that were stalled in the recession are coming back to life, with a refined purpose and focus,” said Beth Campbell, AIA, LEED AP, principal, Gensler Nevada. Calling clients “cautiously aggressive,” Campbell reported seeing more time spent on due diligence – those people involved in new projects want to understand the market drivers and the experience the development wants to create.

There are a number of challenges to getting projects underway, one being the ability of clients to attain financing. “There are a lot of proposals out but financing has to come to the table, and that’s the biggest challenge for clients,” said Ed Vance, FAIA, NCARB, CEO and founder, Ed Vance & Associates.

A second challenge is finding the right talent in today’s tight market, Campbell said. Many architects and engineers left the state looking for work during the downturn, and she’s only seen a moderate number return; others left the field altogether. “As the project load is increasing, finding great talent has gotten tougher,” she said.

This is a turn-around from the recession years, when firms downsized hard, sought work out of state (or even out of the country) or just plain folded up shop. National firms with branches in Nevada sometimes went somewhere else, went home or went out of business. “We know of quite a few firms that left town, some of them bigger firms, and we haven’t seen them return,” said Finnegan. “It’s great for guys who stayed here, but we’re certainly anticipating they’re going to be coming back. These were big national firms that had offices here – they left during the recession, just closed up and let everyone go.”

Then again, firms from other parts of the country have historically struggled in Nevada, said Steve Schiller, S.E., president, John A. Martin & Associates of Nevada (JAMA). “It’s a special market. What differentiates us is scale and schedules.” For example, Nevada is accustomed to projects done on a much larger scale than would be seen outside of a resort community – to Nevada construction, a 2,500-room tower is normal. To the rest of the world, 1,200 rooms is big. Our parking garages hold 2,500 cars; typical elsewhere is 600.

“The schedules we work with in Las Vegas are much more compressed than is typical,” added Schiller. “It’s the fast track nature of projects where design is going on concurrently with construction and construction starts before design is complete. You have to figure out how to work in that environment and anticipate owner requirements and contractor preferences as well as coordinating with architects and other [professionals].”

While not all national firms can work here, not all local firms stayed here during the recession. Forty percent of Gensler’s projects are still outside the state. Kimsey’s firm works with Chinese architects in the U.S. and also works on projects in China. JAMA projects include Crown Towers in Sydney, Australia.

So is there enough work in Nevada to keep everybody busy? Will firms that left return? According to George Ghusn, Jr., president, BJG Architecture + Engineering, there seems to be a fair amount of work – enough to keep BJG and its competitors busy. However, he said there’s not necessarily enough backlog of work to invest in hiring new employees. There’s work in the pipeline, but it’s keeping firms steady, not growing.

Downsizing remains the watchword. BJG had 49 employees when the recession started, and has nine today. JAMA dropped from 65 in structural engineering and 55 in civil to only nine on structural and completely sold the assets of the civil engineering side of the business.

Firms may not be staffing back up because increased efficiency means there is no need. “We’re getting done with nine people what we used to do with 20,” said Ghusn. “When the downturn came, it forced us all to do more with less. We really started to get all the productivity gains out of the software and investments we’d made in computers. Once you get into that mode where you’ve increased your productivity per person, you don’t need to hire people – if you get too busy at some point, you work overtime, then come back down to that normal again.”

It’s a leaner, more efficient, smaller industry in 2015, and while national firms may not be returning to stay, it’s not all local firms doing the work. When big projects like Tesla come to Nevada, said Ghusn, they’re not hiring local firms to do their design work, they’re bringing their own. It’s the same for construction work, in part because there may not be enough local labor. Another reason may be because principals on big projects make deals with giant national companies that send their employees wherever needed.

It would be a mistake to say the construction industry has come out of the recession, at least on the design and engineering side, said Windom Kimsey, FAIA, LEED AP, president and CEO, Tate Snyder Kimsey Architects. “Everyone contracted the size of their companies. I think if they’re expanding now or adding employees, they’re doing it very judiciously and very slowly and carefully. There were a good number of people in the business who, when it contracted, left the state or lost their jobs. So as things expand slowly – and I mean very slowly – the pressure is going to be finding qualified people,” he said.

As firms downsized, like the one that dropped from 220 people pre-recession to half a dozen in 2015, it has changed the market significantly, explained Kimsey. This change has to do in part with the cyclical nature of the industry. Architecture and engineering firms don’t necessarily wait for the next big project while fully staffed. A firm is more likely to keep its core team and look for full staffing when a big project comes their way. In today’s economic environment, that business model may limit what jobs company principals can pursue – without being fully staffed, they may not have a fast enough turn-around time to take on something really large.

On a positive note, Nevada’s pool of talented employees hasn’t dried up completely. There are still talented people to be hired. FEA has been increasing staff and expects to continue growing in the next year. The company kept its office space and has room to grow by another 30 percent, which Finnegan indicates may be the minimum. The University system is producing educated and talented if untrained architects and engineers. As housing prices stabilize and people move into Southern Nevada, FEA is finding both new talent moving in and some who moved away beginning to return.

Different parts of the construction industry have different economic indicators. Tate Snyder Kimsey does public works projects, which currently isn’t a sector with a big budget. County school districts are starting to design projects, though not all those projects are funded; still, they are an indication the market is recovering.

“There’s not necessarily the money for new design and construction, it’s still very competitive and there’s not a lot of it yet, so I use that as my gauge of how we’re doing on the public side,” said Kimsey. “You build a new casino and you get new employees who move here. You have to have a new school, and [new residents] put pressure on other parts of the system they might use, a new police station, a new fire station, those sorts of things. You can track that to see how things are going.”

Tourism is another indicator of how the construction industry is faring. “We think the market will continue to grow, and using tourism as an indicator, the tourism numbers are very healthy. We think we’re going to continue to see resorts revamp and remodel as well as [create] major additions, everything from convention space to making existing properties more upscale,” said Finnegan.

“As far as ground-up projects go, not only are we starting on the first (Resorts World), but the rumor mill is extremely active – there’s a lot of chatter and the idea that two more [resorts] may be coming to Vegas, so I feel good about it. We’re looking to grow our business along with this trend,” he added.

Regulatory agencies also downsized during the recession, and viewpoints are mixed as to the result of that downsizing. Some feel that departments, like plan review, are better sized for the amount of work they currently have than they would have been if they hadn’t downsized. They also contend that there haven’t been any problems with the timelines.

“The building departments in Clark County have always been really good at forecasting work and looking at how permits start to rise, so they’ve always been a very efficient department, able to handle a lot of load,” said Finnegan. “We think they’re gearing up, and that seems like a good economic indicator.”

Vance finds regulatory agencies a little stretched. Since most government agencies downsized, now that they’re getting busy, wait times are a little longer for review. While most are trying to deal with the increasing work load, time is money, and longer review times impact a firm’s bottom line.

There is hope regulatory agencies will continue to be stretched, or even be forced to staff up, as the industry improves. Vance said he’s looking forward to the day when there’s too much work and not enough people to do it. “We pray for those days, but right now we’re running lean and mean. There’s steady work coming in and we’re working everybody a little extra hard,” he said. He added that his firm prefers overtime to being too overstaffed for the workload.

“The construction industry is by nature, on national average, 25 percent of GDP,” said Vance. “When we’re building, we’re not only stoking the economic engine but creating jobs and putting manufacturing positions in place. Those are the things that, when we’re busy, the contractors are busy, the suppliers get busy, manufacturers of those suppliers get busy. It’s a snowball effect.”

“I don’t think we’ll ever get back to the point we were in 2005, 2006,” said Schiller. “That was an unsustainable level of growth. But, I think that we will see something that is much more active than what we see right now and at a pretty good level. Typically what we see is, after the resorts are built, and it takes approximately two years for everything else to catch up with new jobs created, the outlying commercial and residential properties have a lag behind the resorts but they catch up a couple years after. Once things start flowing and the cycle gets going again, I think it will be positive for the whole area.”