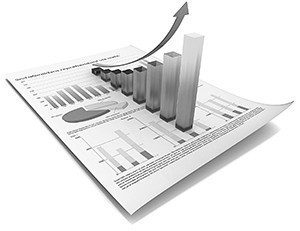 The “third” estimate for first quarter 2015 shows U.S. real gross domestic product decreasing at an annualized rate of 0.2 percent, higher than the negative 0.7 percent growth previously reported in the “second” estimate. The revision consisted of a smaller decrease of exports and a larger increase in personal consumption expenditures. Federal government spending, changes in private inventories and residential investment made positive contributions. Non-residential fixed investment, net exports and state and local government spending made negative contributions. U.S. non-farm employment experienced gains in June, adding 223,000 jobs over May. The unemployment rate fell from 5.5 percent to 5.3 percent, its lowest level since 2008. Housing starts were up year-over-year, and housing prices experienced a slight increase. Auto/truck sales and retail sales remained above their level from last year. Consumer confidence and consumer sentiment rose for the most recent data. In addition, while oil prices have experienced recent increases, they remain at their lowest levels since the recession.

The Nevada economy evidenced positive signals with the most recent data. Seasonally adjusted, statewide employment increased by 8,000 jobs from April to May, and it was up 3.4 percent year-over-year. The Nevada unemployment rate fell from 7.1 percent to 7.0 percent. Taxable sales continued to show year-over-year growth, up 5.5 percent. Total air passengers were up 3.9 percent over the same time period. Gaming revenue experienced substantial gains for the month and was up 3.3 percent from May 2014.

For Clark County, seasonally adjusted employment rose from April to May by 800 jobs and was up 2.6 percent year-over-year. The Las Vegas unemployment rate fell from 7.3 percent to 6.9 percent. Total passengers at McCarran Airport were up 5.7 percent from a year earlier. May visitor volume was up 4.2 percent from a year ago. Gaming revenue was 3.4 percent higher than in May 2014. Clark County’s taxable sales for April were 6.8 percent above those of a year earlier.

The most recent data also show mostly positive signals for Washoe County. Seasonally adjusted, Reno-Sparks’ employment increased from April to May by 400 jobs and was up over a year ago, by 3.1 percent. The seasonally adjusted Reno-Sparks unemployment rate fell from 6.7 percent to 6.3 percent. Compared to a year earlier, May visitor volume was down 1.8 percent. Total air passengers were down 1.9 percent from May 2014. Gaming revenues for May were up 2.4 percent from a year earlier.

The U.S. economy contracted during the first quarter of 2015, marking the second straight year with a first quarter decline. In first quarter 2014, U.S. real gross domestic product fell by a 2.1 percent annualized rate. Consumer spending remains strong, although some aspects of the housing market are no longer improving.