You are here: Home / Features / Cover Story / Tech in Nevada 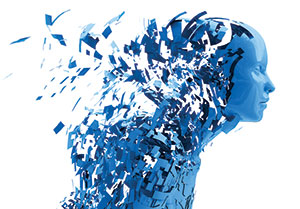 In this case, the combination is intentional. Technology is one of the industry sectors pinpointed by economic development authorities. Steps taken to attract technology companies to Nevada have paid off: Nevada’s one of six states FAA-approved for unmanned aerial vehicle (UAV), or drone, testing. In addtion, Apple picked Reno Technology Park for its green data center and last September’s decision by Tesla to build its $5 billion battery Gigafactory at Tahoe-Reno Industrial Center put Nevada in national headlines for months.

“Tesla had a huge impact on the notoriety of the region,” said Michael Thomas, partner and CMO of Noble Studios, a digital marketing firm. “We’ve always had to address the question, ‘Why are you in Reno?’” Every time, Noble Studios personnel responded with the economic development pitch – quality of life, low taxes, proximity to the Bay Area. Now that pitch is bolstered by facts: Tesla chose Nevada. Apple is here. Switch is coming. “Those are all changing the perception of the area,” said Thomas.

Having big names matters. But it’s not just about bringing in more tech companies and employees. It’s about growing our own. “You can’t stop the entrepreneurial spirit,” said Thomas. In regions with a healthy technology industry, employees often go off on their own, creating new tech startups.

“You hope that they’ll become attached enough to the region to grow their businesses here,” said Thomas. It’s worked in Silicon Valley with companies like Google, Autodesk, Intuit and Yahoo that chose to do something amazing in the place they call home. “That’s the real value of drawing companies here that have a known brand name, the idea that people latch on to the region and you see a tremendous startup business.”

While technology and economic development may both be currently driving Nevada’s post-recession economy, they fall into two categories, said Dave Archer, president and CEO, Nevada’s Center for Entrepreneurship and Technology (NCET). “There are the Teslas and the Apples and the Switches, big companies doing big things, and that’s absolutely wonderful. Then at the same time you’ve got all the startups. The difference between Tesla and a startup is one of capital investment.” NCET is a non-profit that assists individuals and businesses in the use of technology.

Tesla is about a $1 billion investment in the economy. A startup, Archer explained, is usually a laptop and an internet connection. Not only is a business friendly environment like Nevada’s a major plus for startups, but a regulatory environment like California’s can make Nevada an easy choice for startups that aren’t capital intensive.

Drawing technology companies to Nevada is a statewide initiative. UNLV’s Technology Transfer and Economic Development department considers economic development the outward-facing office that collaborates with private partners and foundations for R&D projects. The technology transfer side works with new inventions, innovations, technologies and ideas from inside the University and partners with private entities on the outside, according to Zachary Miles, executive director. “We do a lot of assessment of new ideas to try and determine which have commercial viability and protect and market those that may have success in the marketplace.”

Startups may be smaller than brand names, but 1,000 small companies hiring one person is the equivalent of one company hiring 1,000 people. “I think you want both, the Teslas and the Apples and the Switches, but you also want the organic growth that comes from startups,” said Archer.

Sometimes it’s more about connecting businesses than starting them up. Archer said he’d like to see a closer alignment between UNR and the community in Reno. The Innevation Center Switch is bringing to Reno may provide that solution. University of Nevada, Reno, recently acquired an old fire department building on Sinclair Street. Earlier plans for the facility were upgraded when Switch “put a half a million in additional funding into it. It’s a way of connecting the University and business community,” said Archer.

Switch announced plans in January to create a $1 billion, 3-million-square-foot Supernap facility on 1,000 acres near Reno. The company provides colocation, connectivity, collaboration and cloud ecosystems for its clients. Supernap facilities are carrier-neutral colocation data centers. Not only will Switch bring the e-commerce company eBay Inc to Nevada, but the company’s new fiber loop will connect Northern and Southern Nevada and extend to the San Francisco Bay Area and Los Angeles. Information will travel at 7 milliseconds between cities.

Switch is also planning a million-square-feet of new data center space in Las Vegas, for a total investment of $2 billion which, Governor Sandoval said, will make Nevada the most digitally connected state in the nation.

The Sinclair Street Innevation Center, looks to bring together University technology students, researchers and faculty with the tech business community, investors, entrepreneurs and local businesses. The Innevation Center in Reno, much like the one already in Las Vegas, will be used for conference and meeting space and offer mentoring and the opportunity to make connections. It will also become the base of operations for Nevada Advanced Autonomous Systems Innovation Center (NAASIC).

Paving the way for a robust tech and startup industry is the Knowledge Fund, a $10 million budget allocation created in 2011 and funded during the 2013 Legislative session. NAASIC, along with the Applied Innovation Center for Advanced Analytics at the Desert Research Institute and Nevada’s Water Center of Excellence (COE) are among the projects currently funded.

“The mission of NAASIC is to solve any existing or emerging problems with drones in the development, application or commercialization of autonomous systems. We want to do this, not just by ourselves, but with industry partners, to see what their problems are and how to solve them,” said Dr. Mridul Gautam, vice president, Research and Innovation, UNR.

NAASIC is bringing companies to Nevada, like Flirtey, the Sydney, Australia-based drone delivery business. Since its arrival, Flirtey has raised a million dollars and is in the process of hiring eight UNR graduates.

Some immediate benefits of a technology group like NAASIC is the creation of a talented tech workforce. “We’re keeping highly trained students and graduates in the area who are making money and spending their resources here. When they see new companies coming up, other companies follow, and they’re looking for a place they can interact with like-minded people. That’s what we at the University try to create as more companies are coming in,” said Gautam.

Another collaborative technology venture is the Nevada Center for Applied Research (NCAR) at UNR, which will align existing expertise so all laboratories on campus can create a shared usage facility. “NCAR will be a stand-alone, fully functional applied research and development center that leverages the physical and intellectual assets of this university for the sole purpose of making Nevada industries more competitive globally,” said Gautam.

“[The University is] essentially a half a billion dollar enterprise operating in Northern Nevada with most of the money spent here and adding to the economy,” said Gautam. Now the University is looking to link faculty, students, staff and researchers with entrepreneurs, innovators, investors, commercialization experts and startups in the area, offering them a very open, collaborative work environment with access to research and equipment.

At both ends of the state, GOED’s Knowledge Fund assists DRI programs relevant to Nevada in terms of water and air quality. The ecological programs utilize a tremendous capacity in data sciences, according to Brian Speicher, business development lead, Applied Innovation Center for Advanced Analytics (AIC).

AIC is built on high-performance computing, visualization, data sciences and computational analysis. “We’re taking the historical footprint we have in the higher education scheme, leveraging capabilities that have been here for a long time, and are real strengths, and creating the data science outcomes and work product relevant for today’s economy and today’s real environmental and industrial issues,” said Speicher.

Add to that, said Joe Grzymski, senior director, AIC, that the specific metrics based on GOED, are different than typical DRI research. “On top of doing all this incredible cutting edge science, our goal with this money is to improve the economy in Nevada, add jobs, relocate companies to the state, and we’re focusing on doing that in our core areas of expertise.”

Using data sciences, DRI technology has formed the basis for companies that assess how energy is expended in the home and improving efficiency. Another application, Nevada’s Water Center of Excellence, in Southern Nevada, is a project that was initiated through a partnership of GOED, Nevada System of Higher Education, DRI, Nevada Department of Employment Security, Training and Rehabilitation and IBM.

Nathan Allen, execuitve director, COE explained that the Southern Nevada Water Authority (SNWA) has been, “forced to be innovative from the beginning where they have had record amounts of population growth while at the same time having less water than other places. Nevada has always been one of the driest places in the U.S. and always will be.”

Because of that, DRI has more hydrologists than any other academic institution in the country, and a hydrology department larger than many other colleges in major universities.

The non-profit COE works with SNWA and a variety of industrial sectors that use and manage water. In common they share a need for solutions to managing water that are not currently available on the market.

COE searches for those solutions, whether through new technologies or policies, and acts as an agent for its partners, recruiting solutions from companies and other countries. “What that does is give technology companies an opportunity to have a partner in the development and implementation of their new technology. It also serves the needs of our partners statewide,” said Allen.

Both AIC and COE are Knowledge Fund projects, involved in innovation and technology and bringing new companies into Nevada as part of the innovation-based economic development structure the Governor put forth in 2011.

Allen hopes within the next year to take the model demonstrated and made successful with SNWA and expand it into partnerships statewide. Truckee Meadows Water Authority just joined.

“We’re talking with folks in other sectors like mining, agriculture, power, that use a lot of water and we think this model can be fruitful for them,” said Allen.

So does Nevada have what it takes to become the next Silicon Valley? Or, as many experts in the tech field have asked, do we even want to?

“The reality of Silicon Valley is that it started in the 1940s with Department of Defense money,” said Dr. Gautam. It’s had more than 70 years to become what it is.

“We have our own strengths over here and we need to overcome what we don’t have,” he added. “What we want to do is offer a state-of-the-art culture that attracts companies that otherwise would go to Silicon Valley. [They would] pay super high costs to do what they could do over here a lot cheaper and still get access to a state-of-the-art infrastructure.