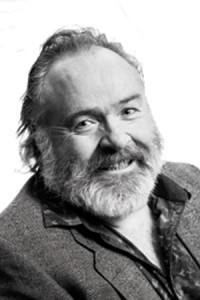 Nevada’s public schools have been receiving failing grades for many years, ranking among the lowest in the country for graduation rates, standardized test scores, and other measures of student achievement; but, thanks to Governor Sandoval and the 78th Legislature, a major step in reforming Nevada’s education was accomplished by the passage of what appears to be a monumental piece of legislation expanding school choice.

As you may know, I was a huge critic of the Governor’s education reform package as introduced in his 2015 State of the State Address. His original reform plan was tied to a new tax on businesses resembling the Gross Margins Tax on Nevada businesses. The Gross Margins Tax was Ballot Question #3 that was overwhelmingly (78%) defeated by voters in November, 2014. And, although I don’t agree with the business tax, I must congratulate the governor on the school choice legislation. The bill should promote real competition in education and improve outcomes for all Nevada children.

So what is the School Choice Bill that was passed? On June 2nd, the Governor signed into law SB302, giving parents the financial means to make better education choices for their children. If a parent opts to pull their child out of public school, the state will take the money earmarked for sending that child to public school and put it into an Education Savings Account (ESA). Estimates are that this would amount to around $5,700 per child per school year. If the child qualifies for special education status or if the family is below 185 percent of the federal poverty level, they will get 100 percent of the state money. If neither of these conditions are met, they will get 90 percent.

Funds in the ESAs will be managed by the parents, who can customize their child’s education according to what the child needs. The money may be spent on tuition, class fees, tutoring, online classes, testing fees, or other approved education expenses, and withdrawals will be overseen by the Nevada State Treasurer’s Office. Any money not spent can be rolled over, and can even be used to pay for college courses taken in high school.

Of course, the entrenched education establishment is screaming that this will leave public schools with no money or turn them into dumping grounds for poor and disabled children who won’t be able to get into private schools. These arguments are just plain wrong. Only funds from the state’s Distributive School Account would be taken out and put into the ESA. The rest of the taxpayer money from federal and local sources remains in the public school even after the student leaves, which means more money for the students who remain. Taking students out of the public schools should also help with overcrowding and reduce classroom sizes. Less overcrowding means taxpayers won’t have to fund expensive projects to build more public schools with bloated contracts and so-called “prevailing wage” jobs.

Another argument is that the ESA program is unconstitutional because it gives state money to religious schools, violating Article XI of the state Constitution. This argument doesn’t hold water, because tax money is being given to parents, not to the school, and parents are allowed to spend it wherever they want. But don’t be surprised if someone (probably from the Teachers Union) files a lawsuit about this.

I’m not saying there won’t be growing pains setting up the ESA program. After all, it’s not only new, it’s ground-breaking. We’ll need people at the Treasurer’s Office to monitor the accounts for fraud, because there will always be people trying to game the system. Principals may have a harder time establishing budgets until they know how many students will be transferring out. Once parents find out about the program and want to send their kids to private schools, there may be some overcrowding in private schools for a while, but that’s the beauty of using the free market instead of top-down management. The law of supply and demand will encourage more private schools and tutoring companies to come into Nevada, and may encourage existing schools to expand.

It’s exciting to think that Nevada, instead of being on the bottom for education statistics, is at the forefront of education reform, with a real chance to improve. Congratulations again to the legislators and to Governor Sandoval for taking this bold step.