You are here: Home / Departments / Speaking for Nevada / SB 483: The Facts You Need 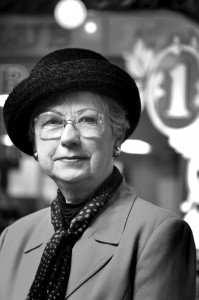 When originally introduced, SB 483 was Governor Sandoval’s bill to make the sunset taxes from prior sessions permanent, to increase the cigarette tax and eliminate the pre-payment of the net proceeds of minerals tax. The bill was further amended by the Assembly to incorporate the Governor’s modified tax plan in the bill. At that point, the bill only required a Senate majority vote rather than a two-thirds vote. Regardless, the modified SB 483 did receive more than two-thirds of the vote in the Senate towards the end of the last legislative session. The amendment to SB 483 has three major tax components.

State Business License: The first major component is a tiered increase in the annual state business license fee. The current $200 annual fee will be increased to $500 for domestic and foreign corporations. The original bill proposed an increase to $300 for all other businesses which the amendment reduced to $200. Filings of the initial and annual lists are now increased by $25. State business license fees are collected by the Secretary of State.

Modified Business Tax (MBT): The MBT for financial institutions has been continued at the 2 percent rate. The base of the tax has also been broadened to include mining entities at 2 percent. The healthcare deduction was continued in the amendment. In addition, the rate for general business’ MBT is increased to 1.475 percent. The wage threshold for determining tax liability has been reduced to the amount of quarterly wages paid over $50,000. A 50 percent credit of the Commerce Tax against the MBT was also added. Collection of the MBT is the responsibility of the Department of Taxation for Nevada.

The Commerce Tax: A percentage tax based on reported Nevada gross receipts, the Commerce tax was added to SB 483 through the amendment. This tax is a variation of the Governor’s originally proposed tax bill, SB 252. The commerce tax identifies 26 industry/business classifications as well as one catch-all classification. In addition, the revision changed to one rate per classification as opposed to 67 rates for each classification. The gross receipts tax is due annually, the original bill had it being paid quarterly by business. There is a $4 million threshold before the commerce tax kicks in after which the amount is based on revenue, not profit. Administration and collection will be done by the Department of Taxation.

The revised SB 483 will be effective at the beginning of this month for most purposes, the legislation was signed by Governor Sandoval on June 10th of this year. It is expected that this bill will raise $1.3 billion in new revenue to fund the state budget as it was passed. The full bill and a summary of specific revisions is available from the Nevada Taxpayers Association.