You are here: Home / Features / Feature Story / Mining: It’s About More than Gold 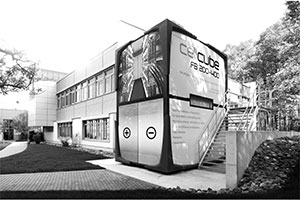 The value chain for Nevada’s roughly 20 metals and minerals begins with companies mining the resources. This benefits the miners and their employees monetarily and the communities around those mines where dollars are spent, donations are made and other commitments are carried out.

Mining firms require goods and services at each stage of their process—exploration, development, operation and closure. In Nevada, about 2,200 in-state vendors gain business by providing goods and services, according to the Nevada Mining Association (NMA), an organization that conducts education and lobbies on behalf of mining companies and related industries. The services that ancillary companies provide range from geology, engineering and legal to blasting, drilling and reclamation. The gamut of merchandise includes chemical solutions, adhesives, carbon, cables, heavy equipment and pumps.

The gross domestic product of the mining industry, the Silver State’s fifth largest economic sector, was $8.1 billion in fiscal 2013, the most recent year for which data is available, according to the Nevada Department of Taxation’s Annual Report Fiscal 2013-2014. It paid about $60 million in net proceeds of minerals tax that same year, thereby benefiting Nevada as a whole.

The products mined in the state go to various end user companies that will utilize them in their own products and services. Molybdenum, for instance, winds up in the hands of steel manufacturers who use it as an alloy.

Further downstream, even other companies utilize the steel in making everyday products, such as appliances like stoves and refrigerators along with stainless steel medical instruments and pipeline used for the state’s water supply.

These final products are ubiquitous in and essential to everyday lives, whether in electronic devices, homes, automobiles, workplaces, community infrastructures and more. The average American needs more than 3 million pounds of minerals in their lifetime, according to Applied Analysis’ Role of the State’s Mining Industry.

“Nevada is very fortunate to geologically be home to minerals that we know how to use to benefit our 21st century lifestyle but, also, for which we have the opportunity to develop new applications in the future. It makes the future look bright because we have the opportunity to utilize these elements in a new way as well as to respond to new technologies as they develop,” said Dana Bennett, NMA president.

The following pages highlight some of the resources mined in the Silver State and common products in which they’re found. Also listed are some of the companies currently exploring for them, developing the infrastructure to produce them or actually mining them along with updates on their projects:

The greatest use of lithium worldwide is in ceramics and glass, with batteries following closely behind, according to the U.S. Geological Survey. Rechargeable lithium ion batteries, for instance, are used in cellphones, laptops, cameras and energy storage devices. Other chemical forms of lithium are used in power tools, electric/hybrid vehicles, golf carts, electric bikes and grid-scale storage. Lubricating greases is the third most common use. Others include air treatment and polymer production. Lithium is also used as an alloy with other metals to make high-performance aircraft parts.

The potential growth for lithium batteries and storage devices, such as Tesla Motor Co.’s Powerall home battery and its Powerpack battery for off-grid energy storage, is making this metal an increasingly hot commodity now that such technology exists. Tesla, whose lithium ion battery gigafactory is under construction and slated for a 2017 completion, noted it will require 8,333 metric tons of lithium to meet its needs, which is about one-quarter of the world’s current supply.

Currently, the only lithium producer in Nevada is Rockwood Lithium Inc. at its Silver Peak mine in Esmeralda County. Western Lithium USA Corp., however, is advancing its Kings Valley lithium project in Humboldt County through the development stage, working on permitting and environmental studies. The corporation estimates a 2018-2019 production start date.

Vanadium is used in the production of high-strength low-alloy, full-alloy and carbon steels. It’s used in catalytic converters in vehicles and in batteries allowing for grid-scale storage of solar and wind energy.

American Vanadium Corp. continues to move through the permitting process for its open-pit, heap-leach Gibellini vanadium project in Eureka County, with assistance from two Nevada businesses: SRK Consulting in Reno and Stantec in Las Vegas.

In the meantime, the corporation is focused on generating sales of the CellCube, a vanadium flow battery, which has significant advantages over the lithium ion battery for grid-level, long-duration energy storage needs, said Bill Radvak, president/CEO.

The biggest challenge for the company has been the low number of early adopters of grid-scale energy storage technology despite growth in its revenue forecasts. American Vanadium, however, is staying the course.

“Not only are we working on closing our first major sale,” Radvak said, “but we have a pipeline that may give us an order book of up to $20 million this calendar year.”

This mineral is used to make drywall, plaster, acoustical tiles, soil conditioners and fertilizers and serves as a paint filler. Used in concrete, it’s a component of sidewalks, bridges and driveways.

This element is used in many alloys and often is found in stainless steel or as a coating on iron or steel products to prevent corrosion, for example in automotive parts. It plays a role in the production of plastics, paints, rubber materials, appliances, surgical tools, sunblock and cosmetics. Zinc fuel cells are used to power electric vehicles, generators, computers, cellphones and hearing aids. The U.S. penny is 98 percent zinc (with a copper coating).

Nevada Zinc Corp. acquired the Lone Mountain project near Eureka last year. In October, it began its first of three drilling programs, which it now has completed. Currently, it’s awaiting assay results from those efforts. Although the company is based in Toronto, Canada, it, too, uses several Silver State businesses, including an assay laboratory and biologist. “We’ve had really good results,” said Bruce Durham, president/CEO.

Nevada Zinc will need to raise money in the next 12 months, Durham said, and the equity markets are “pretty tough” right now. The company aims to file its National Instrument 43-101, a technical report detailing a deposit’s estimated resource and reserves, early next year.

Gold is used in a vast array of electronic devices because it’s an efficient conductor of electrical charges—cellphones, televisions, computers and cameras. In addition, automobile brakes, airbags, dental fillings, smoke detection systems, some medical imaging equipment, jewelry, and Grammy, Tony and Oscar awards all contain gold, which is an investment asset as well. Even some of the new Apple watches have a case crafted from 18-karat gold. To help buildings stay cool in the summer and warm in the winter, glass, like that at Mandalay Bay, sometimes contains gold.
The current prices of gold ($1,181/ounce), silver ($15.98/ounce) and copper ($2.61/pound) are far below their peaks, but seem to have stabilized in recent months. However, they remain a concern for miners.

Newmont Mining Corp., for instance, remains focused on what it can control—safe work performance, stewardship of the environment and managing costs. Another goal is achieving its production targets, which it’s been doing in recent months.

In the spring, the U.S. Bureau of Land Management granted it a Record of Decision, and the corporation since has advanced its Long Canyon project in Elko County into the construction phase. It expects to start production there in the next two years, which will make it the first operating mine in the county in a long time.

Also, in May, Newmont celebrated its 50th anniversary of the first gold pour on the Carlin Trend.

Midway Gold Corp. also achieved a major milestone this year, when it poured its first gold at its open-pit, heap-leach Pan project in White Pine County in March.

Klondex Mines Ltd. is producing silver and gold at its Midas mine in Elko County. At its Fire Creek gold project in Lander County, for which it released a prefeasibility study in March, it’s operating an ongoing bulk sampling program.

Nevada Copper Corp., having received approval of a land transfer earlier in the year, is much closer to production at its Pumpkin Hollow copper project near Yerington, whose resources also include gold, silver and iron. The corporation expects final permits in the third quarter of 2015.

Nevada’s miners, especially the exploration firms, continue to have difficulty obtaining financing, which can be a dire predicament for those companies that need capital to advance their projects. As a result, many are seeking direct foreign investment, Bennett said.

The amount of time it takes miners to obtain all of the necessary permits, which can be as much as 10 years, continues to be problematic. Not knowing when or even if they’ll receive the permits makes it nearly impossible for companies to plan ahead.

The issue of preservation of sage grouse habitat continues. In late May, the U.S. Department of the Interior released the Environmental Impact Statement concerning protection of the bird in the West, in which it proposed various controls across rural Nevada, some of which could impact the mining industry negatively, Bennett said. The recommendations, however, haven’t been finalized and won’t be until after a 60-day review by governors and included in that span, a 30-day protest period. The NMA is involved actively in finding a mutually beneficial resolution for the problem.

As for the near-term future outlook of mining in the Silver State, it’s positive, Bennett said.

“The mining industry has been a part of Nevada’s economy for a long time,” she added. “We intend to continue to be an important sector of the state’s economy and keep moving forward in that fashion.”