You are here: Home / Departments / Commentary / Killing is Not “Death with Dignity” – Beware the Slippery Slope 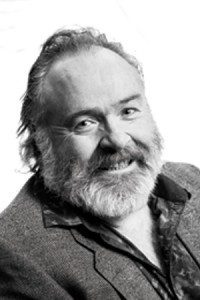 Did you know that a bill was introduced in the 2015 Nevada legislative session that would have allowed physicians to assist patients in committing suicide? Thankfully Sen. Joe Hardy, a doctor, made sure that SB 336 never made it out of committee. However, the sponsors of the so-called “death with dignity” bill have promised to bring it up again at the next session. We can’t allow legislation like this to pass in Nevada.

It’s just the first step toward further devaluation of human life. We already know that laws allowing abortions have cheapened human life so much that many women now use abortion as a means of birth control. I guess it’s no surprise that devaluing the beginning of human life would generate a movement to devalue its end as well. Once we start to play God, when do we stop?

There are many reasons to be wary of assisted suicide legislation. Here are just a few:

Everyone knows that doctors occasionally make mistakes. Even though a patient may be given only a few months to live, it’s possible that the diagnosis was wrong, or that the patient will beat the odds and live longer than expected. It’s also possible that a cure or treatment may be discovered, and it would be tragic to give up too soon.

Studies have shown that people fear pain and suffering more than death itself, and that’s the reason many choose suicide. However, modern medicine has many ways to ease pain and make a person’s final days comfortable. Hospice care can help people spend their last days in relative comfort, often at home surrounded by loved ones.

Making assisted suicide an acceptable option is bound to make other forms of suicide more acceptable as well, for anyone who’s depressed, for the elderly or disabled, or even for troubled teens. In fact, Oregon’s suicide rate has been increasing since its assisted suicide legislation was passed in 1997, and it’s now several times the national average.

People supporting this movement claim it allows people to control their own life, including how to end it. In fact, legislation like this may force the patient to give up control – to a doctor, to an insurance company, to unscrupulous relatives or guardians, or even to the government. When considering the possible unintended consequences, it makes sense to follow the money. Medicine to end your life costs less than $50, compared to thousands, or hundreds of thousands, of dollars for medical care to prolong your life.

If you die early, your health insurance company saves money. Medicare and Social Security have to pay out less. Your heirs will inherit more if you don’t spend your savings on long-term medical care. It’s easy to see that making assisted suicide readily available will put great pressure on sick or elderly people to end their lives so they don’t inconvenience others.

And it’s possible that the “social good” of saving the government money will encourage government-run healthcare to favor assisted suicide over life-prolonging measures. Think that wouldn’t happen? Oregon’s state-run health plan now pays for assisted suicide, but not for expensive chemotherapy.
When the Nazis took over Germany in the 1930s, one of the first things they did was legalize physician-assisted suicide. Once they convinced people that this was a good idea, they moved on to eliminating criminally insane people, severely handicapped children and very elderly people. We all know where that ended.

The fact is that once we stop valuing human life – born or unborn, healthy or ill, young or old – there’s no going back. We need to watch out for any future attempt to cheapen human life and fight it with all we’ve got.