You are here: Home / Departments / Commentary / Where’s Our Backbone? Speak Up Nevada! 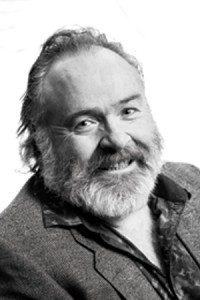 No one seems to take a stand on political and social issues anymore. They don’t want to make waves or offend anybody. Maybe they’re afraid of being bullied, or in the case of politicians, they’re afraid that speaking out on an issue may alienate some voters. If they do take a stand, as soon as they get any negative feedback, they’re quick to reverse themselves or try to explain that’s not what they really meant. That’s not what America is all about. Freedom of speech doesn’t do any good if we never exercise it. Here are just a few examples of people in our own state who caved as soon as they faced opposition:

In 2014, the Las Vegas Metro Chamber of Commerce commissioned the Tax Foundation to prepare a review of Nevada’s tax system and recommend possible improvements, but the Chamber didn’t take any stand on the Foundation’s recommendations. Then Governor Sandoval came up with a proposal to fund some pet education projects by increasing the business license fee, which eventually became Senate Bill 252. The Chamber still didn’t take a position, even though the business community would be devastated by this bill, and even though it was based on gross business revenues, a system which voters overwhelmingly rejected last fall in Question 3.

When the Tax Foundation issued a follow-up report in March pointing out all the flaws in the business license tax proposal, the Governor slammed the Chamber and caused a media uproar. How dare they oppose his tax plan? Chamber management could have defended the report, which was based on plenty of scholarly research. Instead of sticking up for its fact-based conclusions, the Chamber completely disavowed the report and actually apologized to the Governor. Where’s their backbone? At press time, as the legislative session is winding down, they still haven’t taken a position on the tax issue. If not the business community, who do they represent?

Then there’s the religious freedom legislation that was proposed in the Nevada Legislature this year, prohibiting government entities from forcing business owners to act in ways contrary to their religious beliefs. Among other things, it would have protected businesses such as bakeries and florists whose owners don’t want to provide services for same-sex weddings. It would also have applied to medical professionals who object on religious grounds to performing abortions. After the gay community, aided and abetted by liberal media, raised a virtual firestorm about similiar legislation in Indiana and Arkansas, backers of the Nevada bills (Senator Joe Hardy and Assemblymen John Ellison and Erven Nelson) headed for the hills. So…did they really believe in protecting religious freedom, or were they only concerned about protecting votes?

The people we call heroes today are the ones who had the courage to speak up, no matter what it cost them. The signers of the Declaration of Independence pledged “our lives, our fortunes and our sacred honor” in the fight to establish our nation, and most of them lost everything they had. Nelson Mandela fought against apartheid and spent 27 years in prison for it. Mahatma Gandhi was repeatedly jailed fighting for Indian independence, and eventually assassinated. In 1955, a bus driver in Montgomery, Alabama told four African-Americans to give up their seats so white people could sit down. Three complied, but Rosa Parks didn’t. Does anyone remember who the other three were? No.

People should be willing to speak up about their beliefs and fight for them if necessary, even if they face opposition or bullying. Use social media, donate funds, lobby politicians. Do something, don’t just sit there! As Martin Luther King, Jr. said, “Our lives begin to end the day we become silent about things that matter.”