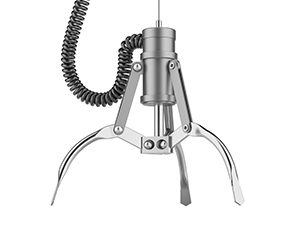 Hall of Fame baseball player Yogi Berra once said it is deja vu all over again. He wasn’t wrong if he was describing Nevada politics and biennial efforts to create a tax code that can better withstand economic recessions.

According to the bill, a company’s tax burden would be determined by its revenue and industry type, and sectors with a higher average profit margin will pay more. The changes to the business license fee will raise an estimated $438 million over the biennium. All of the state’s 330,000 businesses will be subject to paying it quarterly.

The business license fee or tax would scale what a business owes based on the North American Industry Classification System, or NAICS. The standard system used by federal and state agencies breaks businesses from utilities and services into different classes. Then it increases what each business owes according to its gross revenues.

The new fee applies to more than 30 super classifications. The new tiered system has a top payment of $4 million and one analysis showed the largest payment by any Nevada business is expected to be $2.58 million by the “accommodations” category, which includes hotels and casinos.

According to the proposal, the Secretary of State would be required to revoke the license of any business that fails to pay their quarterly license fee. It would also prohibit issuing new business license or reinstating a business’s license unless the license fee is paid in full.

To Pass or Not to Pass

Sandoval has said the increase is needed to invest in K-12 education statewide. The bill will need to win support from two-thirds of the Republican-controlled Assembly and Senate to become law.

One question on many executives lips is, even with a Republican majority in the Legislature, will the governor’s proposal get the votes needed to pass?

“We don’t know,” said John Restrepo, an economist with RCG Economics in Las Vegas. “Anytime you tax a percent of your gross revenue, it brings a certain amount of uncertainty. It’s all these different rates.”

But, Restrepo said in the end there are only three numbers that are important to passing Sandoval’s tax proposals and his $7.3 billion budget. Those numbers are 28 in the Assembly, 14 in the Senate, and the governor.

Carole Vilardo, president of the Nevada Taxpayers Association, expressed concern over the governor’s business license fee. She described the tiered systems as “a gross tax that is not based on a company’s ability to pay.”

Victor Joecks, executive vice president at the Nevada Policy Research Institute echoed that sentiment saying the, “proposal for a modified gross receipts would force businesses that are losing money to close their doors and kill jobs. Sandoval has said he’s modeled the Gross-Receipts Business License Tax after Texas’ margin tax but Texas lawmakers are looking to repeal the margin tax.”

Joecks added that a National Federation of Independent Business/Texas survey found that after Texas implemented the margin tax in 2007, around 20 percent of small businesses said they had to lay off employees and one-third said they left jobs unfilled.

The business fee is just part of the proposed tax package Sandoval used to balance his $7.3 billion budget for the coming two years. His plan was needed after the Economic Forum projected $6.6 billion in revenues from existing sources for the coming biennium. Sandoval has also proposed raising the taxes paid by restricted slot route operators and a $78.3 million increase on the state’s cigarette tax.

“There is a big need for money, but maybe there is a better way to design a business license fee,” Restrepo said.

He said the increase in the business license fee from $200 to $400 makes us less competitive against states like Wyoming and Delaware.

Restrepo explained that entitites with 500 companies licensed in Nevada at $200 a piece find the fees manageable, but at $400 each they might consider moving to Delaware.

“There are a lot of nuances” to this proposal, Restrepo said.

In his proposal, the governor has also figured in $14 million in lost tax revenue from the mining industry. Sandoval’s budget includes a mining industry payroll tax hike to 2 percent, from its traditional 1.17 percent.

The gaming industry is somewhat included in that the tax would affect non-gaming revenue, such as clubs and restaurants.

Vilardo said Nevada’s Highway Trust Fund is one of the biggest losers in the governor’s push to make those “sunset” taxes permanent. The fund’s budget was taken away during the recession to cover shortfalls in the general fund. The 10 percent increase in the Motor Vehicle Registration Tax has been deposited into the general fund, but on July 1 of this year, the revenue from the increase is expected to be deposited into the Nevada Highway Trust Fund. However, the money is still being used for other purposes, costing the fund $64 million between 2013 and now. Nevada’s highways are also hurting from a lack of federal funding.

Vilardo said by making it permanent, “you get a lack of money and the erosion of the highway trust fund.”

Some advocacy groups have come out in support of the governor’s proposal. The Las Vegas Global Economic Alliance (LVGEA) is one of those groups.

“We know that high-wage businesses overlook Southern Nevada because we lack a highly educated workforce,” said Ray Specht, of Toyota Financial Savings Bank and chairman of the LVGEA board of directors, in a statement. “The LVGEA board recognizes that it is imperative to start at the beginning and both reform our K-12 education system and pay for programs that will create a workforce that will be competitive in the 21st century global economy.”

The governor won his second term in November with 70 percent of the vote. Sandoval then did something unexpected for a Republican governor. He used his state-of-the-state address to call for the largest tax increase in Nevada history. A decision that put him at odds with his fellow Republicans and many in the business community that helped defeat the Margin Tax in November.

The governor’s budget and proposed tax increases continue to face criticism, in particular from the anti-tax wing of the Republican party. Meanwhile other lawmakers, including Assembly Speaker John Hambrick, have been threatened with recalls if they vote for Sandoval’s budget.

One potential block to Sandoval’s tax proposal is that many of Nevada’s GOP lawmakers are conservative and likely to vote against his billion dollar tax plan.

The heart of the issue for many is not about whether or not Sandoval can use his political capital to usher his $7.3 billion budget through the Legislature, but what specifically he is proposing and its impact on the business community.

Restrepo said the economy is always changing and projected collections in these budgets never meet forecast. “What ends up happening is that they tweak it again, then again, and then again.”