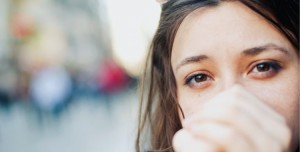 Reno, Nev. – On Wednesday, the U.S. Senate unanimously passed legislation to help victims of human trafficking. The National Council of Juvenile and Family Court Judges (NCJFCJ) is in full support of this historic 99-0 vote to approve the Justice for Victims of Trafficking Act, which expands law enforcement tools to target sex traffickers and creates a new fund to help victims. Human trafficking of children and minors, one of the most heinous acts of child abuse, is on the rise; and in 2013, the NCJFCJ passed a resolution to call for judicial action to address this growing problem. With an estimated 293,000 American children currently at risk of commercial sexual exploitation, the NCJFCJ has made it a priority. Next month, the NCJFCJ is gathering more than 50 judicial officers from across the U.S. for their second institute addressing domestic child sex trafficking in Minneapolis, Minn. “The NCJFCJ is pleased to see this commitment to addressing the important issue of human trafficking,” said NCJFCJ President Judge Peggy H. Walker. “This bill is a long time coming and we’re proud to see full support of giving victims of child sex trafficking the help they need. Founded in 1937, the Reno, Nev.-based National Council of Juvenile and Family Court Judges, is the nation’s oldest judicial membership organization and focused on improving the effectiveness of our nation’s juvenile and family courts. A leader in continuing education opportunities, research, and policy development in the field of juvenile and family justice, the 2,000-member organization is unique in providing practice-based resources to jurisdictions and communities nationwide.