You are here: Home / Departments / Commentary / The Emperor Has No Clothes: Businesses Must Speak Out on Governor’s Tax Plan! 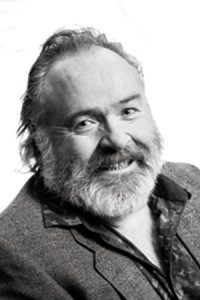 Most of you remember the fable that tells of a leader who showed up naked, yet was so powerful that no one said a word. Our Governor has shown strong leadership during our state’s worst economic crisis and enjoys high ratings among Nevadans. However, his plan for imposing the highest tax in Nevada’s history leads me to believe he is either anti-business or simply doesn’t understand how business works. Much like the emperor in the tale, Governor Sandoval is showing that he is woefully unprepared when it comes to realistically dealing with issues that businesses face post-recession. And, while I may be the lone voice, I’m here to tell you the Governor, and his supporters in Carson City, are behaving like liberal, tax-and-spend democrats.

As business people, we are all about accountability because, if not, our businesses fail. Why do we elect representatives that have absolutely no business sense? Anyone in business knows if you invest in something and realize you are only throwing good money after bad, you stop the bleeding immediately and cut-off that investment or be prepared for ultimate failure. Can you begin to imagine having access to cash regardless of your business’ financial decisions? Well, that’s what it must be like for the Governor and his supporters up in Carson City.

Republicans and democrats are lining up behind him, pledging their support of his budget and essentially hanging businesses out to dry. Chief among his cronies is Senator Michael Roberson along with other republicans who hold powerful positions within the Senate.

And, while the Governor has powerful supporters (including the gaming industry) everywhere, it appears there’s no clear champion for the business community. Consequently, unless we can quickly rally support, as happened with Question 3, businesses will either have to figure out how to live with this oppressive, unfair tax, or just close up shop.

Taking a position on this will not be easy because of the governor’s popularity, his champions and his determination to impose this unreasonable plan. The few that have had the audacity to speak out are quickly silenced. A case in point is how the new State Treasurer, Daniel Schwartz, a Republican, was treated when he tried to present a more conservative, three-page alternative to the Governor’s budget to the crony members of the finance panel. They shredded him with such disdain and disrespect it was shameful. Interestingly, Mr. Schwartz’s history includes being a successful businessman. His mistake was that he had the courage to try to use proven experience with accountability and business success methods to assist our state. Those that have never had to be accountable and don’t know anything about business want nothing to do with accountability. They publicly butchered him and appear ready to take on anyone that doesn’t side with theirs and the Governor’s agenda.

So where are the organizations and businesses that came out so strongly committed to defeating the Gross Margins Tax? When questioned, the common theme seems to be, “we’re studying the tax proposals and haven’t yet formulated a position.” Must I remind them the session is only a few months long and we cannot afford to wait. Or is their response simply a political answer easily translated to,”we’re not going to take on the governor and run the risk of pissing him and his cronies off.” Either way, unless pro-business organizations quit kowtowing to this popular governor’s agenda and do something quickly, Nevada will become among the most anti-business states in the union. The time is now to take a position.