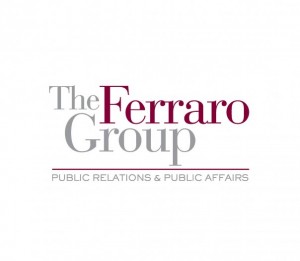 The Ferraro Group, a public relations and public affairs firm with offices in Reno, Las Vegas, Carson City and Phoenix, announced that veteran tax policy expert Barbara Smith Campbell will merge her firm, Consensus LLC., with the regional communications company, effective immediately.  Campbell will be responsible for representing the firm’s clients before regulatory agencies, including: the Nevada Division of Insurance, the Public Utilities Commission of Nevada, the Department of Taxation and the Nevada Tax Commission.

“We are very pleased that Barbara has chosen to join our firm,” said Greg Ferraro, president and founder of The Ferraro Group. “Her reputation precedes her, and I don’t think anyone would argue with the sentiment that she is one of the foremost tax policy authorities in Nevada. We could not be more proud to have such a distinguished professional join our team.”

Campbell recently resigned as chair of the Silver State Insurance Health Exchange, a position she held for four years after being appointed by Gov. Brian Sandoval in 2011, to focus on the merger.

“I’m excited to be merging with one of the most prestigious communications companies in the state,” Campbell said. “By combining our companies we will be offering a multi-dimensional talent package to all of our clients.”

Prior to founding Consensus LLC., Campbell served as board chair of the Tax Commission. She was first appointed by Gov. Richard Bryan and subsequently re-appointed by Gov. Bob Miller and Gov. Kenny Guinn.  During that time Campbell was also director of finance for Mandalay Development, a subsidiary of Mandalay Resort Group.  After the company’s merger with MGM Mirage, she became vice president of finance for MGM Grand Resorts Development.  From 1991 to 1995, Campbell represented the state of Nevada as a White House Cabinet Appointee under the President George H. W. Bush administration on the Federal Home Loan Bank of San Francisco.

She also served as Chairman of the Board of Nevada Taxpayers Association and is currently a member of the Community Board of Saint Mary’s Regional Medical Center.

About The Ferraro Group