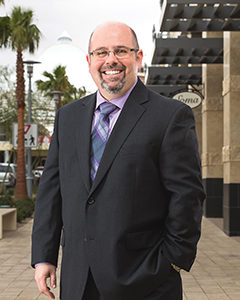 With a New Year upon us, real estate brokers and developers are dampening their expectations for the retail market in Nevada over the next couple of months and for the rest of 2015. Nevertheless, all of them see positive trends for the market and some reason to remain optimistic.

“We are clearly in a recovery,” said Brendan Keating, principal with The Equity Group in Las Vegas.

Keating said investors and buyers were seriously looking at Las Vegas because of what the area has to offer over California, Phoenix or Denver.

Daniel Adamson, a principal with ROI Commercial Real Estate Inc. in Las Vegas, believes the region has “had a solid recovery.”

Two significant projects, both of which include office space, are The Gramercy and Downtown Summerlin.

The Gramercy, which is a mixed-used development in the Southwest submarket, has 175,000 square feet of Class A office space which is 69 percent leased. The most significant tenants are HMS Business Services, with 63,922 square feet, and Regus occupying 14,872 square feet.

The most notable project under construction remains the Downtown Summerlin mixed-use development.

“The response to the overall property has been great,” said Andrew Ciarrocchi, senior general manager of Downtown Summerlin. “We are just an evolving property.”

Downtown Summerlin, which opened in October, is a 106-acre, 1.6 million-square-foot planned urban center within the 22,500-acre master planned community of Summerlin. The retail component of the property is completed with an eight-story, 200,000 square foot office compenent expected to be completed this year. But, for almost five years, the desert plot of land near Red Rock Resort was home to steel skeletons, a reminder of the recession that Las Vegas is still recovering from.

Some 20 minutes from the Strip, Howard Hughes Corp. inherited the development in its 2010 spinoff from Chicago-based General Growth Properties Inc., the second largest U.S. mall owner. General Growth shut down Downtown Summerlin in 2008.

“When Howard Hughes Corp. acquired it from General Growth Properties, we took the time to look at the plans for Downtown Summerlin and make the changes we wanted,” Ciarrocchi said. “We didn’t want to pick up and use the plans that were there.”

He said the first order of business was to see if the unfinished buildings, a reminder of the project that was halted by the recession, were useable. Ciarrocchi said after some maintenance the steel structures were incorporated into the design.

“It made a little more sense than tearing them down and starting all over,” he said.

There are still retail developments being built along Buffalo and Blue Diamond, and on Rainbow and Durango in the Southwest sub-market, but all have pre-leases before construction begins. “What were are not seeing is a return to 2006 when buildings just came out of the ground,” Keating said. “Financing is not available for those projects.”

Adamson, of ROI Commercial Real Estate Inc., said he’s seen stabilization in the market, but growth continues as consumer confidence continues to rise. Adamson said it depends on how consumers feel about their own financial situation.

He cautioned that the “black holes” in the retail market tend to be where a lot of strip centers were built, for example along South Durango. Adamson said because of the recession and a decrease in rental rates, there has been a “flight to quality” for many retailers who have taken advantage of the market to move to a better demographic along West Charleston or West Lake Mead.

La Bonita supermarkets is an example of a company taking advantage of the lower lease rates and sale prices to move into a new submarket. Adamson said La Bonita took the opportunity a few years ago to move into a shopping center along Rainbow and Flamingo to fill a space that once housed an Albertson’s supermarket. He said the company realized it could be successful given the right opportunity.

What speculative development there has been over the last two quarters has been constrained to the Summerlin area, with some projects leasing for $3.50-per-square-foot, while the overall retail market is leasing for an average of $1.78-per-square-foot. Meanwhile, as IKEA comes closer to opening, in the Southwest submarket, other retail developments should be following.

Those projects will benefit from new retail developments popping up along the 215 Beltway in the Southwest and in Henderson. But, the region will continue to be defined over the next few quarters by a divergent retail market as some retailers close underperforming stores. Meanwhile, retail in Summerlin, the Southwest and Green Valley continue to do well and outpace the rest of the market.

Overall, it’s the smaller leases that are the issue. Adamson said Firestone has done eight deals, then there is Burger King, Del Taco and Chase bank opening new spaces, but they average 8,000 square feet. Those deals “don’t move the needle as much as a Downtown Summerlin,” Adamson said.

Some of the recent significant leases in both retail and office include Nella Chunky LLC, which does business as Fresh Tops, signed a 60-month lease for 2,251 square feet of space at The Shops at Summerlin. The lease is valued at $717,051.

The Northern Nevada economic climate continues to show signs of improvement, however, in the retail sector momentum continues to be soft. As a result the current overall vacancy level in the Reno-Sparks area is 16.7 percent, which is still down from 17.5 percent in the third quarter of 2103, according to research by NAI Alliance.

Kelly Bland, senior vice president of NAI Alliance in Reno, split the region’s retail market into two submarkets: Anchor space, which is above 20,000 square feet and In-Line space, stores that are below 20,000 square feet in space. Bland said the vacancy rate for anchor spaces is at 20.75 percent, which is down almost 3 percent from a high of 23.43 percent in the third-quarter of 2012.

“Vacancies for in-line space are filling up,” Bland said, adding that most of the leasing activity was for 10,000 square feet of space or less, which “helps firm up the market.” Bland said a lot of these new leases are local business, which has helped bring down the vacancy rate to a current rate of 13.96 percent, down from a high of 15.83 percent in the first quarter of 2012.

Bland said the decrease in vacancy rates has not come down in a straight line and there have been adjustments along the way, but “in general things are improving” in the Reno-Sparks retail market.
However, there are still some signs of stress on the market, especially in the anchor retail space. Scolari’s Food & Drug closed its second location last year as the company, whose reach once encompassed 19 markets in Nevada and California, continues to adjust their presence in the market. In May, Scolari’s closed its East Plumb Lane location, followed by their Southwest Pavilion location at the end of 2014.

Bland said that closure added an additional 47,000 square feet of available space onto the market in the anchor category. He said that loss was partially offset by the Natural Grocers opening a 32,000-square-foot space in the Firecreek Crossing Shopping Center.

He said Scolari’s closing will have an effect on the retail market, but overall there is a “more positive outlook on the region.”

As for the greater Reno-Sparks office market, the vacancy rate at the beginning remains around 16 percent, with the two-healthiest submarkets begin downtown Reno and Meadowood with the most Class A office space.

“It’s a good feeling,” Bland said. “There is a definite change in the attitude of the Reno community.”

Meanwhile, construction is revving up at the Storey County site of Tesla Motors’ future gigafactory, where thousands of workers are expected to begin finding employment by next year. The $5 billion factory plans to open by 2017 and will employ up to 6,500 people at the Tahoe-Reno Industrial Center east of Sparks.

Bland said over the new few years as Tesla ramps up it will have an impact on the retail market, especially when new workers buy homes.

“Eventually, we’ll get more retail built in the region,” he said. “It’s a slow process, but over the next five years it will get better and better. It’s a positive sign. We got hit so hard by the recession.”

Bland said Natural Grocers opening in Reno and several groups from out of state, including Hobby Lobby moving into a former JC Penny Home store location on Virginia Street across from Meadowood Mall, will help the retail market recover.

“We are moving in the right direction,” Bland said.