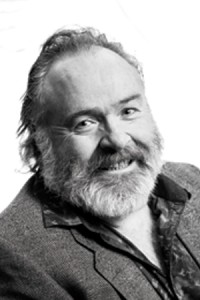 The sex education model currently used in the district focuses on abstinence, while giving older students information on contraception and safe sex practices. It’s also based on the idea that sexual relations happen between a man and a woman. This isn’t good enough for the school district which proposed what they called a “comprehensive” sex education curriculum to satisfy concerns that the current model is “discriminatory” because it’s based on heterosexuality.

At the invitation-only meetings in September (no media allowed), CCSD staff handed out copies of a 77-page document from the Sexuality Information and Education Council of the United States (SIECUS) entitled “Guidelines for Comprehensive Sexuality Education.” The meetings were also moderated by a representative of SIECUS. If you want a real shock, download a copy of the guidelines from www.siecus.org and read their proposed curriculum – just don’t let the kids see it.

Once word got out about what was being discussed in these meetings, a crowd of angry parents stormed the September School Board meeting to protest. Eventually, Superintendent. Skorkowsky issued a letter of apology, admitting that the District had “broken trust” with the community by not opening the meetings to the general public, and apologizing to the school board for blindsiding them, since some members weren’t even aware of the document that was being circulated until it was too late. He says he’s instructed his staff to stop using the SIECUS document. As additional damage control, CCSD has set up a special section on its website with information about this issue.

Where does this leave concerned citizens who want to know what’s being proposed for the CCSD sex education curriculum? At press time, the district was preparing a survey to be sent home to parents, asking for their input, and CCSD will host seven public meetings this month, one in each of the District’s service areas. The feedback from the surveys and meetings will be presented at the December 11 School Board meeting, which will also be open to public comments. At the January board meeting, CCSD staff will present suggested curriculum changes to the board, which is charged with making recommendations about the curriculum to the Legislature when it convenes in February.

If this issue concerns you (and it should), attend one of these meetings and express your opinion. There’s also a link on the CCSD website that lets you create an email on this subject.

It’s up to each of us in the community to protect the innocent minds of our children and shield them from dangerous influences whenever they occur, especially in our schools. It’s unfortunate that schools today are so set on removing postive influences, such as Christianity and replacing them with subject matter that isn’t fit for young children. In Temecula, CA, for example, the charter schools have banned any books that have Christian themes, and even those that were written by Christian authors. Schools have already taken away the Ten Commandments in the name of “separation of church and state.” If we also let our schools teach children that “anything goes” concerning sexual relations, our civilization will really be circling the drain. We need to draw the line somewhere!