You are here: Home / Departments / Speaking for Nevada / A Piece of Nevada’s Pie: The View from Reno’s Mayoral Office 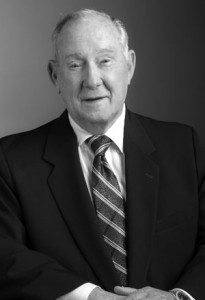 That philosophy — that you’re only as good as the whole — is one that I’ve followed religiously during my time in public office, whether it be as City of Reno Mayor (2002-present), Lieutenant Governor of Nevada (1982-86), or during my tenure on the University of Nevada System Board of Regents from 1978 to 1982. I’ve followed it my personal life as well; from building Cashell Enterprises to as far back as my years coaching Pop Warner football.

A group of high school seniors recently asked me what my greatest accomplishments are. To their surprise, I answered, “I don’t have any.” That’s because there’s no “I” in team or we. I found out pretty early in my career that business is a team game. You work with people and compromise. Giving and taking is crucial. That’s my advice to the next generation of public servants and business leaders.

In November of this year, my term will end as Reno Mayor, a role I’ve served in for more than a decade. Naturally, I’ve fielded the “what are you most proud of?” questions a lot lately. It’s been a pleasure working alongside a dedicated group of Reno City Council Members, City Managers, and employees. Together we’ve accomplished a lot and executed some big projects that have changed the face of the city.

Reno has been home to a Triple-A baseball team, the Reno Aces, since 2009. Aces Ballpark stands out as one of Triple-A’s classiest stadiums and has been a great addition to The Biggest Little City in the World.

We established a successful network of Community Assistance Center homeless shelters in 2008. The City of Reno has continued to serve a lead role with operations focused on assisting people in recovering from homelessness.

Residents and visitors to downtown Reno can enjoy a world-class whitewater kayak park. Combine that with The Riverwalk District, recently voted one of the 10 Best Riverwalks in America by Travel & Leisure, and you have the formula for one of the nation’s great downtowns. I was down there on the Fourth of July, and you couldn’t stir the people with a stick.

The ReTRAC project, which lowered more than two miles of train tracks that once ran directly through downtown, came in under budget and ahead of schedule. The improvements were astounding. Train accidents diminished, traffic flow improved, emergency vehicle access was enhanced, property values increased and there have been numerous environmental benefits.

We also remodeled Virginia Street, the gateway to downtown Reno, by putting in sidewalks, trees, lights and generally cleaning up the area. This is paving the way for a more cohesive downtown connection to our Tier 1 University of Nevada, Reno. In the future, I’d like to see money put toward demolishing some of the dilapidated hotels and improving the aesthetics of the entryway to the university.

Those are just a few of the highlights during my three terms as Mayor. I’ve always emphasized that running City Hall is a team effort. The Council Members and I set policy; we don’t manage the day-to-day operations. It’s the City employees who do the lion’s share of work. They’re the face of the community.

Before I served in government, I came from the private sector as owner of Cashell Enterprises. Most people know of my connection to Boomtown Casino & Hotel, but I’ve owned and managed several properties in Nevada through the years. Having a business background has helped me understand the budgets and formulas used in city government.

The only way you can move your business forward is through a group effort. No individual is ever 100 percent right. It is through the sum of the parts, whether it’s private business or government, that you can enjoy the whole pie.