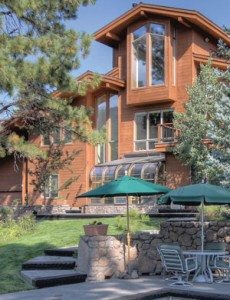 “People are a lot smarter today, having learned from mistakes that occurred in the market; buyers are much smarter,” said John Tippins, CEO and founder of Northcap, a Nevada real estate firm that focuses on high-rise condominiums.

But is the market back to where it was before the downturn or even before the housing bubble that contributed to the downturn? Or is there still a ways to go?

Until legislation in 2011 changed foreclosure laws, mortgage lenders tended to file notices of default 30, 60 or 90 days after the first missed mortgage payment. In 2012 approximately 77 percent of homes in Reno’s North Valleys and Fernley were underwater, according to Nancy Fennell, president, Dickson Realty. Today it’s at 28 percent.

Today’s market mix shows 87 percent of active homes on the market are traditional sales, 6 percent short sales and 4 percent foreclosures, relative to homes for sale in June. There are 927 active listings in Northern Nevada which represents only a 1.24 month supply, which is low – normally the market carries a three to four month supply. Low inventory continues to keep prices high.

May 2014 was the third highest May for the number of housing units sold, said Fennell. “Median prices have continued to rise, however the increase has slowed. I think that’s good, and for people who believe we’re pricing ourselves out of the market, we’ve just passed where we were selling homes in 2004, so that should put the numbers in perspective.”

In Southern Nevada, where 13 to 14 months ago the distressed properties made up 75 percent of the market, they now make up 8 percent and inventory is down to about a three month supply, according to Wally Kowis, corporate banker, Realty ONE Summerlin. For a market that’s used to having a five to seven month supply, that’s low, and driving prices up.

Increases are good. A steady market might be better. Steady works for communities and neighborhoods where constant roller coaster trends cause uncertainty – sellers don’t know whether to sell or hold out hoping prices will rise and they’ll have more equity. Buyers aren’t certain if the house they want will cost more, less or the same tomorrow.

In 2011, when Nevada’s housing market hit rock bottom, there were so many distressed properties for sale that smart investors and other buyers bought up everything they could. That meant, going into 2012, so much inventory had been absorbed that rather than a glut of empty houses on the market, we now had an inventory shortage driving housing prices up.

“So going from 2012 into 2013, we enjoyed an average of about a 30 percent increase in market value or increase in equity throughout Northern Nevada,” said Mark Ashworth, president, Reno/Sparks Association of Realtors.

The increase has been mostly in mid-range homes. High end homes were less effected by the housing market’s roller coaster since 2007, largely because people who can afford those homes are less concerned about financing. Low to mid-range homes in the $125,000 to $275,000 range have enjoyed the increases and continue to rise in price as inventory declines. In May 2014, the median price in Northern Nevada stood at $240,000, up 4 percent over April. In Southern Nevada median prices stood at $192,000 in April and $195,000 in May, an indicator the market isn’t going crazy fast but is healthy. “In a 30 day period it climbed $3,000, so that’s substantial, but not a red flag,” said Kowis.

Those are fairly significant changes in one month, indicating a seller’s market that holds prices at a higher level. “That creates an opportunity for people who have been previously upside down in their mortgage to be able to sell and not have to short sell,” said Ashworth. It also means those people may be able to buy other properties, making them both buyers and sellers.

Ashworth notes the Federal Reserve may be planning to raise short term interest rates. “Any time the Fed increases interest rates in any way, shape or form, the market usually follows.” Rising median prices and rising interest rates could make it difficult for first time buyers to qualify.

That said, there are multiple loan programs available for first time buyers, not only through FHA and Freddie Mac, but locally through the Nevada Rural Housing Authority, according to Ashworth, including home grants through USDA.

Where the Homes Are

One source of future inventory could be the so-called shadow inventory, those REO (real estate owned) properties held on bank portfolios, foreclosed but not re-sold. Once expected to cause a mini-bubble if banks released these houses en masse, REO properties aren’t really having a huge effect.

Housing prices are up, inventory is down and sellers are getting a little more equity when they sell. Not where things were three years ago.

Real estate has always been a cyclical market, Kowis said; the market is in the process of coming out of the distressed market cycle. “It took a little longer than we liked these last six, eight, 10 years, but it’s always been cyclical.”

Now the housing market’s stronger, the next step is strengthening the builder market. “We’re talking more and more with builders out there, and I hear there’s some very good product coming on inventory,” said Kowis. “All that helps. When the builder market starts getting a little healthier, that helps the entire economy too.”

Not everything is in the building phase, however. There are no new plans to build high-rise condominiums in the state

“For folks who want to have this unique living lifestyle, whether it’s downtown at the Ogden or Juhl or south Strip at ONE Las Vegas, those types of buildings aren’t going to be built anymore for quite a while,” said Tippins. “For the high-rise market, people realize they’re still buying something that no one is planning to build anytime soon.”

So who are these properties selling to? As homes started to move again with low prices and a glut of distressed properties on the market, investors moved in, making cash purchases. The number of cash purchases has dropped said Kasama, from 60 percent of closings to 40.

“I would venture to say back in 2011, 2012, many of the transactions were by investors who have turned [the homes] around and fixed them. Just because you got a good price on a home doesn’t mean you can just flip it and make money,” said Ashworth.

Though there have been disparaging remarks about investors buying low and selling higher, Ashworth points out such discussions overlook the amount of money investors had to put into such homes to bring them back to marketable level, with a corresponding beneficial effect on the neighborhood where the home is located.

Today foreclosed homes coming onto the market with some Fannie Mae programs require 30-day owner occupancy before investors can take over, which caps the number of investors turning homes into rentals, according to Kolleen Kelley, president, Nevada Association of Realtors. That’s a boon for buyers who were being outbid by investors who had cash in hand, and owner occupants have active involvement in the neighborhoods where they buy. “You have pride in ownership,” said Kelley. “Owners take care of their homes.”

With a good number of investors out of state, the property is left to management companies who have less interest than an owner-occupant. Stats for owner occupants versus investors dovetail with the available distressed market, said Kowis. There are still investors in the market and recent numbers show between 49 and 52 percent of closings are cash transactions; a large percentage, maybe 30 to 40 percent, of cash transactions are made by investors.

Coming Up Out of the Ground

The low inventory of homes for sale in Northern Nevada hasn’t led to much new construction, in part because it’s difficult for homebuilders to secure financing for new construction. Owner-builders can find home loans, but contractors can’t, so they’re moving cautiously, with some of the larger companies building five or six new homes at a time, all pre-sold.

In Southern Nevada, though, there are new homes being built. Cadence, a 2,200-acre master planned community is set to impact the local economy with new construction jobs and new homes coming online.

Sales prices haven’t just increased on existing homes – the price of land has increased significantly too, making new home construction a challenge. Before the downturn land sold in some Valley locations for as much as $700,000 to $1 million per acre. During the downturn some areas dropped to less than $100,000 an acre. Now in Clark County prices are back up around $400,000 an acre and more than $500,000 an acre in Summerlin, more than four times what land was going for 18 months ago, according to Nat Hodgson, executive director, Southern Nevada Homebuilders.

This means a new home on new dirt will cost more than the same house built a year ago on existing dirt. Labor, material, municipality fees have all gone up, said Hodgson. “Just when you’re getting up from a 10 count, you get punched again when you’re still trying to stand up.”

Another reason the pace of new home production in Southern Nevada is off, said Hodgson, is that Clark County just wasn’t prepared with staff to process raw dirt maps because they haven’t had to for so long. “That delayed everything probably by six months,” said Hodgson, so what’s happening in June should have happened in January. If it had, new home construction would probably be off only by about 5 percent.

“It’s a great time to buy here,” said Kasama. “Interest rates are still great, you’ve got a few more choices out there with inventory now, so now you have your job, you’re secure, I think some people were treating the housing market almost like the stock market, trying to gamble on what’s a good time, what’s a bad time. The good time is now. You have the ability to purchase, it’s great interest rates, the economy is healing, we have stronger consumer confidence, so move forward with your plans and become a homeowner.”